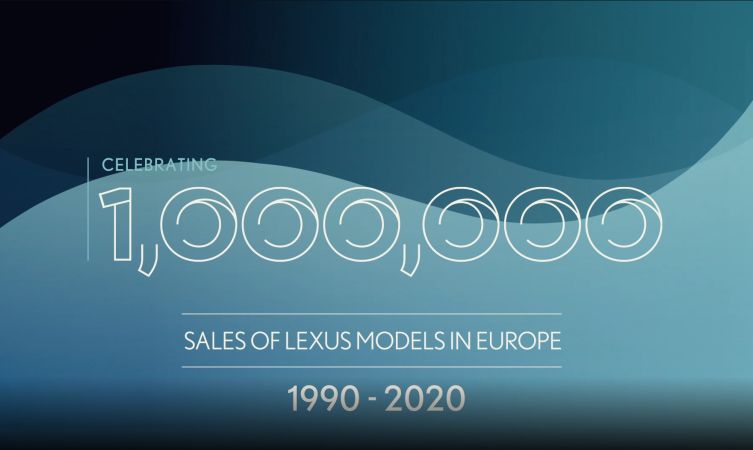 Eighteen months ago, Lexus reached the milestone figure of ten million global sales, and this year we celebrated the sale of our five-millionth SUV. Now, following the calculation of September 2020 registration figures, Lexus is delighted to announce that we have accumulated more than one million vehicles sales in Europe*. 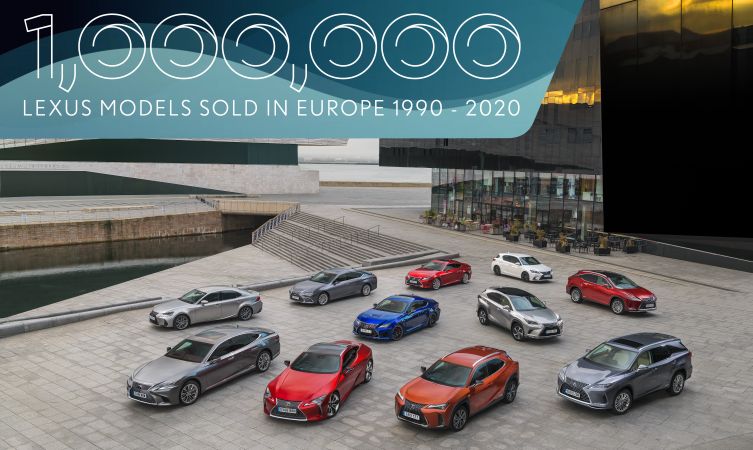 This timely achievement coincides with the 30th anniversary of our launch in Europe, as well as the start of a new era in Lexus history with the introduction of our first battery electric vehicle, the Lexus UX 300e.

Lexus has always endeavoured to chart its own course

In 1990, just a few months after the brand’s global debut in the United States, Lexus launched in Europe with a single model, the LS 400. This luxury saloon redefined the class in terms of performance, efficiency and advanced equipment features, signalling the start of a transformation of the premium car market. Following the Japanese principles of omotenashi, Lexus simultaneously introduced a new approach to customer care and service that continues to set the industry standard.

Rather than follow established norms, Lexus has always endeavoured to chart its own course, not least in taking the lead in developing hybrid electric power. Since introducing the world’s first luxury hybrid vehicle, the RX 400h SUV, in 2005, we have continued to develop the technology to achieve even greater performance, efficiency and driver rewards.

As a result, 45% of the one million vehicles Lexus has put on European roads since 1990 have been hybrids. And today, hybrid models currently account for 96% of our total sales in Western Europe.

Lexus has also closely followed the changing needs and preferences of customers by developing new models that are in-tune with market trends. This has brought a focus on SUV crossover models, which together now represent more than 80% of our sales in Europe. Of these, the recently released compact UX urban crossover has quickly become the continent’s best-seller.

Lexus has closely followed the changing needs and preferences of customers

The importance of driver rewards has not been neglected either. This is witnessed in a series of performance-focused models bearing the Lexus F designation, including the hand-built LFA supercar and the RC F coupe, a derivation of which competes in international GT racing. The spirit of these factory specials feeds directly into the standard model range in the form of sports-styled and engineered F Sport versions. 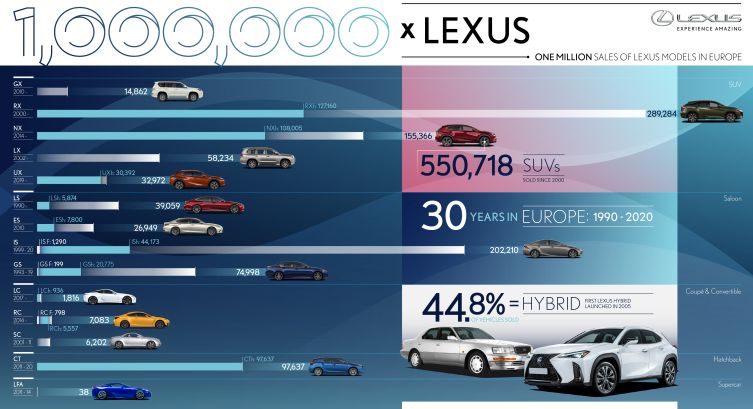 Lexus has also evolved its brand identity beyond the automotive world, such as promoting excellence in craftsmanship, supporting exciting emerging design talent through the international Lexus Design Award and helping its customers discover and enjoy amazing experiences.