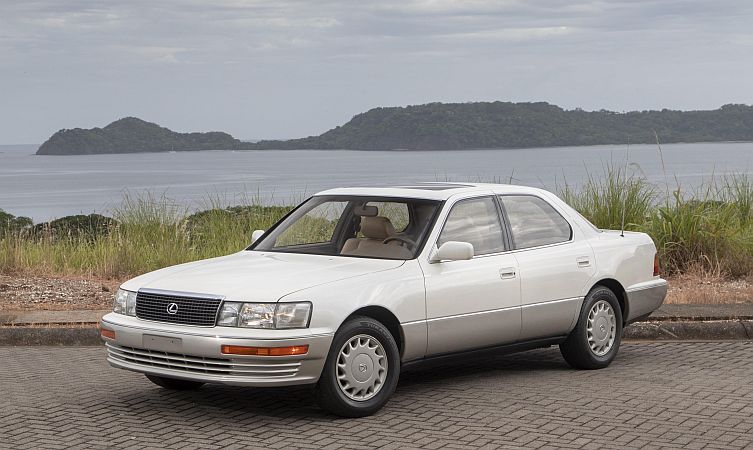 1989 was a tumultuous year. While Europe saw the wartime division between democracy and communism collapse, over in the Far East, Japan was enjoying the spoils of a decade-long boom.

But the boom had not just been about real estate prices and stock market values. This was a boom in innovation, design and manufacturing that saw Japanese companies overhaul the best of their Western rivals, particularly in areas such as home electronics, portable music and audio systems. The iPod was only invented because the Sony Walkman could deliver just 90 minutes of analogue music.

Japan’s superior manufacturing prowess had also transformed the nation’s automotive sector. Domestic car-makers had proved they could design and manufacture machines that were often the most reliable on the market. Indeed, the sales of Japanese cars were limited by the then-European Economy Community, an indication of the competitiveness of the nation’s vehicles.

Japanese industry had been concentrating on mainstream passenger cars but in 1983 the then-Toyota chairman Eiji Toyoda began the landmark Lexus project. Its task was to beat European luxury car makers at their own game.

Arguably the biggest hurdle for the fledging Lexus project was not engineering excellence – parent company Toyota had already proved its capabilities – but the challenge of finding a convincing form, a design language that would express the underlying attention to fine detail and convince potential buyers that Lexus was a start-up luxury brand worth investing in.

The first-generation Lexus LS was shown in January 1989 and was very different to the typical Japanese form. The hard edges and finely detailed body pressings (sometimes explained as giving strength to lightweight panels and a neat echo, perhaps, of Japan’s paper-folding Origami technique) had been swept away for big, clean surfaces with an absolute minimum of unnecessary decoration. But the fresh, uncluttered look of the LS also allowed Lexus to demonstrate its supreme skill in body engineering.

Where the old-world European competition used endless chrome strips and flashes to cover joints and disguise door construction that had hardly changed since the 1960s, the LS was dramatically more modern. The front doors of the LS were pressed in one piece, including the frames, allowing the door to sit on the car’s body side, rather than being recessed.

The engineering of the rear door was an even more audacious celebration of Lexus’s abilities. Its trailing edge was defined by a beautifully accurate shut line that carved down the middle of the roof pillar, something rivals could not – at the time – engineer. Even the simple recessed door handles were a lesson in intelligent product design. Less, in this case, being much more.

The nose design, after exploring something more futuristic, was a nod to convention, albeit with a twist. The LS grille was modest and had the barest of chrome embellishment and the headlights were large and simple, but the front bumper was another industrial design re-think. By fitting one well-crafted piece rather than an assembly made up of multiple parts of multiple materials, the final product looked modern and would stay that way as it aged.

But it was the interior of the LS that really upended the accepted luxury car typology. Established European luxury interior design was a leftover of the craft industry and bespoke coach-building.

Lexus designers replaced the idea of clunky switch gear and dashboards assembled from separate pieces with something altogether more slickly integrated. Echoing the Japanese redefinition of home electronics, the centre stack was a beautifully-organised panel of switches and small displays backed up with graphics and backlighting of exceptional clarity. Even the auto-shifter had been rethought with an effortless, straight-through shift pattern and a properly ergonomic lever cap, a world ahead of the established luxury market leader.

It’s worth examining the 1989 LS in detail because the philosophy applied when launching the Lexus brand – drawing an aesthetic from the company’s world-leading engineering and production abilities – has been held right across the last three decades with, as we’ll see, the addition of new design ideas drawn from uniquely Japanese culture.

Lexus expanded across the 1990s, establishing itself as a benchmark for quality and customer service, but it also launched one car which is still profoundly influencing the global car industry.

The 1999 Lexus RX was the original crossover, a precise merging of a luxury saloon and an SUV. Unlike the converted trucks that preceded it, the RX delivered the perfect mix of utility, road car performance and refinement. And like the LS, the RX stripped back the accepted aesthetic of its intended market and polished it into something much cleaner and more modern, with the high but sloping roofline and more dramatic window graphic standing out.

Across its first ten years, Lexus had reset the design expectations for luxury vehicles and defined the crossover. But Lexus designers were already working on a new aesthetic philosophy that would be both more distinctive and more natively Japanese.

Dubbed L-finesse, work began on this new design language at the turn of the century and the first hints appeared with the 2006 GS saloon. The nose of this car was defined by much crisper and fine-edged panels, with distinctive chrome flashing around the outer headlamp and recessed grille. It also featured a gentle shoulder edge which grew from the swages pressed into the bonnet and ran down the side of the vehicle before concluding around the tail. Origami was making a comeback in these most Japanese of cars.

It was a sign of the emergence of a new philosophy that would be grown over the next 15 years. Lexus describes L-finesse as being represented by three Japanese characters which translate as ‘intriguing elegance‘, ‘incisive simplicity‘ and ‘seamless anticipation‘. The Japanese concept of kirkaeshi was also said to be part of L-finesse.

Kirkaeshi is a practice exercise in Kendo (ancient Japanese swordsmanship) that translates as ‘cutting repeatedly’ but based around the principles of timing, accuracy, rhythm and smoothness. It’s immediately clear how these principles can be directly applied to vehicle styling. Imagine a clay buck being addressed by a Kendo expert, using his sword to hack away at the clay, creating surfaces that are both concave and convex. There’s also a suggestion here about ancient Japanese expertise in forging ultra-sharp knives, honing them through endless stages of refinement.

The 2011 GS saloon saw the introduction of the new Lexus nose design. More edgy and characterful, it had a deep chin scoop and the first hint at what would become the Lexus spindle grille.

2011 also saw the debut of the remarkable LFA supercar, which set new design standards for the precision of its details and surfacing. Features such as the air intake above the rear wheels and the fine edges on the corners of the nose showed that Lexus’s skill in pressing body panels and assembling complex designs remained unmatched.

L-finesse peaked with the LC coupe, which applied kirkaeshi principles in full effect, with the nose especially defined by swirling wafer-thin and razor-sharp shut lines. Even the headlamps appear to have been cut to shape by the tip of a sharp Japanese blade. L-finesse had been worked into a creative end state that, like the LS 30 years before, demonstrated Japan’s extraordinary production abilities.

Which brings us to the new Lexus LF-30 concept. With electric drive going mainstream – some 16 years after Lexus unveiled the remarkably prescient RX 400h hybrid electric crossover – L-finesse is being re-invented for a new age.

With this concept, the Lexus design team is experimenting with rethinking aspects of the original philosophy such as the spindle grille, by expanding it and blanking it out, using it as a graphic element and as a way of pushing air into much smaller side intakes. After all, an electric car does not need to ingest huge amounts of cooling air.

The sinuous headlamps of the LC have been reduced to slithers of LED light while the rear light clusters have escaped the confines of the tail and spread across the rear of the car. Although the huge, almost organic, vent in the side is a concept fantasy, it suggests that Lexus is ready to extend its lead in body-pressing technology.

The LF-30 signals the beginning of the next 30 years of Lexus. But the brand’s cars will always be as finely detailed and beautifully assembled as the original model, a design signature that won’t date.