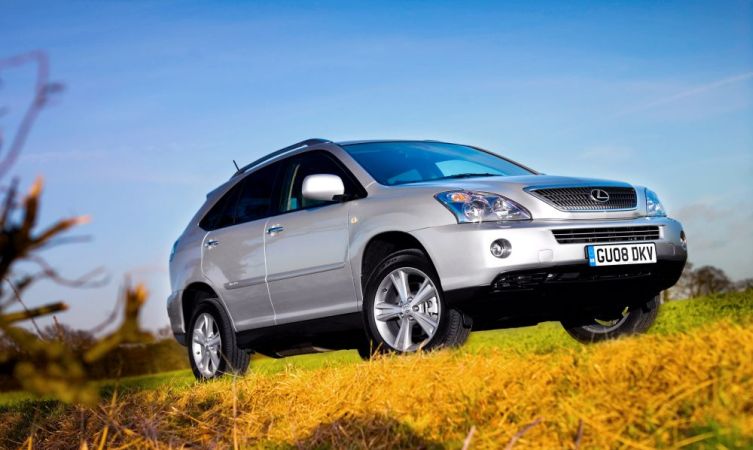 In May 2004, the British public was offered its first chance to examine the new Lexus RX 400h, the world’s first luxury hybrid vehicle. The debut of our new SUV at the British International Motor Show signalled the start of a technology revolution in which Lexus has consistently led the world’s premium market. Today, hybrids account for 99% of all our UK new car sales. 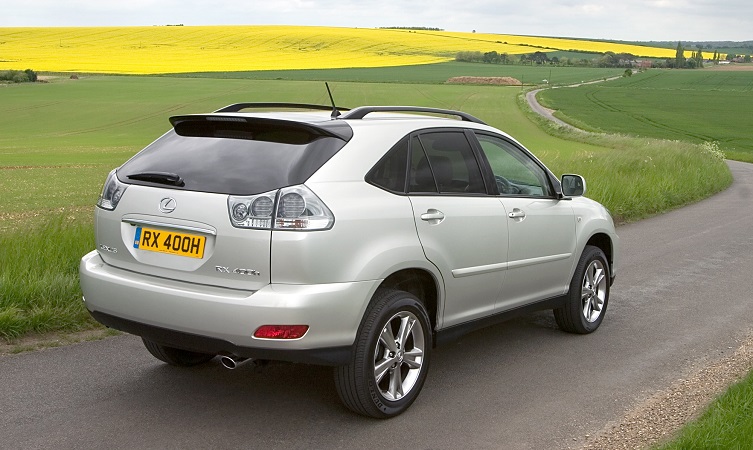 The technically advanced RX 400h broke cover at a time when the global auto industry was beginning to focus more sharply on the need to improve environmental performance and do more to conserve natural resources. Lexus seized the initiative to become a leader in alternative powertrains and the RX 400h, which went on public sale in the UK in June 2005, became the first in a fast-growing series of self-charging hybrid electric models. It was an appropriate pathfinder role for the RX, which had already effectively created the luxury SUV market on its launch in 1999. 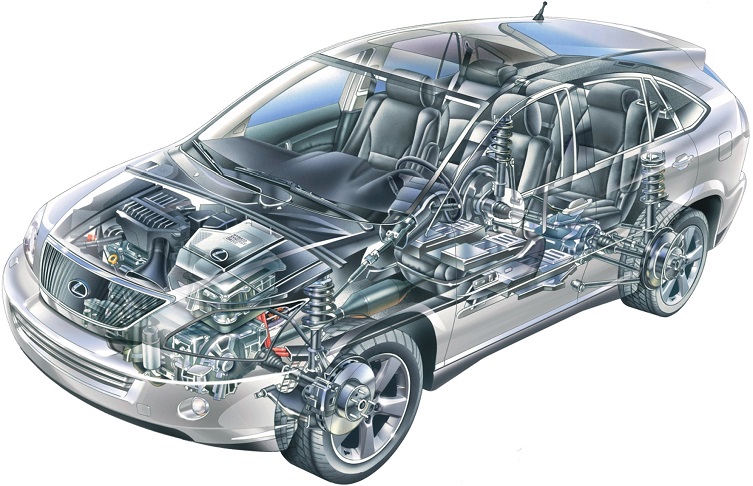 The RX 400h of 2004 continued its pathfinder role by introducing Lexus owners to electrification without range anxiety, charging concerns or compromised packaging

Not only has our hybrid range steadily increased, the performance of this technology has been constantly improved. Today, Lexus Hybrid Drive is in its fourth generation, achieving higher fuel economy, lower emissions, while enabling much greater distances to be covered in all-electric EV mode, with zero fuel consumption and tailpipe emissions. At the same time, overall power, responsiveness and driving quality have also been taken to a higher level. 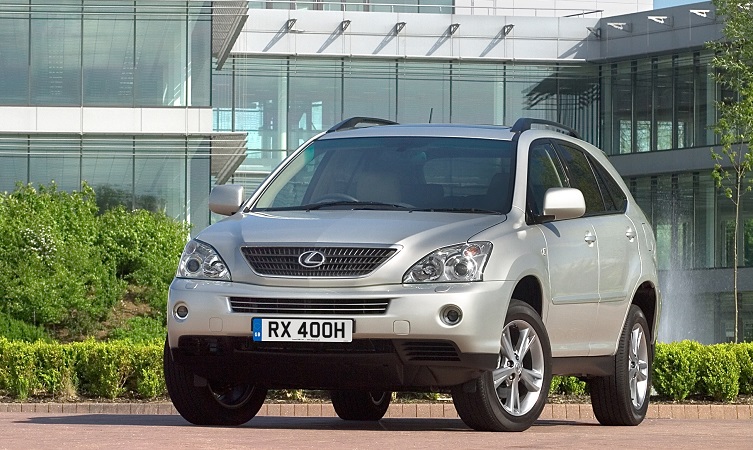 Introducing his new model in 2004, chief engineer Osamu Sadakata highlighted how parent company Toyota was committed to becoming a leader in environmental performance, improving the performance of its conventional engines, exploring the use of alternative fuels and popularising ‘clean energy vehicles.’ For Lexus, the aspirations of premium sector customers also had to be satisfied, which made hybrid the perfect solution with its seamless, refined and relaxing performance.

“I think the use of hybrid technology will grow and spread through the market,” said Sadakata. “Currently the issue is all about how to use petrol as efficiently as possible, allied to the greater horsepower you can achieve. This is what is behind the fun-to-drive aspect of the RX 400h.” 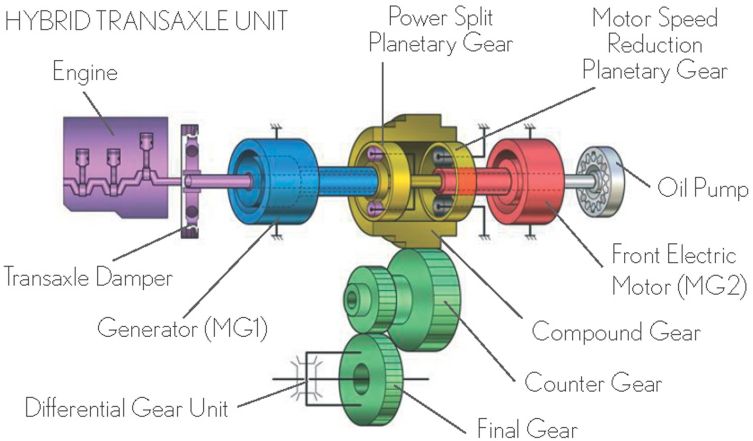 The arrival of hybrid power in the luxury car market may have been the headline, but even then, Sadakata was looking further ahead and making clear that hybrid was just the starting point. “There is another technology – the fuel cell. It’s not that we’re dividing these two technological fields, it’s merely that fuel cell technology is so complex that we see hybrid drive systems as the essential first step to its successful development,” he said. “In the end, it doesn’t matter if the power source is petrol, diesel or even hydrogen, the hybrid system serves as the most efficient way of using energy.” 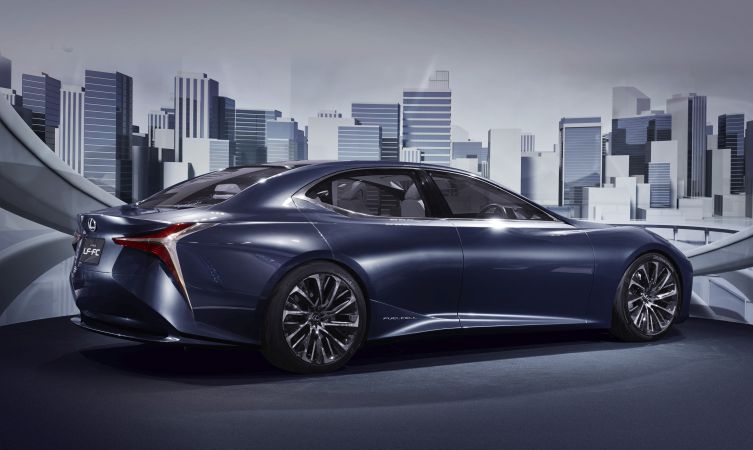 In fact, it was only nine years before Toyota delivered Mirai, the first hydrogen fuel cell saloon to reach the marketplace. One year later, Lexus presented its first fuel cell vehicle concept, the LF-FC flagship saloon (above), at the Geneva International Motor Show.

Many years on from the RX 400h’s debut, the RX remains one of our top-selling models and has inspired the development of the mid-size NX and compact UX SUV models. Since launch, over 500,000 hybrid RX models have been sold worldwide. 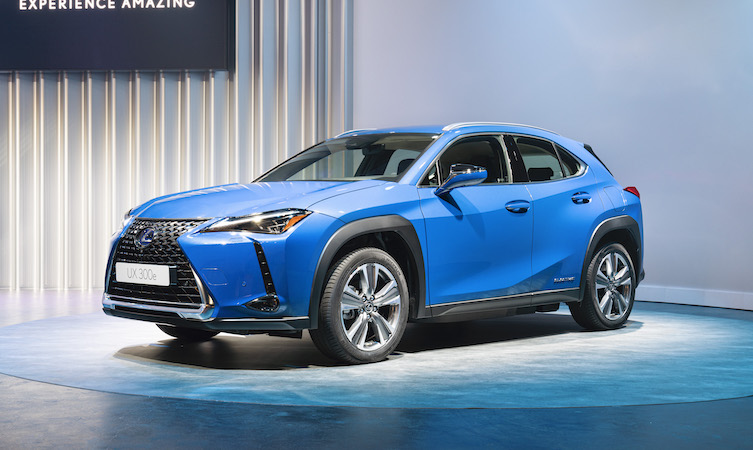 Today’s RX range is a perfect expression of luxury craftsmanship and intelligent application of new technologies for higher levels of safety, comfort and on-board connectivity. And now, our smallest SUV follows the RX 400h as an innovator, with the UX 300e  being our first battery electric vehicle.

Read more: What happened when we bought a 13-year-old Lexus RX 400h?