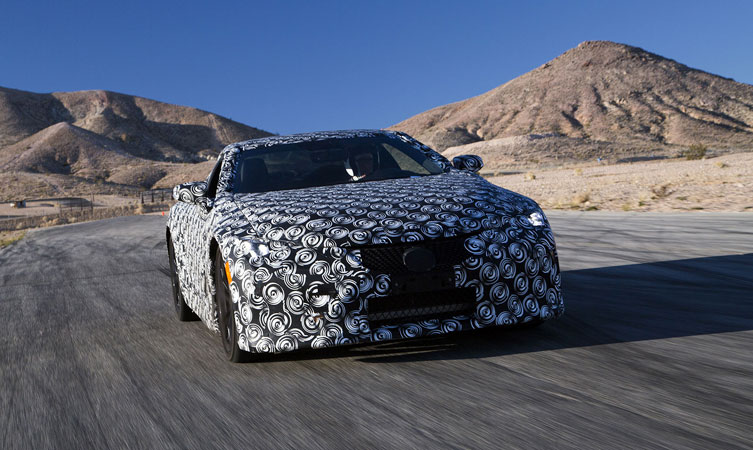 Automotive journalist Andrew English was one of a select few who have driven a prototype of the Lexus LC 500 and 500h. In this post he reveals what it was like to be involved in the car’s development.

As the press corps moves on from the Geneva Show and the launch of the new Lexus LC 500h hybrid super coupe, I’ll be thinking about the talented team of professional engineers facing their biggest challenge in the next few months and my happy memories as one of Sato-san ‘irregulars’.

For the past 18 months I, along with a small team of hand-picked journalists, racing drivers and keen driving dealers, have been part of Koji Sato’s irregular army, the LC chief engineer’s outside development squad. 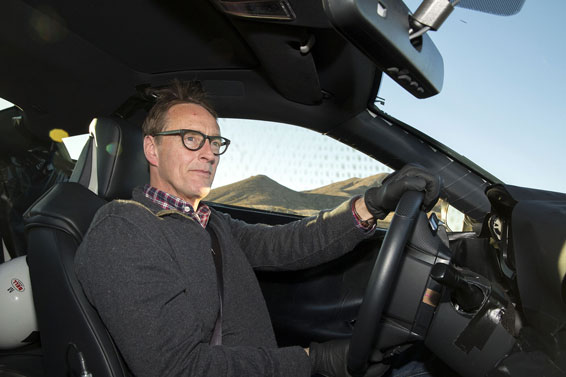 To have non-employees drive a highly confidential prototype is a sensational thing to happen at a secrecy-obsessed Japanese firm like Lexus. But then it was also a very special set of circumstances that led to it happening…

The story goes back to the 2011 Pebble Beach Concours d’Elegance, which is when Akio Toyoda introduced the fourth-generation Lexus GS saloon, with its “new face” of spindle grille, gaping intakes and heavy creasing.

At that time Lexus had more issues than just the appearance of its cars. The company’s 11-year run of premium-market leadership in the US had just come to an end. Merely providing reliable and well-made cars, with golf-bag friendly luggage spaces and keen prices, wasn’t enough. German rivals had introduced better looking, better driving and more desirable automobiles.

At Pebble Beach, Akio, a keen race driver and driving enthusiast, promised to restore emotion to the brand.

Sato-san commented: “That Pebble Beach speech was the starting point; we’re not just making a coupe, we’re creating a new generation of Lexus.”

He felt that such a radical change ran the risk of the development team being too insular. Hence his team of irregulars; though it all very nearly came to grief when one of his team heavily crashed the prototype into a mountainside just before the irregulars arrived for the first test in California. The mountain course was rapidly swapped for a coned-off run round the Rose Bowl car park in Pasadena.

But trust slowly built between the irregulars and Sato and his engineers; men such as Yoshiaki Ito, Lexus’s chief expert in advanced technical skills, who’s grudging respect finally penetrated through his inscrutably mean-looking shades.

The second test involved throwing the tape-disguised prototype up and down Mount Wilson along with the benchmark cars: BMW 650, Lexus GS F, Maserati GT, Mercedes SL and Porsche 911. 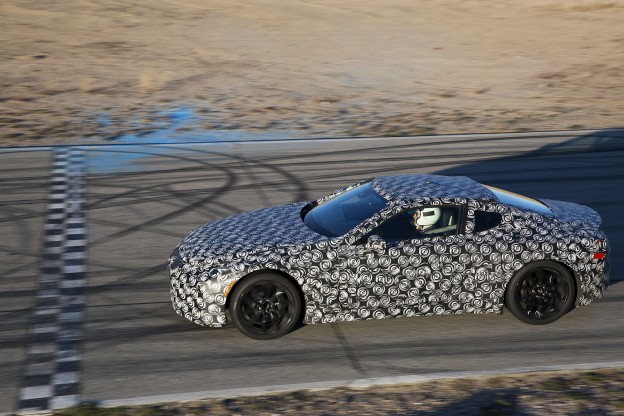 Each day began with a briefing, and each day ended with a 45-minute grilling by Sato and his team, which was absolutely exhausting. The test regime became known in my family as “all the meals I’ve never had”, as I invariably had to go to the airport rather than have supper with the team.

The final test was Willow Springs, in California, near Edwards Air Force base in the Mojave desert.

Both the petrol and the new Multi Stage Hybrid were presented here and frankly it was the hybrid that presented the more mouth-watering prospect. Its 3.5 litre V6 engine still powered two electric drive motors, but the Lexus hybrid system’s continuously variable transmission is augmented by a new four-speed automatic transmission.

This new multi-stage system helps more accurately control the link between the driver’s right foot and the reaction of the drive line.

The idea is that the transmission should feel as if there are 10 gears (like the V8’s 10-speed auto) when you switch to manual mode. So each of the first three automatic ratios is divided by three virtual ratios with the top gear an overdriven ratio to improve fuel consumption and reduce CO2 emissions. I’d also been told that the electric drive mode might be extended to above the UK speed limit, but that wasn’t under test today on this winding track.

Up to now, transmission expert Koji Ohshima and I have had some hilarious moments in the development of this all-new driveline. On Mount Wilson, he had crammed himself, two computer screens and a huge data-processing unit into the back of the LC 500h as I launched the car up and down the sinuous mountain road. He’d be changing programs on the move to improve the feel of the virtual gear changing compared with the real changes, though heaven knows how he didn’t get car sick in the process.

At Willow Springs, there was a huge improvement between real and virtual, with only the slightest softness on the virtual changes betraying the difference. And what a machine the hybrid proved, wagging its tail on the exit to the long straight with genuinely sharp and accurate steering and a directness to the throttle control that allowed you to exploit a fine handling balance.

It felt heavy, but exploitable and for a car aimed at the sports GT market, this was fine handling indeed. I talked to Koji-san afterwards and congratulated him on what must have been a massive effort of calibration for the new transmission, he grinned, but frowned when I mentioned the softness of those virtual gear changes in some circumstances and rushed off to his computers. Clearly what I felt might be acceptable, wasn’t to him.

A word about tyres here, since both the LC 500 V8 car and the hybrid were wearing the latest in run-flat technology from Bridgestone. These tyres have a new tread pattern and rubber construction, which has 16 per cent less rubber in the side walls and a single-ply construction instead of two ply. The aim is to reduce the weight and ride quality drawback of the traditional run-flat tyre, while still maintaining the obvious advantages of not having to carry a spare. 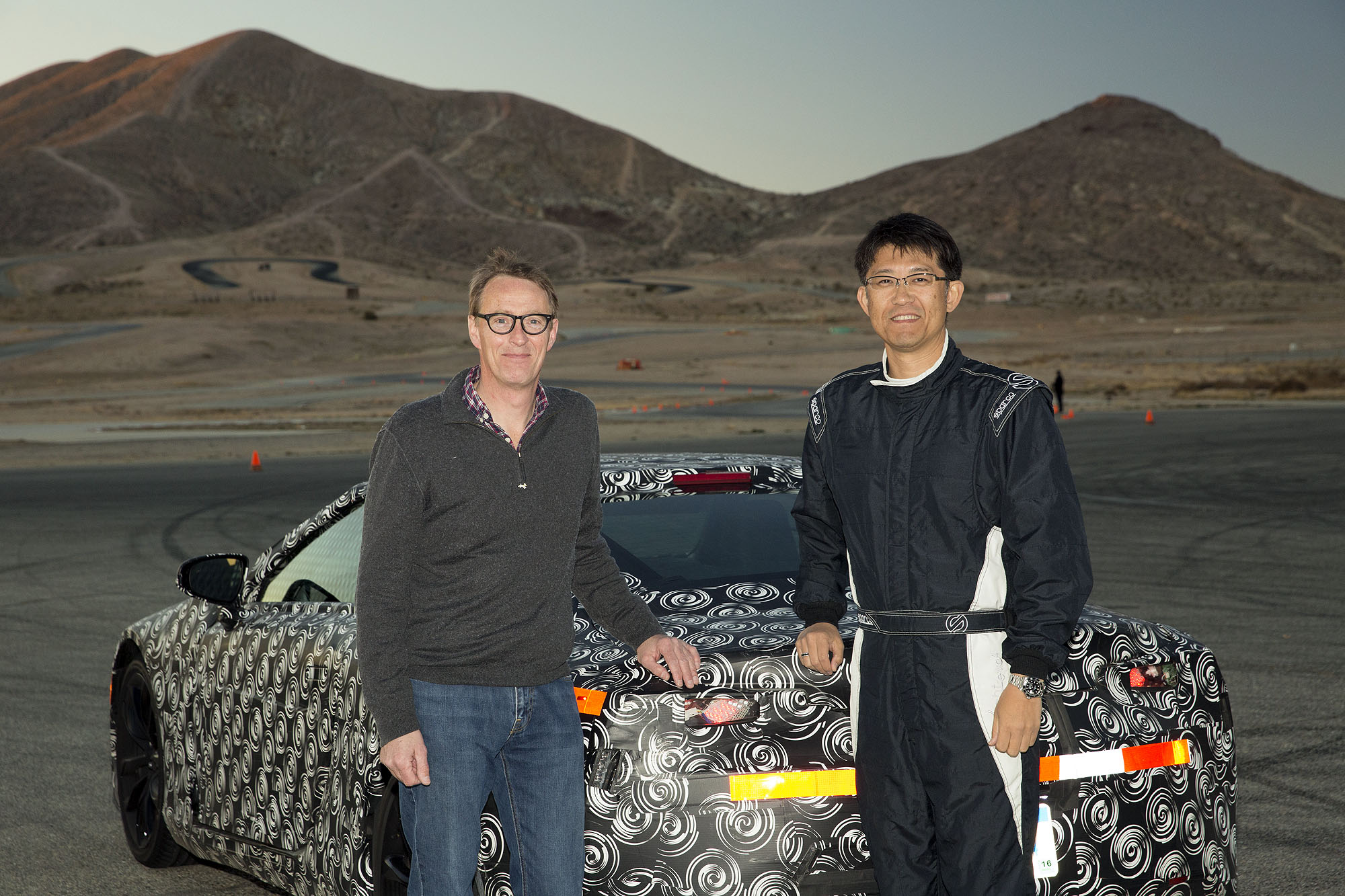 The V8 car was still very much a development hack, but its suspension was the latest specification and the car was fitted with a prototype rear-steering system which is aimed at production, but will be an option on European production cars.

I drove as hard and consistently as I knew how. Sometimes Ito was in the passenger seat, sometimes not. The 467bhp/527Nm, 5.0-litre, quad-cam V8’s wail filled the dry desert air and the tyres squealed in protest. It would have been heaven, but always in my mind was that 45-minute grilling at the end. I had to remember everything that was happening.

The V8’s new 10-speed automatic was the best I’d ever driven it, but I still felt the front end was too soft and the rear too wayward when the tyres slid wide, partly a problem with the rear steering, which still needs work. Sato agreed with most of this, but seemed delighted when I told him I could sense a dynamic identity starting to shine through the car.

“What I am most happy with,” he said, “is the precision of the steering and the way the yaw builds up. There’s still a gap between where we are and where we want to be and the rear end requires work, but we are getting our own ‘taste’ into the car; it’s not a BMW and not Jaguar, but a Lexus.”

I even got to eat supper that night! 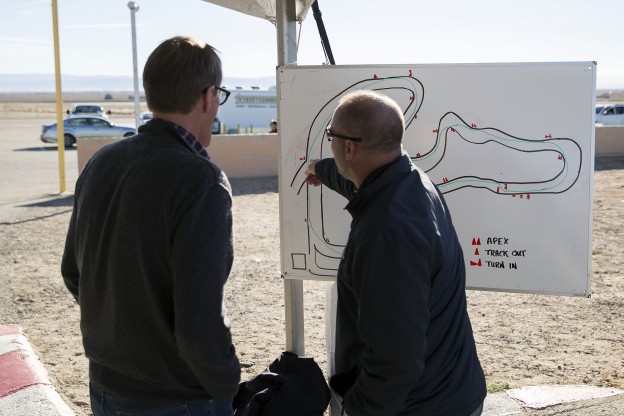 I’d thought that Sato’s irregulars were disbanded but just a fortnight ago I got the call and am off to test again next month. In the next couple of months, the Lexus team will be burning the midnight oil as they prepare the car for its late-spring engineering sign-off – it goes on sale next year in the US and Japan, later in Europe.

“We have got the basics right,” says Sato, “but it’s that last 10 per cent that is so difficult.”

That last 10 per cent has to be found for perhaps the team’s greatest challenge, Akio’s sign-off drive, takes place soon – I hope the LC passes muster.

It isn’t very often that you get to make a difference in the development of a real production car and this has been a privilege as well as an amazing programme. Good luck, Sato-san.