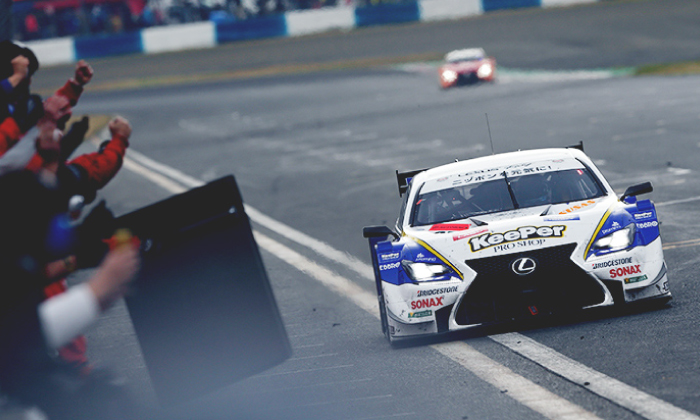 From its conceptual showing at the Tokyo Auto Salon in January to its world premier in official form at the Geneva Motor Show last month, the RC F GT3 race car has not shied away from its responsibility of taking the Lexus Racing baton from the iconic LFA.

As a mass-produced vehicle, the RC F is more adaptable to different race disciplines than the limited production LFA. The GT3 car, for example, is built around a lightened version of the production bodyshell, and its basic chassis components and V8 engine are shared with the road car.

This means the new FIA-certified coupe will bring the excitement, passion, and technology of the brand into greater contact with its worldwide customer base through legendary races such as the 24 Hours of Nürburgring in Germany and the Super Taikyu Endurance and Super GT series in Japan.

Last weekend at the Okayama International Circuit in Japan, five RC F racers delivered a mighty demonstration of their performance in the season opening GT500-class race in the Super GT series. Lexus secured a fantastic one-two finish courtesy of the efforts of the #37 KeePer TOM’S RC F driven by Daisuke Ito and Andrea Caldarelli, and the #6 Eneos Sustina RC F in the hands of Kazuya Oshima and Yuji Kunimoto. The event was rounded off with the #39 Denso Kobelco Sard RC F crossing the line in fourth position.

This result marks an exciting start to the series. Look out for round two on 3-4 May at Fuji Speedway, spiritual home of the Lexus ‘F’ brand.