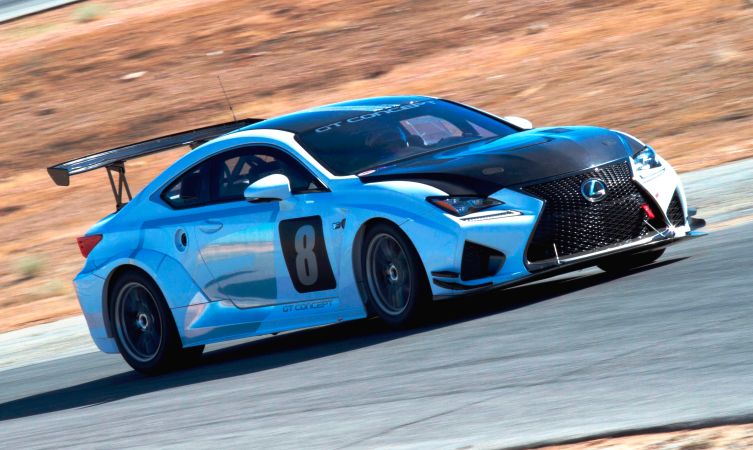 The Lexus RC F GT Concept builds on the legacy of the IS F CCS-R that took on this legendary ‘Race to the Clouds’ back in 2013, and will compete in the production-based Time Attack class. Behind the wheel will be British driving ace, FIA GT world champion, 24 Hours of Le Mans winner and automotive media personality Justin Bell.

“With very little time behind the wheel, the RC F GT Concept has already proven fast and easy to drive, very much like the production models,” commented Bell. “We expect the race car will only pick up pace as we engage more testing, tuning and data acquisition on the mountain.”

As a focused race car with a high level of composite materials, the concept weighs over 360kg less than the production car. While it retains the original engine and transmission, its state of tune will be adjusted for competition.

Just as the IS F CCS-R helped develop key powertrain components for the RC F, so the new concept will continue to elaborate on the F brand’s performance mission. It will nurture a performance engineering culture and allow Lexus engineers to experiment with prototype components, tuning ideas, settings and software development.