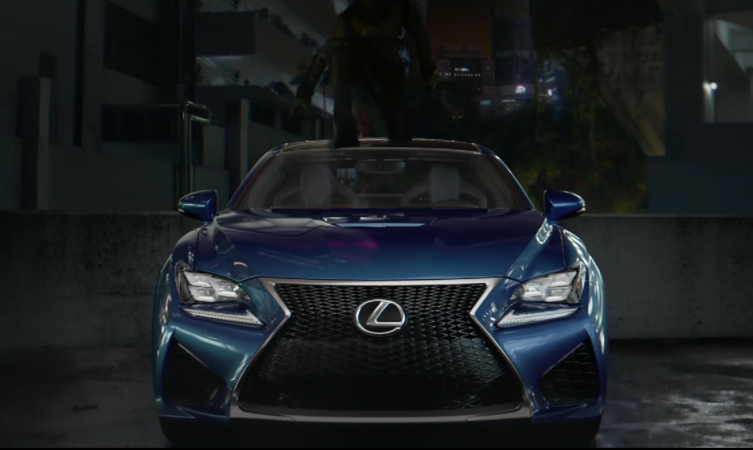 ‘Amazing in Motion’ was introduced as the Lexus mantra in 2013, coinciding with the launch of the all-new IS compact executive saloon. In the months that have followed, two short films, ‘Steps‘ and ‘Swarm‘ have been produced; their aim is to show what Amazing in Motion means, and how the philosophy is designed and engineered into our cars.

Now, a third film, entitled ‘Strobe‘, takes the concept of Amazing in Motion to new heights, as a series of performers dressed head-to-toe in colourful LEDs soared above the streets of Kuala Lumpur.

The ‘Lightmen’ were positioned on the rooftops of some of the tallest buildings in the Malaysian capital, dressed in custom-made LED suits. These were linked to a purpose-built computer system controlling each LED’s strobe pattern, one by one, creating a breathtaking display of illuminated figures seemingly flying above the city.

A team of 40 expert engineers erected and controlled the giant rigging system from which the Lightmen were suspended. The LED suits were designed by Hollywood costumier Vin Burnham – creator of the Batsuit for the Batman movies. Their work took cues from Lexus vehicles, including the hallmark spindle grille and the LED headlights featured on the RC F high-performance coupe. The suits took six weeks to make, each one containing 1,680 LEDs, all wirelessly controlled to strobe on demand.

Mark Templin, Executive Vice President Lexus International, said: “We created this global series of projects to showcase our imagination through innovative design and technology. It builds on Lexus’s ambition to connect with the hearts as well as the minds of consumers.”

The performance was accompanied by music from Computer Magic, an electronic music solo project from New York producer and DJ Danielle ‘Danz’ Johnson, who is signed to Kitsuné. Appropriately, the track is called Running.

Amazing In Motion represents the combination of striking ‘L-Finesse’ design and excellent road manners, that have come to define the latest generation of Lexus models. Further information about Amazing in Motion is available from Lexus International.

Where next?
Watch Swarm