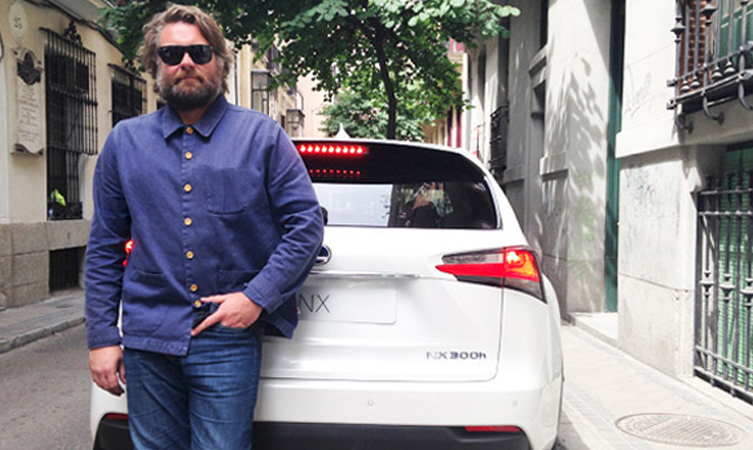 Recently Lexus chose Konrad Begg, one of the directors of Top Gear, to direct the TV ad for the new Lexus NX.

The advert was shot in Madrid and Lexus Spain caught up with him for a quick chat.

Lexus: What was your first impression of the new Lexus NX?

Konrad Begg: The design is very emotional, bold and inspired by contemporary design, and that’s what first impressed me. As for other elements that differentiate it from other Lexus vehicles, I think it is a very sharp and extremely aggressive car.

Lexus: Why Madrid as the location for the TV ad?

KB: I am interested in the idea of locating the vehicle in an urban environment and this location is much more urban than others I have filmed for Lexus. We also seek to play with the angles of the car and the corners of the city, its architecture and reflections projecting these angles.

Madrid is incredibly modern, has great architecture, fantastic light and incredible weather, as we had in the last two days of shooting.

Lexus: What is the hardest part of filming a vehicle?

KB: The most important thing in a film like this is the control of the streets, and in a city like Madrid, which has so much traffic, it is hard to create spaces to film the vehicle without anyone crossing the shot.