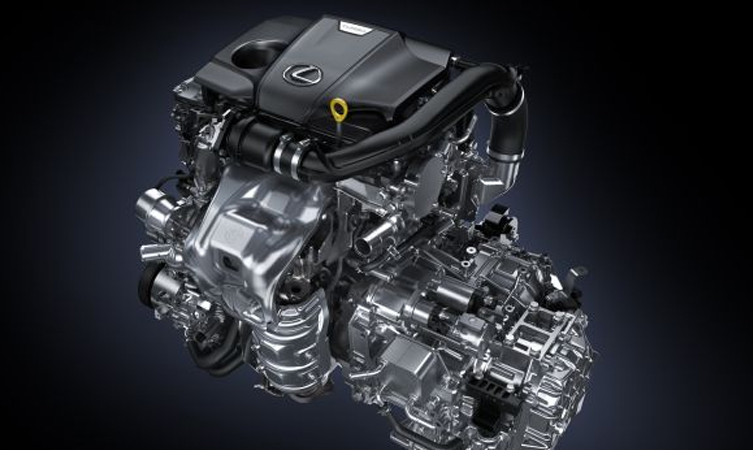 The forthcoming Lexus NX 200t premium SUV crossover will be the first recipient of the manufacturer’s brand-new 2.0-litre turbo engine (known internally by the code 8AR-FTS) when it is introduced to the range in March 2015.

This exciting new engine was revealed at the recent Beijing Motor Show, so we thought we’d share the details on its development and construction.

The 1,998cc four-cylinder 8AR-FTS was subjected to more than one million kilometres of rigorous testing during its development. It features the world-first combination of a cylinder head with an integrated water-cooled exhaust manifold and twin-scroll turbocharger.

In addition to other new technologies such as turbo-specific direct-injection (D-4ST) and continuously variable valve timing with expanded valve opening angles (thankfully shortened to VVT-iW), the engine is able to deliver both excellent responsiveness and environmental performance. Power is rated at 238PS and 258 lb/ft torque is available from 1,650-4,000rpm.

Mated to an all-new six-speed automatic gearbox that was developed alongside the engine as its perfect partner, the transmission uses a new control logic programme that ‘asks’ the engine to deliver the required amount of torque at any particular time. This two-way flow of information between the engine and gearbox ensures responsive and smooth acceleration as well as high fuel efficiency.

In addition, NX 200t will be the first Lexus to be fitted with an idling-stop system to reduce fuel consumption by automatically switching off the engine when the vehicle is idling. The system employed in NX has an extremely fast engine restart time.

Discover more about the development of the NX 200t’s turbocharged engine, as well as the hybrid engine that will power the NX 300h, from the engineers that led the project: