Skip to content
Home Cars & More Older Cars How was the Lexus NX engineered and what were the challenges? 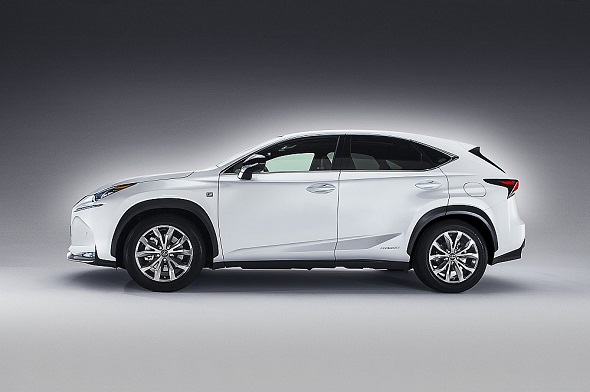 The eagerly anticipated Lexus NX goes on sale in October; we asked the model’s chief engineer Takeaki Kato about some of the engineering challenges and developmental priorities for the model, at a special preview event in London.

The NX will be the first Lexus in history to be available with a turbo engine. The 2.0-litre, 238PS unit will be available on NX 200t F Sport variants when it is introduced to the range in March 2015.

Kato cited its development as one of the biggest engineering challenges for NX and said: “Developing the petrol engine was most challenging for us because it adopts a new control logic programme that is controlled by computer and features turbo-specific  direct injection.”

The control logic programme is mated to to an all-new six-speed automatic gearbox, and instructs the engine to deliver the required amount of torque at any particular time to deliver smooth acceleration and high fuel efficiency.

Moving to the inside of the car, Kato described an innovation that stands out for its ingenuity and “Why didn’t I think of that?” simplicity: “We developed a new material for the lining of the cup holders that is non-slip, so that the driver can open a plastic bottle with one hand.” Having tested it at the preview event, we can confirm that it works perfectly.

Design, as with all models in the Lexus range, was high on the agenda for NX. Kato summed this up succinctly, saying:  “(Exterior) design played a very important role (in the model’s development), combined with the development of a cool, but luxury interior. At the same time, we needed to consider usability for customers and how to make the best use of aluminium (to save weight).”

A desire to closely adhere to the LF-NX concept car in terms of styling, presented the engineers with some unique challenges. For instance, the dramatic headlights and distinctive L-shaped daytime running lights, that dominated the front of the concept, alongside its swooping spindle grille, have been carried over to the production car.

Kato explained the reasons behind pursuing such a complicated process: “Our competitors aren’t executing lights in the way that we are – it’s unique. Having the shape that we have serves two functions – design and brightness.”

Other external lighting highlights include door handle-housed puddle lights, and upward facing tracer lights, which run along the top of the door handles, illuminating the base of the side windows.

Key to the sporty appearance of NX are the sculpted body panels – refreshing in a segment that some would say has been dominated by altogether more slab-sided designs. A wholly positive response to the look of the LF-NX concept car meant that the production NX had to cut a dash in the same way, but this brought new obstacles for the engineers.

Kato explained: “The pressing depths for the fenders was a challenge, but ultimately the challenge for us was to bring this design to life.”

The NX is available to order now for delivery in October. Prices start at £29,495 for the NX 300h S 2WD model; AWD models start at £31,495. Full pricing and specification information is available here, and you can build your NX 300h here. If you would like to arrange a test drive, leave a comment below and we’ll be in touch shortly.