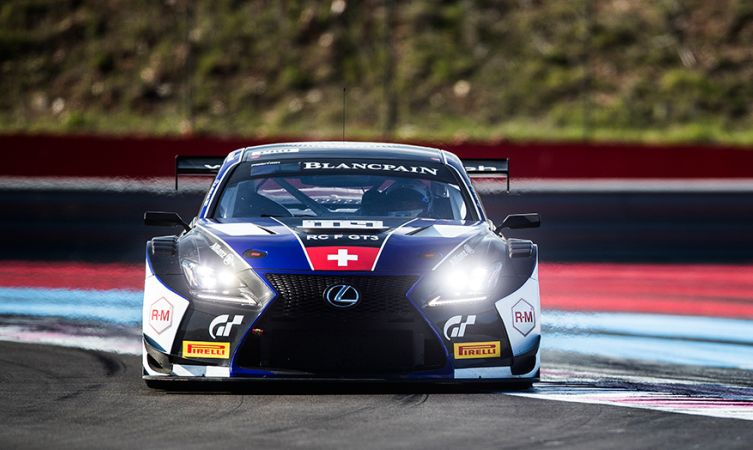 Almost immediately after welcoming the New Year, Lexus’s motorsport programme for 2018 kicked into action with the start of the IMSA WeatherTech SportsCar Championship. Three events featuring the Lexus RC F GT3 have already taken place in the sunny climes of Florida – two events at Daytona and another at Sebring – but now that spring has finally arrived, Lexus race teams in Europe and Japan will soon be able to begin their campaigns.

That season begins on 6 April with a double-header in the European Blancpain GT Series, followed a day later by the first race in the Super GT calendar in Japan.

But in the lead-up to these launch events, the respective teams have been busy conducting pre-season test sessions to fine-tune the cars and ensure they will make instant impressions on the championships. What has been the result of these sessions? Let’s find out. 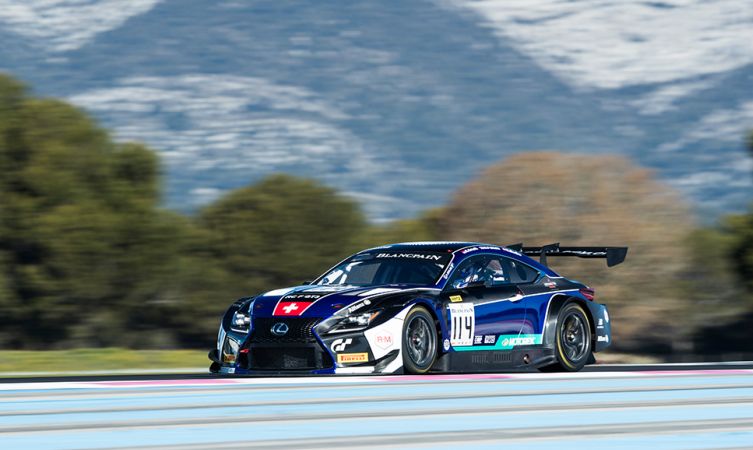 The Swiss-based Emil Frey Lexus Racing team joined 44 other GT3 cars at the Paul Ricard circuit in the South of France last week for two official test days organised by the Blancpain GT Series. Glorious sunshine and a dry track offered perfect testing conditions, which gave the drivers plenty of track-time and allowed the team to evaluate the performance of the new regulation Pirelli tyres. 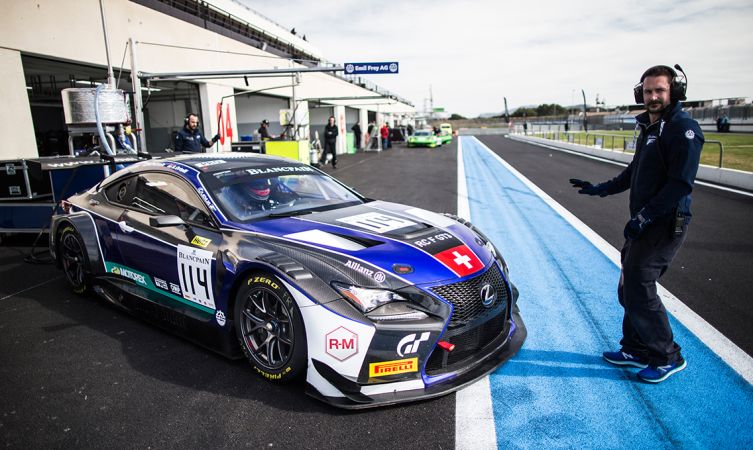 “The test went positively and without any technical issues,” reported the team’s technical coordinator, Hannes Gautschi. “The two days mainly served to give the drivers another opportunity to get to know the Lexus. In addition, we worked on further optimisations of the set-up. This was especially important since the track has been completely resurfaced and three corners have been changed. The grip level has massively increased, which was reflected in the lap times – we were about 3.5 seconds a lap faster than last year.” 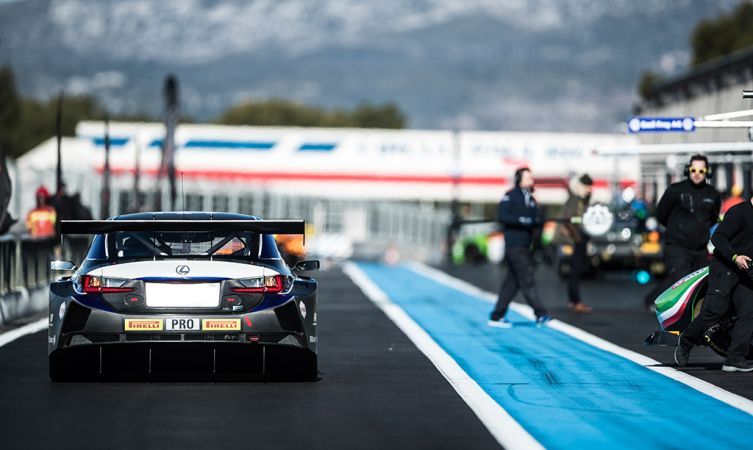 “We are very pleased with both test days,” agreed team principal Lorenz Frey. “The car drives consistently and shows good reliability, which meant we were able to complete our planned steps during the test. We are looking forward to the season because the test confirmed that we have a good package and can compete on a successful level.”

The Blancpain GT Series kicks off on 6 April at the Zolder circuit in Belgium, and the Emil Frey Lexus Racing team will now be able to return to the Paul Ricard circuit for the endurance rae on 1 June feeling well-prepared.

Organisers of the 2018 Autobacs Super GT series similarly arranged for two official test days in the weeks leading up to the launch event in Okayama on 7 April. Each test day consisted of four dedicated hours of track time, split in half between the lunch break. On both days the warm air and clear skies felt as if Japan had skipped spring and landed straight into summer, which allowed the six teams supported directly by Lexus the maximum opportunity to make preparations for the season ahead. 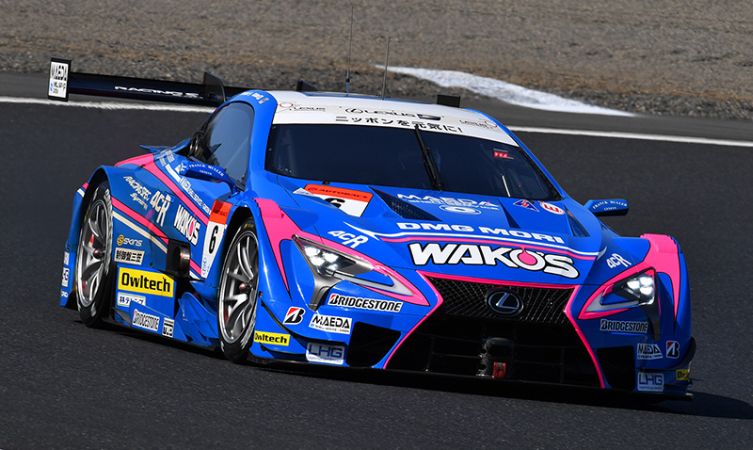 Encouragingly, in the afternoon session of the first test day at Okayama International Circuit, Kazuya Oshima in the #6 Wako’s 4CR LC 500 set a blistering pace. His lap time smashed the GT500 class track record, and was more than two-tenths ahead of his nearest competitor. Interviewed back in the pits, Oshima revealed that if it wasn’t for a few mistakes made during that flying lap he felt he could have been 0.2 or 0.3 seconds faster.

The second test day at Fuji Speedway was primarily designed to help the teams concentrate on tyre selections and performance evaluation after being loaded with success ballast, so the organisers assumed that less emphasis would be placed on lap times. But they were wrong. 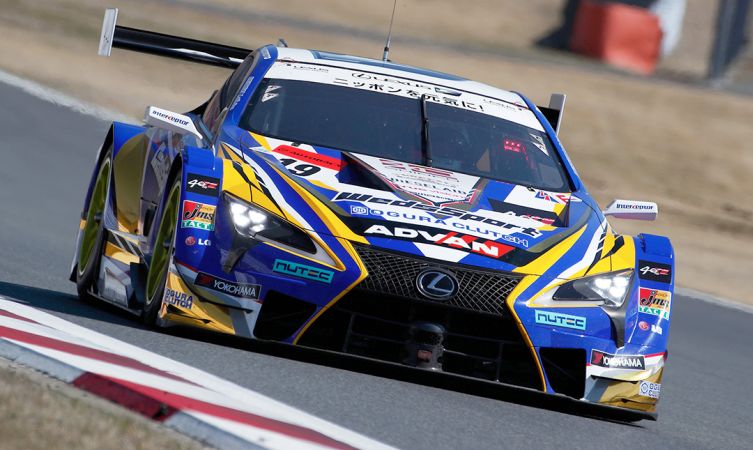 Lexus teams dominated the morning session at this ‘home’ circuit, taking the top three positions. Among these, it was the #19 WedsSport Advan LC 500 driven by Yuji Kunimoto that rose to the top of the pile. “We were not targeting [the fastest time],” admitted Kunimoto. “We were just trying to confirm which tyre felt good but this has given a boost to the team’s motivation.”

While setting the fastest time is always a cause for celebration, Yoji Nagai, motorsport development manager for the LC 500, reminded the teams of an important fact: in the same event last year, Lexus teams held the top five positions. In other words, the competition is getting more fierce and the LC 500’s advantage may not be as great in 2018. However, what you can also read into that comment is the 2018 Super GT season looks set to be even more exciting than usual.

The 2018 Autobacs Super GT series begins on 7 April at the Okayama International Circuit in Japan.