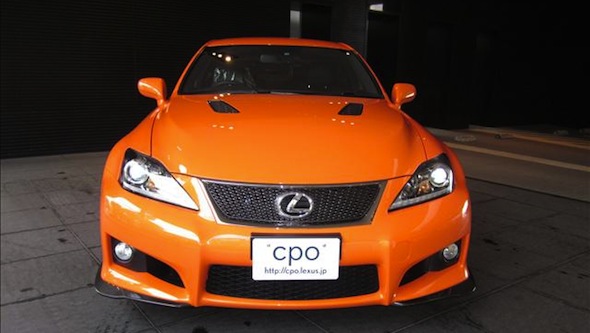 With production of the LFA ending late in 2012, this Approved Pre-Owned IS F could well be the hottest Lexus on sale right now.

To give it its full title, it’s an IS F CCS-P, and in addition to the 5.0-litre V8 engine at the heart of the IS F, features a Stage 3 Circuit Club Sports Parts package that includes a host of upgrades, including:

The car features many of the same modifications used on the IS F CCS-R, which Ken Gushi took to a second-in-class finish at the Pikes Peak International Hill Climb last year.

Find out more about the new Lexus IS here.

Thanks to Lexus Enthusiast for the tip.