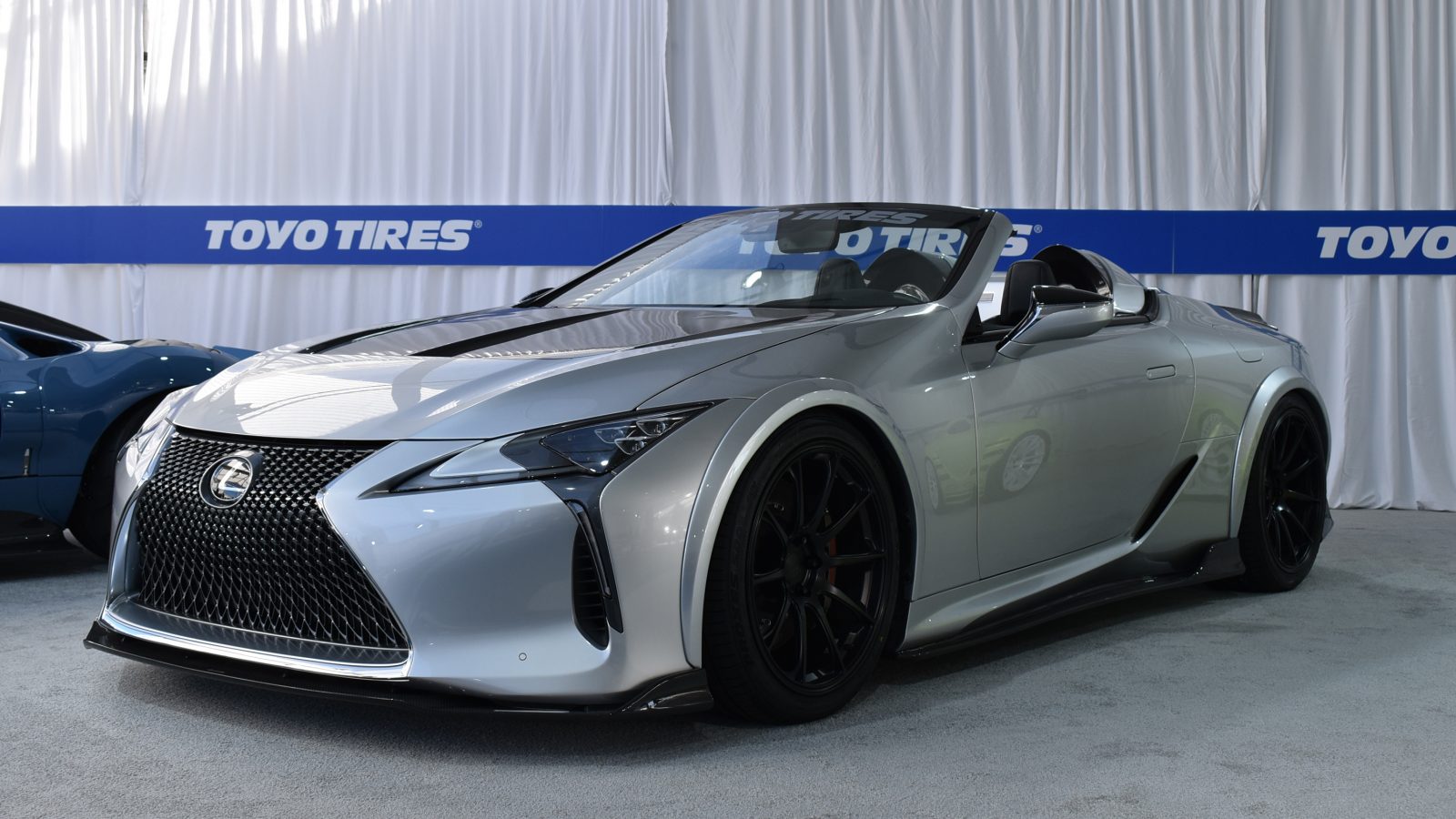 After an online event in 2020, the annual SEMA Show in Las Vegas – the biggest aftermarket car show in the world – was back to normal for 2021. More than 50,000 auto technicians, customisers, restorers, media and other professionals attended the three-day event laid on by the Specialty Equipment Market Association.

Lexus was back, too, with both an official presence and great representation from dozens of tuning enthusiasts who brought their builds to show the Vegas crowds.

Grabbing the headlines among the independent builds was Gordon Ting’s LCRacer.

What started out as a 1989 70 Series Toyota Land Cruiser ‘Troopy’ (Troop Carrier) from the Middle East has been transformed into a vision of how a Lexus version of the legendary off-roader might look. It has a rebuilt Lexus 1UZ 4-litre V8 engine swap, 5-speed transmission, 10in navigation screen, heated seats, 20+ exterior lights and an UpDownAir tyre inflation system.

A local Las Vegas GX by Matt Garcia claims to be a full-out overland build that retains Lexus’ traditional luxury. The engine is mostly untouched beneath a carbon-fibre bonnet but there are extensive suspension mods for off-road use, rock sliders and a JW Off-Road custom roof rack.

This GS served as owner Mauricio Reece’s daily driver until he decided that he wanted a serious racing machine for Time Attack and Pikes Peak hillclimb duties. The result is a stripped-out, caged GS with a huge front splitter and rear wing. Built by Attacking the Clock Racing, it’s powered by a dry-sumped, turbocharged 2JZ engine that makes 800bhp.

This well-known custom Lexus LS 460 is a SEMA returnee. It has AccuAir air suspension, R1 brakes and Toyo tyres.

Elsewhere, Lexus USA revealed two concept builds based on the IS saloon and that were completed in conjunction with racing drivers and brand ambassadors, Townsend Bell and Scott Pruett.

The Lexus IS 500 F Sport Performance goes on sale in the USA for the 2022 model year. To further enhance this 472bhp sports saloon, Bell worked with Hiraku Co on a 3D printed body kit, induction and exhaust modifications, app-adjustable throttle response and Rotiform LAS-R wheels with first-of-their-kind transparent Aerodisc covers.

Meanwhile Scott Pruett teamed up with DSPORT Magazine for the first phase of a longer project to transform an IS 350 F Sport into a dedicated track car. Future phases will double its horsepower but for SEMA 2021 there. was KW Variant 3 suspension, carbon-ceramic brakes and an exterior makeover that references Pruett’s helmet colours, wrapped over the global debut of Artisan Spirits’ body kit.