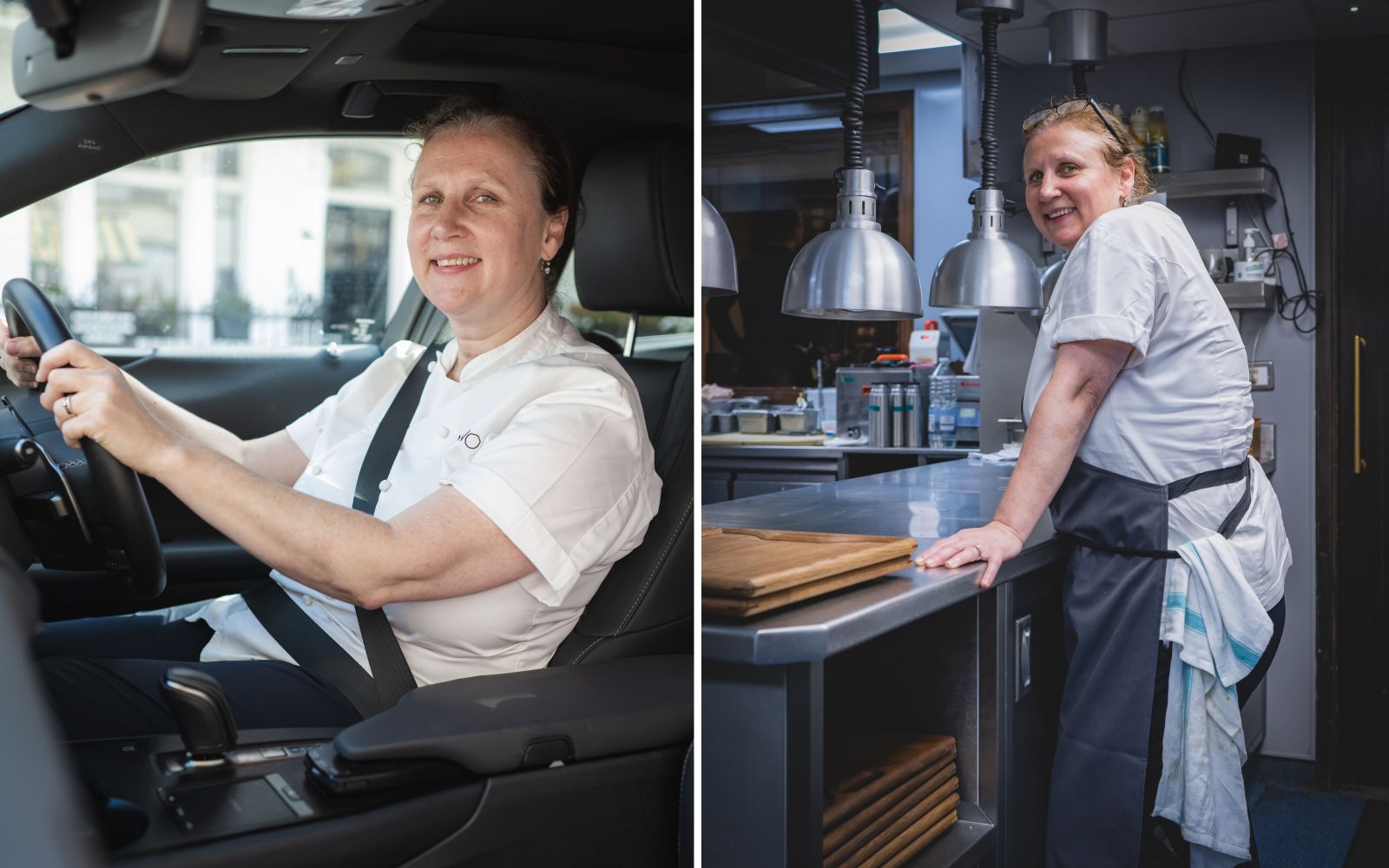 Lexus owner Angela Hartnett MBE is the chef proprietor of Murano, her Michelin-starred restaurant in the heart of London’s Mayfair district. Earlier this year she converted from one of our hybrid models to the all-electric Lexus UX 300e compact SUV.

As one of the earliest adopters of our new zero-emission model, we wanted to have a chat with Angela about how the UX 300e is complementing her life and work in the centre of London. You can watch the video of our conversation below.

We found it interesting that Angela felt the UX 300e was not only the best option for city life but the most ethical form of transport for a person who is passionate about crafting quality food from earth’s richly diverse produce.

The life of a chef is often busy and fast-paced. Yet while Murano’s warm hubbub and the attentive care of its waiting staff creates an inviting atmosphere for diners, Angela relishes the bubble of calm and hospitality that the UX 300e provides on the commute to and from work. Even the stop-start nature of London traffic fails to sabotage that feeling as the Lexus only draws on its charge when needed.

The straightforward nature of driving the UX 300e also resonated with Angela Hartnett in that it parallels Murano’s philosophy to food. The restaurant’s dishes may have their roots in traditional Italian classics and at first appear understated but there are usually many complex processes involved in their creation. Similarly, the UX 300e shares much of its DNA with its hybrid sibling but builds on more than 15 years of electrified vehicle technology to take our vision of electrification to the next level.

Having made the switch to all-electric with her Lexus UX 300e, Angela is convinced that she will never go back to a car with an internal combustion engine.

This is an interesting admission because many people would say that Angela Hartnett’s home circumstances are not immediately conducive to electric car ownership. She lives in the Tower Hamlets borough of East London and her terraced house does not have a driveway, so she therefore cannot charge the car using a home wall box.

To solve this issue, Angela has forged a simple routine that provides easy opportunities to charge the batteries while doing other things — activities she would normally carry out anyway. Public fast-charging points in service stations, supermarkets and parks, for example, have now become the base for daily dog walks, while quick top-ups of the UX 300e are often combined with a coffee break.

So by planning ahead and combining charging with other necessary jobs, Angela has found that range anxiety need never be an issue. In fact, her new routine is actually freeing time elsewhere in her day. And as any busy restaurateur will tell you, time is a precious commodity.

Learn more: In the Zone with Angela Hartnett