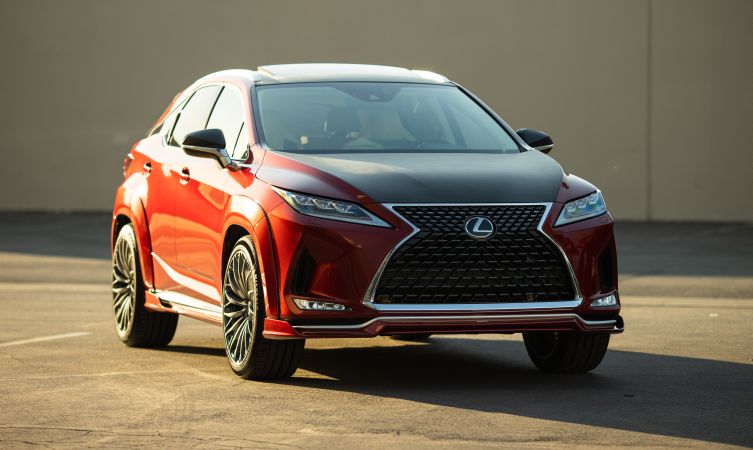 What do the following five Lexus models have in common: the Lexus IS F, RC F, GS F, LC 500 and the fourth-generation Lexus RX pictured in these images? The answer is that they are all powered by essentially the same V8 engine.

But there is an odd one out. One of these models was never conceived or produced with a V8 engine, even though the thought of such a powerplant sounds such a plausible idea. Which is precisely why the concept of creating a one-off, V8-powered Lexus RX has been the subject of many discussions between the marketing team at Lexus USA and serial Lexus modifier Gordon Ting.

Last year, however, the opportunity presented itself for Gordon to explore this concept and transform it from being a theoretical exercise to a one-off reality. The California-based specialist was ideally positioned to take on this commission, having masterminded the construction of a number of outstanding, world-first Lexus projects. With the assistance of close contacts within the aftermarket industry, these creations have usually been unveiled at the annual SEMA show in Las Vegas. But while circumstances have dictated that this latest reveal would be virtual, the result is no less enthralling.

Work began by sourcing two vehicles: a donor and a recipient. Lexus USA already possessed a 2016 Lexus GS F that had been used extensively for marketing, while the latter, a nearly new US-spec RX 350 with all-wheel drive, was chosen primarily because it was available rather than being the most ideal candidate. In fact, as Gordon soon discovered, very little about this project was straightforward. 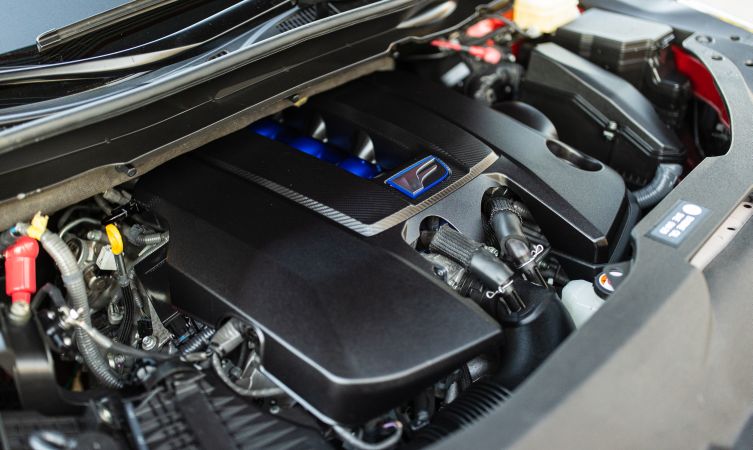 For instance, you might think that the ‘V’ configuration of both engines would be helpful in mounting the GS F’s eight-cylinder 2UR-GSE in place of the RX 350’s six-cylinder 2GR-FKS. But that was not the case. The immediate issue involved converting an engine bay designed to host a transverse-mounted engine and transaxle gearbox to carry a longitudinally mounted engine and in-line transmission. 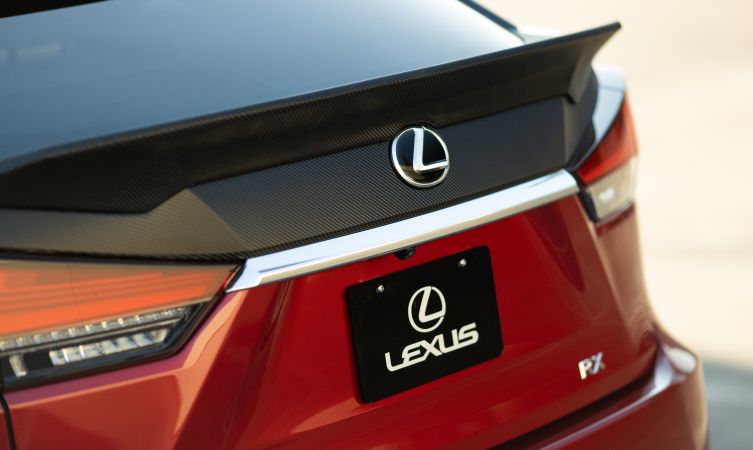 Rotating the powertrain configuration counter-clockwise by 90 degrees proved to be an engineering nightmare. As this is the first conversion of its kind, no adapter parts were available within the aftermarket, so custom mounts had to be fabricated throughout. And just to ramp-up the level of difficulty, the original transverse layout of the RX requires very little space to accommodate the driveshaft to the rear wheels. A significant amount of metalwork therefore had to be removed from the centre of the chassis to create a broad new transmission tunnel for the GS F’s eight-speed transmission. 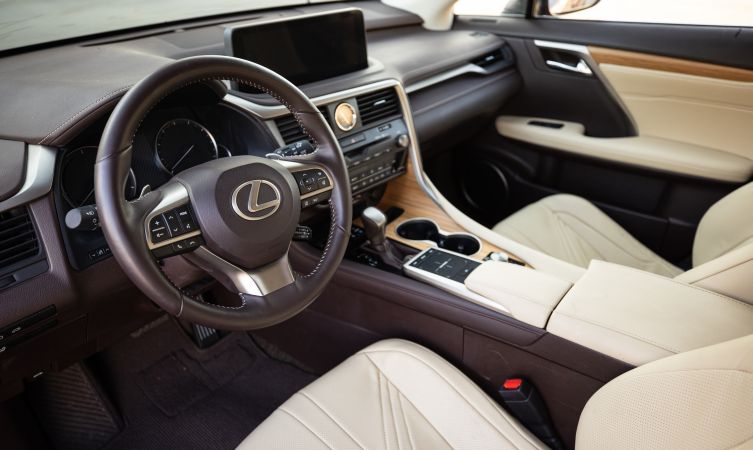 Incredibly, the only visible alteration from the driver’s seat is that the shift lever has moved just a couple of inches

Major reinforcements were introduced to restore chassis rigidity and the length of the GS F’s driveshaft had to be modified to mate securely with the rear differential – a component sourced from a previous generation Lexus GS. But from the driver’s seat, the changes are virtually indistinguishable. The steering wheel, instruments and pedal box are the same, though the shift lever now protrudes from the centre console just a couple of inches away from its stock location. 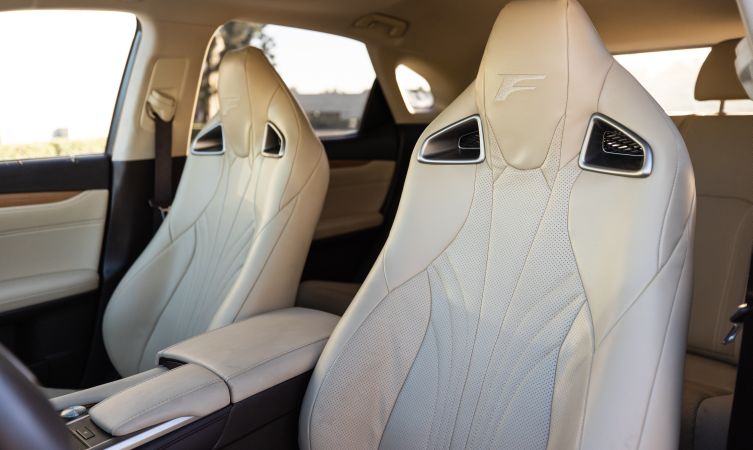 As well as its V8 engine and eight-speed transmission, the donor GS F was asked to relinquish its sculpted front seats for the greater good

From an exterior perspective, the Lexus RX V8 has fulfilled its newfound status as a performance derivative by becoming somewhat more muscular. Styling house Artisan Spirits jumped on-board and specially adapted its Black Label wide-body arch conversion to suit this non-F Sport model, while Rays Engineering and Michelin joined forces to fill out this extra width with an aggressive 22-inch diameter footprint. Visible between the spokes of the front wheels is a hard-gripping Brembo big brake conversion with six-piston calipers, but appearing on all four corners is a height-adjustable Tein suspension set-up that has been installed to create the perfect circuit-ready stance.

Revealed to the world as an utterly convincing proof of concept, Gordon has now been commissioned by Lexus USA to move on to the next stage of the development project. It will involve making this V8-powered Lexus RX not just look the part but act the part as well. We cannot wait to see how Gordon will successfully inject the ‘sport’ in this sport utility vehicle.