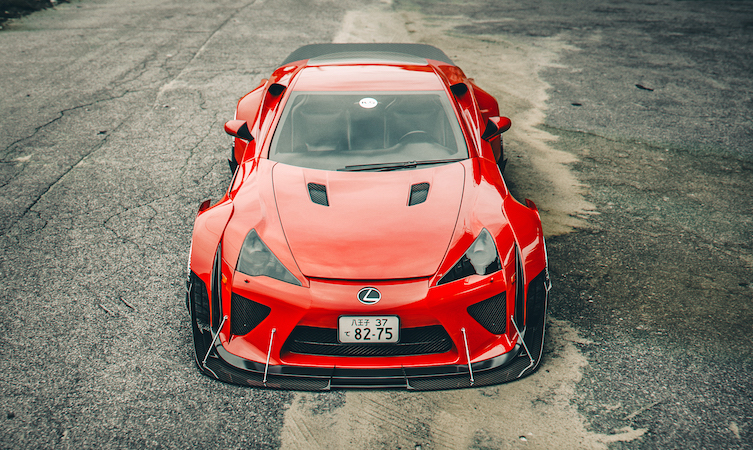 The Lexus LFA has been around for ten years, so you might be forgiven for thinking that you have probably seen everything to do with the car – think again. Ever heard of a Lexus LFA being driven on snowy Swiss mountains, or clapped eyes on the bodacious render by The Kyza? We’ve raided the archive and asked photographers and artists alike to provide us LFA images that show the car as you’ve never seen it before… along with a few extras too!

Is it ever appropriate to modify a Lexus LFA? Khyzyl Saleem (AKA The Kyza) has and then some in this stunning render. There’s probably nobody better to create an extreme, heavily modified widebody version of the supercar. 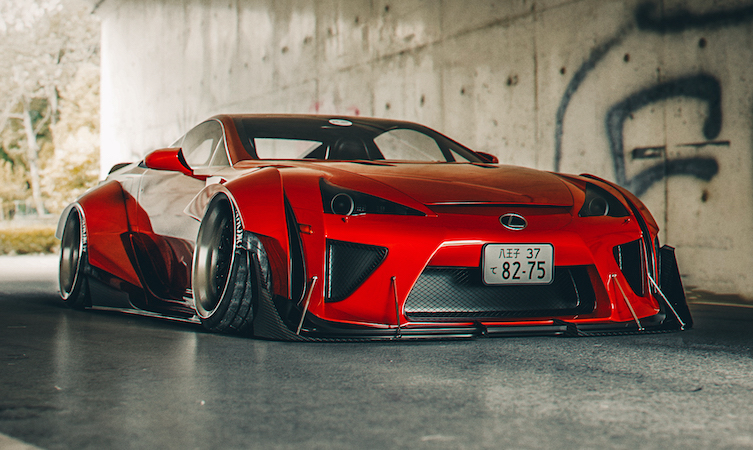 Not only is he adept in the art of 3D rendering, but he’s also a huge fan of the car: “One of the best sounding cars to ever exist and one of my personal favourites… with added craziness.” That craziness comes in the form of fat wheel arches, a carbon fibre front splitter, side skirts, rear diffuser and rear wing, along with a smidge of negative camber. 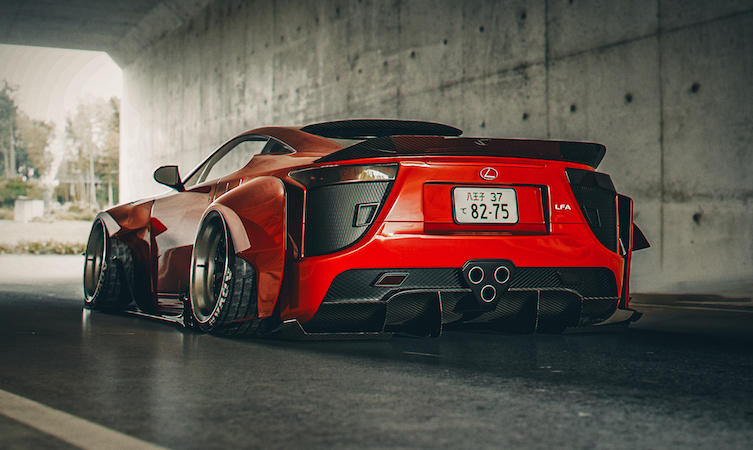 We have lift-off. The Lexus LFA gets airborne during the 2012 Nürburgring 24 Hours. Enough said. 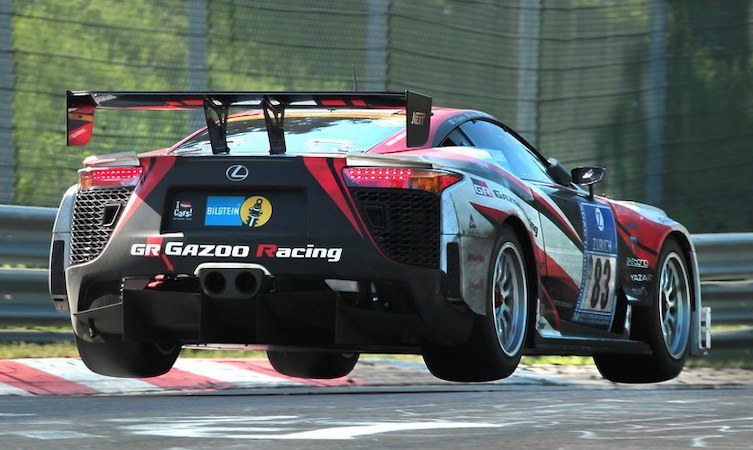 Would you ever dare to drive your supercar in the snow? Well, that’s what Pasin Lathouras, owner of this white LFA Nürburgring Edition decided to do. 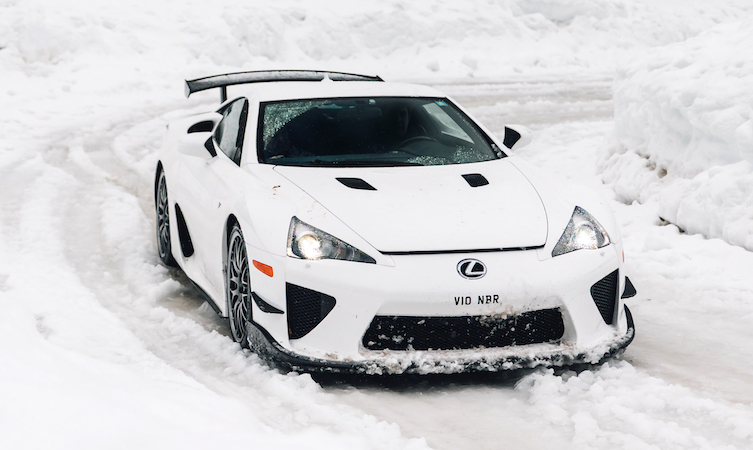 After the Geneva Motor Show was cancelled due to the coronavirus pandemic Pasin, accompanied by photographer Alex Penfold, decided to drive the car from Geneva to Paris, via the snowy Swiss mountains… and there’s not a snow chain in sight. 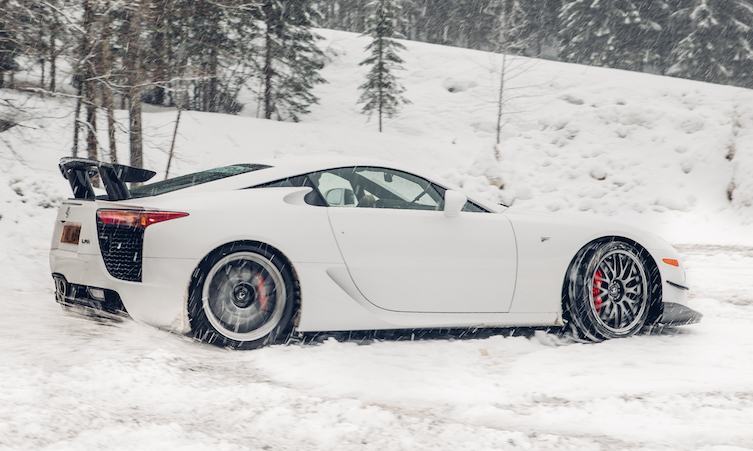 We came across American artist Evan Lau’s clever illustration of the LFA on Instagram and we just had to include it. Thankfully, he obliged. “The music notes were directly influenced by the LFA’s legendary V10 engine – the thought process behind that is related to both the screaming exhaust note and the collaboration between Lexus and Yamaha, who also manufactures musical equipment”, he says. You may remember the special photoshoot from when we celebrated the LFA’s fifth anniversary? Well, here’s a photo that was never used. Jayson Fong’s slightly scary shot shows the LFA bursting into life as it comes off the ramp in our press garage. 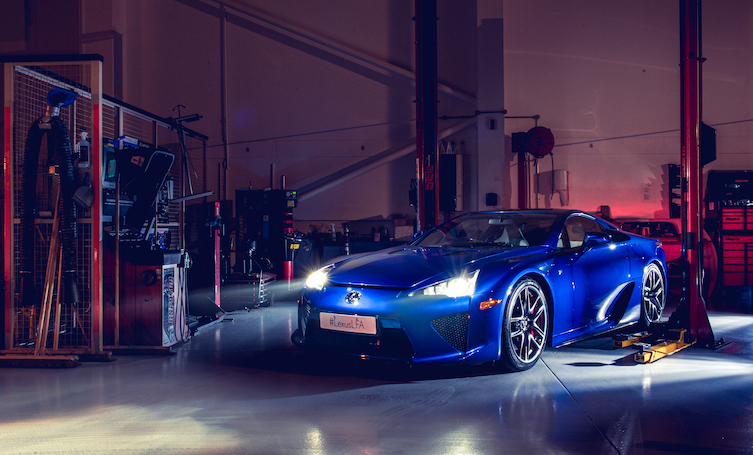 Olgun Kordal, the photographer behind the Cars and Colour Instagram page, is a huge LFA fan and jumped at the chance when we commissioned him to create the striking, abstract image below: “For me, the LFA is one of the heroes of the automotive world. It’s a stunning machine, so I used the concept of mirrors so that the viewer can see every angle of the LFA at a glance. The pulled lines are intended to create tension in the image, in reference to the muscular and sinuous design of the LFA.” 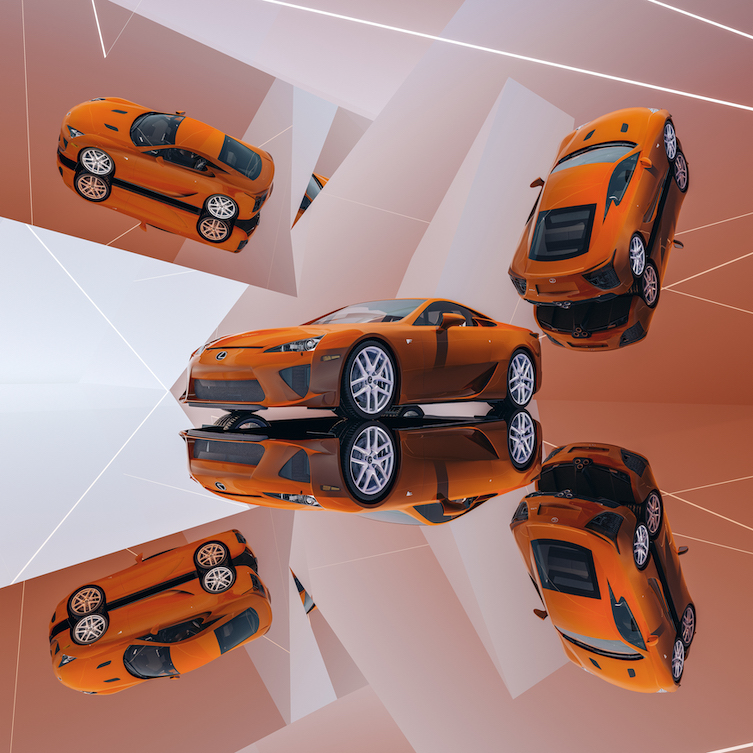 This is a rare shot of a development racing version of the Lexus LFA being tested in the wind tunnel at Toyota Motorsport GmbH in Cologne, Germany. We think it looks stunning in its plain carbon fibre bodywork. 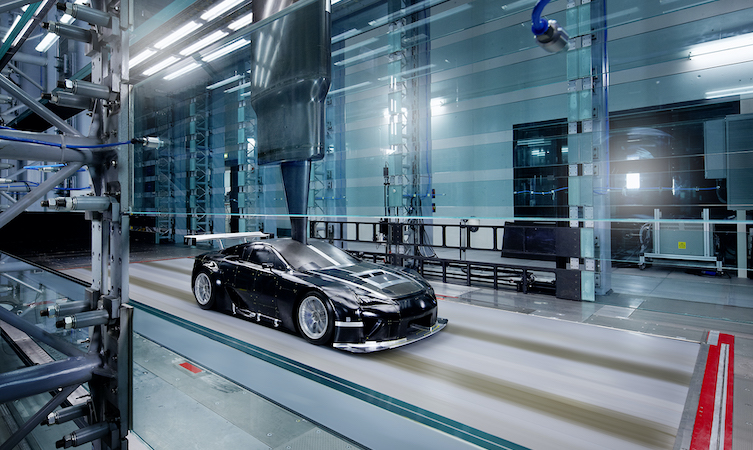 This shot was taken by photographer Lee Brimble, more or less on the day that Jeremy Clarkson declared the LFA “The best car I’ve ever driven.” At the end of a long shoot, Lee captured this stunning shot of the car’s rear at sunset. The image was never used by Top Gear. Their loss is your gain. 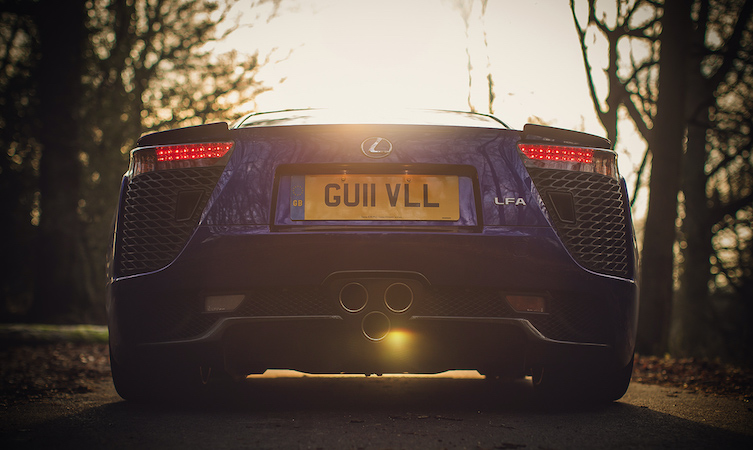 For the 2013 Gumball 3000, which marked the 20th anniversary of the famous rally, 140 supercars from all over the world embarked on a journey from London to Milan, before flying to Japan. 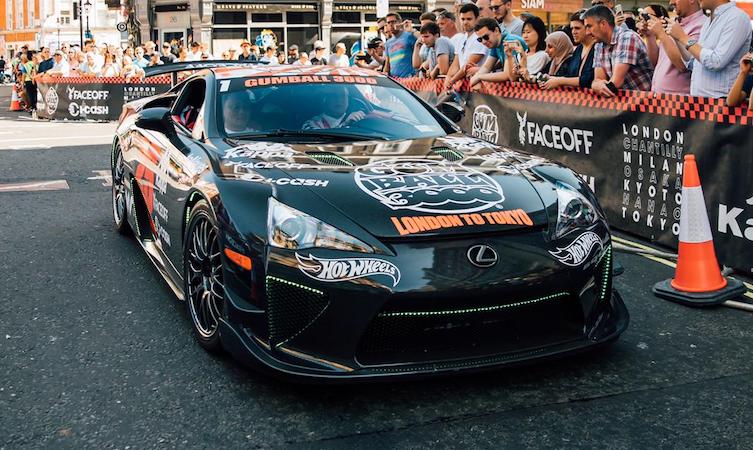 This particular LFA is pictured being loaded onto the plane in Milan ready to be flown to its homeland. We wouldn’t want to be that forklift driver… The Lexus LFA is synonymous with one classic racing circuit: the Nürburgring Nordschleife. In fact, the Nürburgring Package broke the record for a production car back in 2011. Here the car is pictured at the site of another historic track, Reims in France. Reims hasn’t been used in anger since the late 1960s, so we can only imagine what it must have been like sitting in the LFA in the old pits, reminiscing about the legends that once raced there. 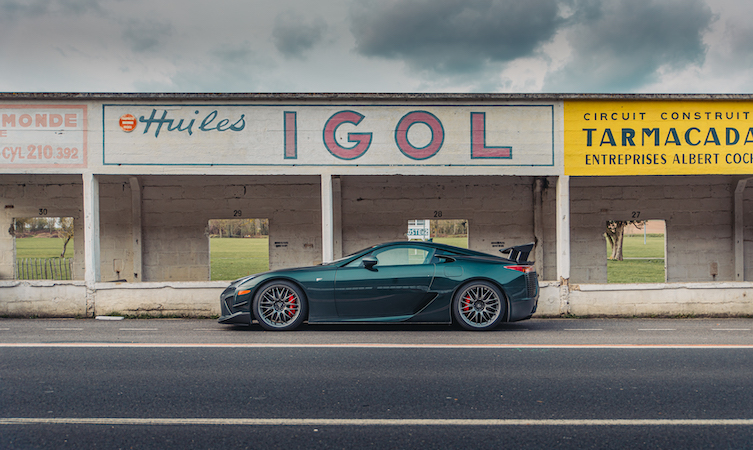 Which of these images was your favourite? Let us know in the comment below.