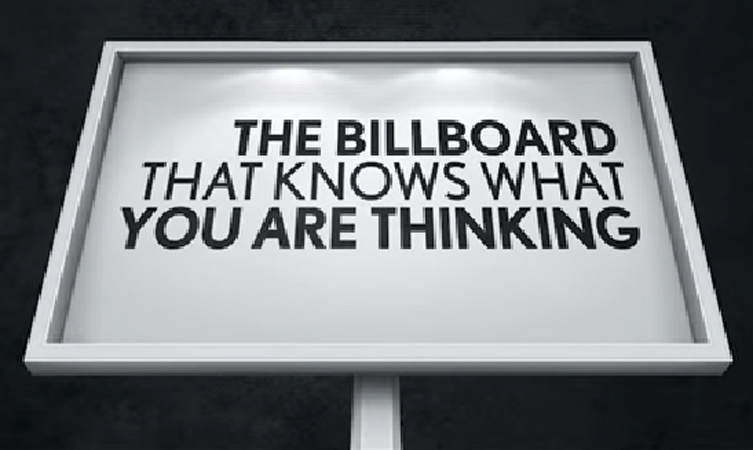 A video released by Lexus South Africa reveals a billboard that can read your mind.

The video kicks off with the definition of ‘precognition’ – or the knowledge of a future event or situation, especially through extrasensory means.

It goes on to explain that the Lexus LS is equipped with a range of precognitive safety systems – features that can sense future dangers and act in advance.

And so to demonstrate these pre-cognitive abilities Lexus South Africa created an advertising billboard that knows what you are thinking.

Inspired my mentalists’ renowned abilities to perform acts of mind control, hypnosis and even predictions of the future, Lexus worked with Brendon Peel, one of South Africa’s top talents, to devise its own piece of precognitive magic.

In the video, the experiment started five blocks before the Lexus billboard, where a series of visual clues were seeded with the aim of subconsciously influencing motorists’ thoughts. These clues were seamlessly blended into the roadside hustle and bustle, filled with hawkers and surrounded by advertising media.

By the time motorists arrived at the billboard it revealed what they were subconsciously thinking of.

And as the advert describes, people got to experience the pre-cognitive magic of the Lexus LS before they even got into one.