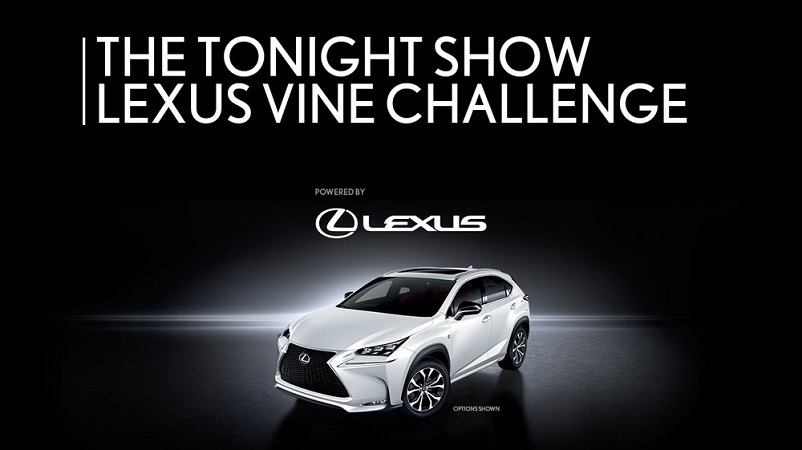 In March, Lexus USA teamed up with Jimmy Fallon to give away a Lexus NX 200t F Sport to one lucky viewer.

To win the NX, entrants had to produce a rap stating their reasons for wanting the car and then upload their plea to Vine using #TonightShowLexusContest.

The competition ran for 17 days and hundreds of entries were received before Fallon announced media and music graduate Kara Johnson as the winner on April 10.

Nonchalantly rapping over a guitar heavy backing track produced by The Tonight Show for the competition, Kara listed her woes and reasons for wanting the NX. These included the fact that the temperature gauge and air conditioning system on her current car had stopped working.

According to Kara, the entry marked her first foray into rap, though it’s hard to believe that when you watch the Vine.

After her win, Kara wrote on Twitter, “Thanks @FallonTonight for the new car! Very cool contest, and I’m happy to have been a part of it!”

Watch Kara’s entry and some of the best of the rest from the competition below. You can see all of the entries by following this link.

Best of the rest

Stay-at-home dad Furrlong manages to fit seven frames into his entry – an affectionate labaste of his busy domestic life.

Clearly a lot of editing work has gone into Furrlong’s entry, which begs the question, ‘When does he find time to tend that incredible beard?’.

Aspiring comedian and rising Vine star Colby Skiles imagines every performers worst nightmare – breaking down on your way to the gig – for his NX Vines contest entry. That would never happen in a Lexus.

Eraserhead lookalike Andrew Bourland from North Hollywood reckons an NX would be a huge improvement on his current method of transport. Watch the rap to see why…

Prolific viners Dylan and Dave, aka DoubleD Hits, show us how not to impress a lady in their rap entry.

5. I need a girlfriend

We have to applaud Nashville resident and drummer Josh Sinclair whose rap gamefully sends up his fruitless search for a significant other. We’re also quite keen on those glasses.