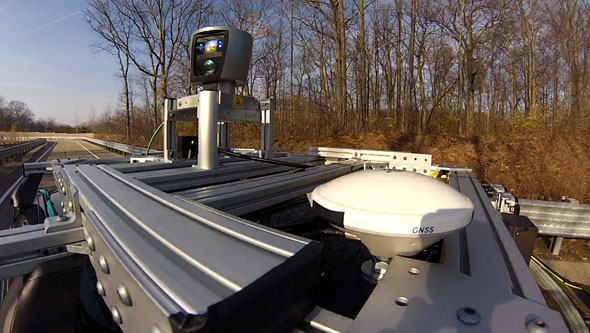 Lexus and Toyota Motor Corporation have revealed first details of an advanced safety research vehicle ahead of this year’s 2013 Consumer Electronics Show in Las Vegas.

The prototype is based on the new  Lexus LS and is capable of driving itself to help avoid and minimise the effect of a collision.

Fitted with a suite of advanced technology, including on-board radars and video cameras, the car is capable of monitoring the road, its surroundings and the driver. The car also keeps track of other vehicles, and has also been shown in action below.

Templin will also discuss the development of TMC’s Intelligent Transport Systems (ITS) research and development, which includes vehicle-to-vehicle and vehicle-to-infrastructure communications technology.

The active safety research vehicle, ITS system and 2013 LS will be shown at the Lexus display at the Las Vegas Convention Center from January 8th-11th.