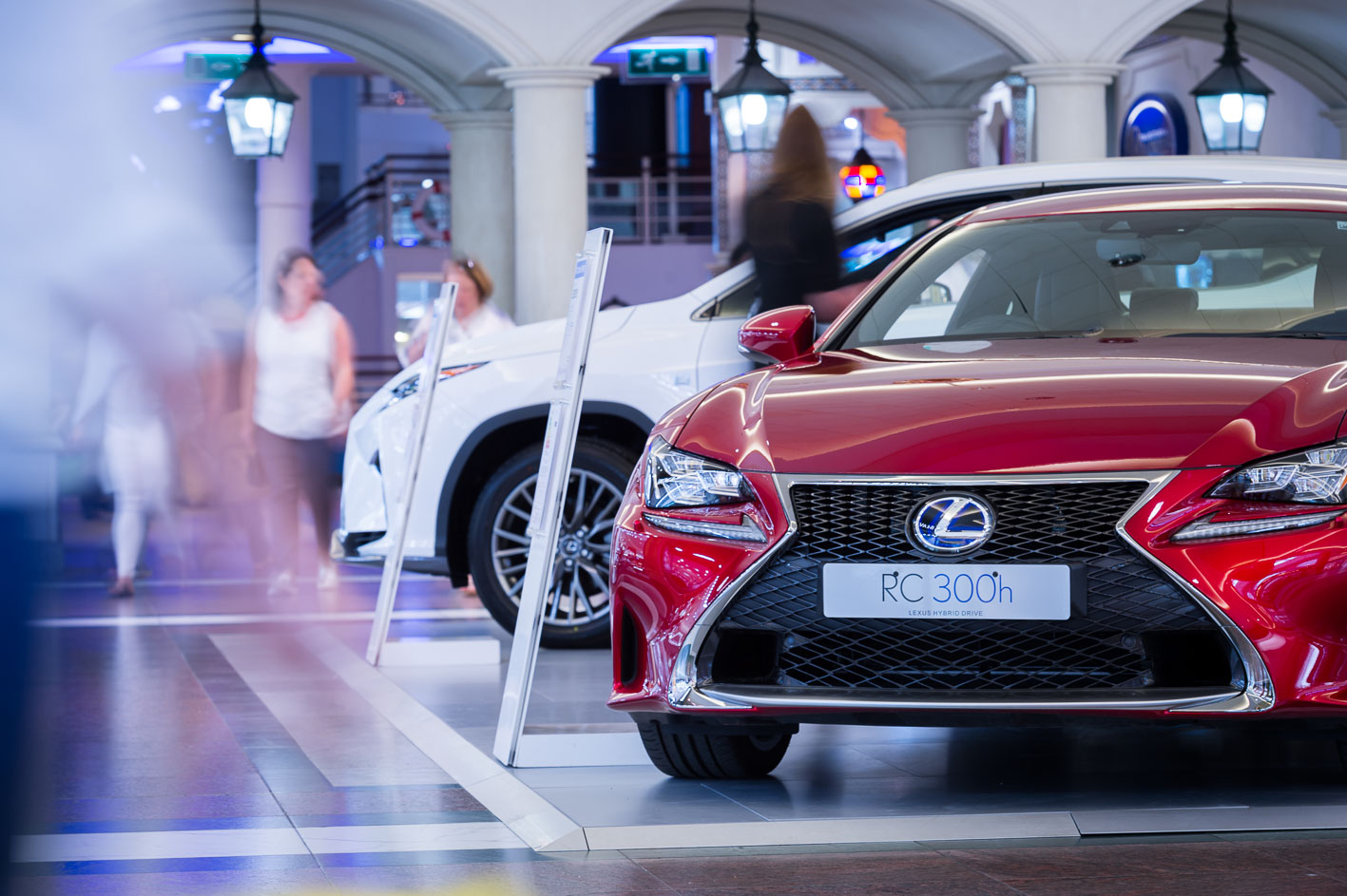 The newly launched Lexus RC coupé and RX SUV top the bill as we embark on a tour of the UK’s leading retail and shopping destinations.

These star cars will also be joined at selected locations by the CT 200h hatchback, IS compact executive and the NX crossover. Full details of which vehicles are appearing at which venues – and when – can be found below. 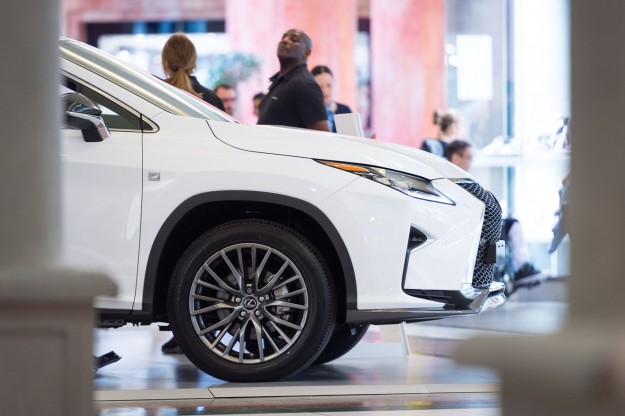 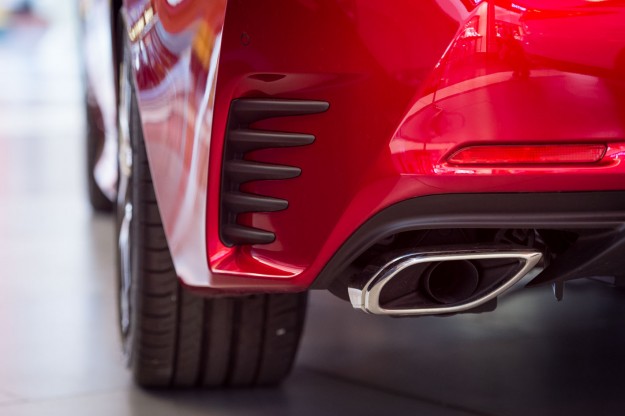 About RC and RX

Since joining the Lexus UK line-up in January, the RC range – which comprises the powerful and efficient RC 300h hybrid and the punchy and focused RC 200t turbo – has won much critical acclaim. Chris Knapman, contributing editor for The Telegraph was smitten with RC’s interior and refinement, writing: “The RC’s seats and driving position are superb, and the quality of the leather gives it an upmarket feel. What’s more, at normal driving speeds this is a quieter car than its diesel rivals, whether you go for the hybrid or 200t petrol model…” 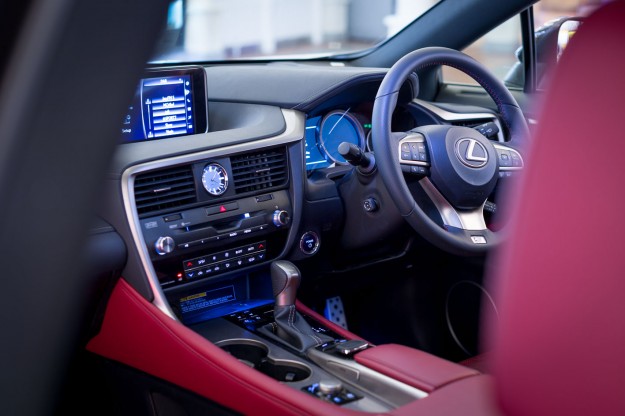 Similarly, the RX range has been praised for its striking ‘L-Finesse’ design aesthetic and virtually unrivalled levels of standard equipment and on-board technology. “(RX) looks great inside and out, and has loads of equipment on board,” according to the road test team at Auto Express. 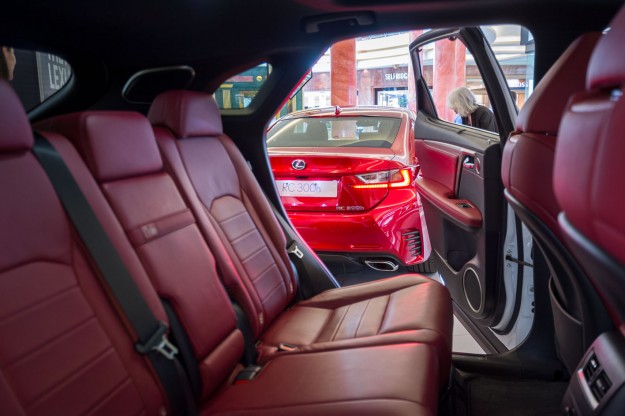 Lexus dealerships and the tour so far

Lexus dealerships have long been praised for their outstanding service – clinching Auto Express’ coveted Dealer Driver Power award in 2015 for the third consecutive time. The same level of customer service will be present at the shopping centres, with expert staff on hand to answer any questions that you might have about any one of our cars. 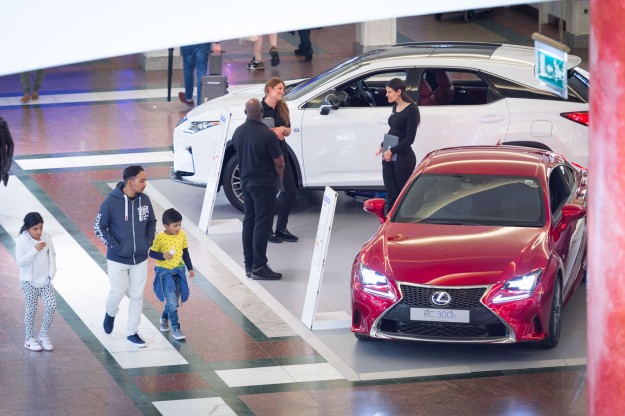 Shoppers have already been providing us with their thoughts on our RC 300h and RX 450h models, which were on display at the Intu Trafford Centre in Manchester between May 13-15. Administrator Dale McCafferty, was particularly fond of RC’s looks and alternative flavour, commenting: “I love the way it looks; the grille, the bonnet – everything. Lexus has really stepped up its game, I see Lexus models as being ideal for those who don’t just want what everyone else has got.” 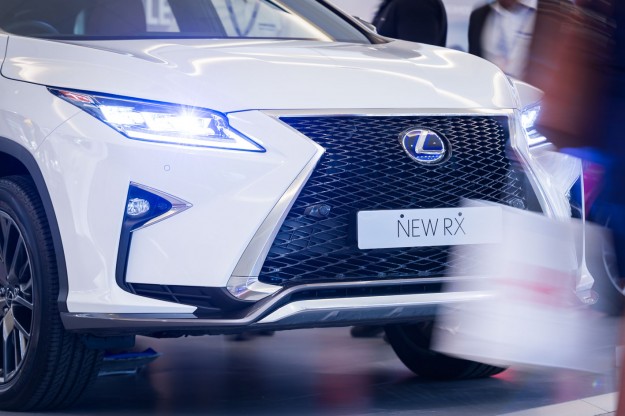 Meanwhile, retail assistant Martina Sobol was taken with RX’s interior. “The seats are so comfortable and I just love the analogue clock – it’s like the ones you see on a Rolls-Royce,” she said. 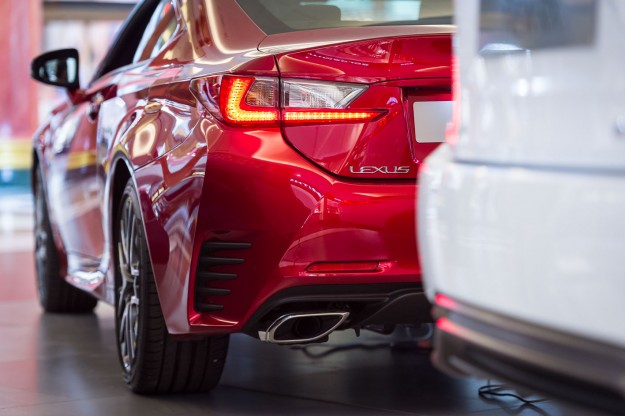 So next time you need to stock up on holiday clothes, meet ‘the girls’ for coffee or catch the latest blockbuster cinema release, make a beeline for one of our shopping centre stands. A new Lexus is probably much closer than you think.