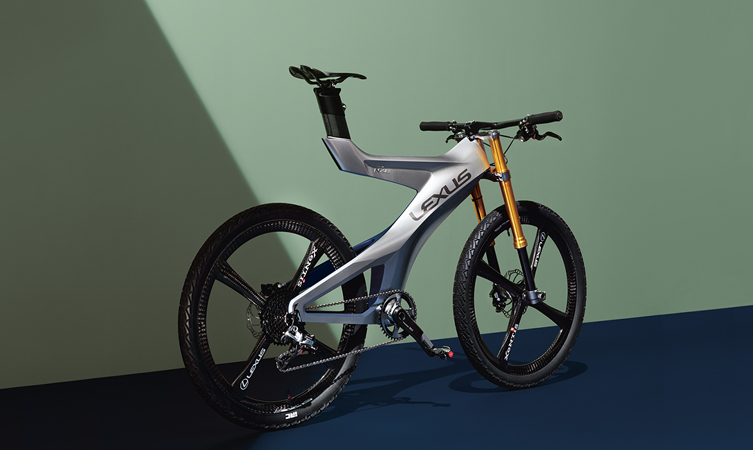 This is the Lexus NXB. It is a concept bike that was first revealed at the 2013 Tokyo Motor Show but as, a companion project to the Lexus NX development, engineers at the Lexus Design Division have been updating the design since then.

Like Lexus vehicles, bicycles are inherently elegant things, with a beauty deriving, in part, from their streamlined simplicity. Not only that, they’re incredibly efficient. Nearly 99 percent of the energy delivered by the rider is transferred to propulsion, which is why physics teachers everywhere enjoy pointing out that bicycles are considered one of the most efficient transportation devices ever created.

It should be no surprise then, that Lexus has made cycling technology a part of its automotive research. Over the last few years, Lexus engineers have unveiled an advanced hybrid-bike concept, as well as helped Eddy Merckx Cycles develop its professional-level time-trial bicycle.

Thanks to its rigid and aerodynamic carbon frame and a front suspension developed exclusively for this project, the NXB is both designed for both smooth city streets and rough, off-road cycling.

The NXB’s original carbon frame is a creation of the Lexus Design Division. Aerodynamic and nimble, the frame supports a unique floating seat that emphasises the lightweight, edgy and muscular appeal of the NXB.

It’s not only the frame that is made of high-end carbon. The NXB’s wheels, created exclusively by XeNTiS, an Austrian firm that specialises in producing professional standard time-trial wheels, are also crafted from a lightweight but hard-wearing carbon monocoque.

And in our view, saving the best till last – recognise the pattern on the NXB’s tyres? Developed to be used on anything from smooth city roads to rough dirt tracks, these original tubeless rubber tyres, developed by Japanese brand IRC Tire, feature a tread pattern in the shape of the Lexus spindle grille. 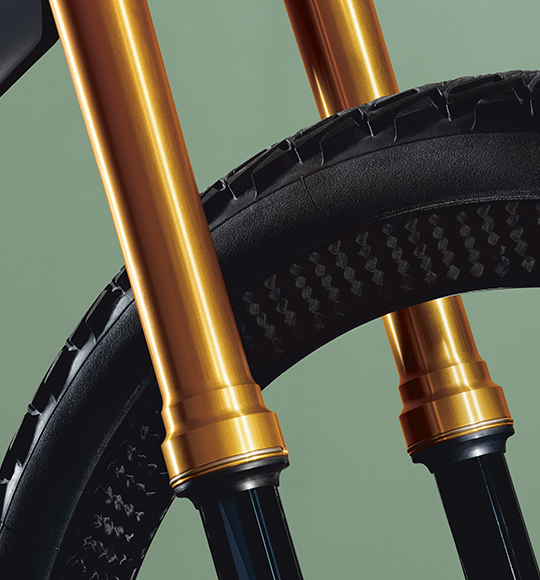