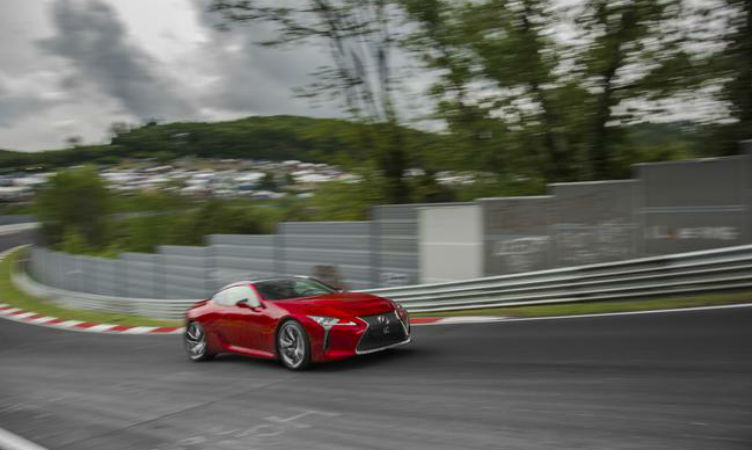 The new Lexus LC luxury coupe made its high-profile debut in Germany last weekend at one of the country’s premier motorsport events, the annual 24 hours of Nürburgring race. 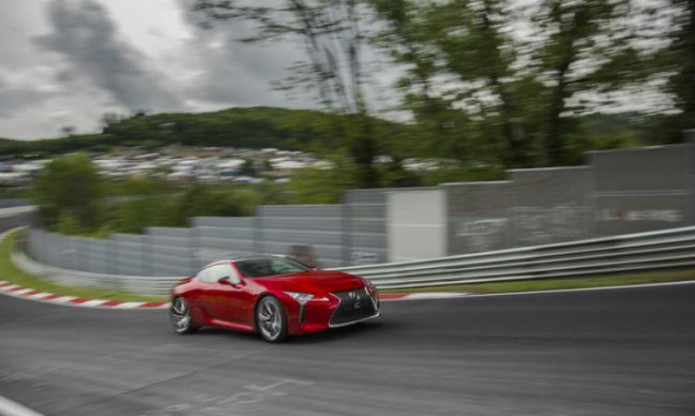 The pre-race Prologue proved an ideal arena for Lexus to present the latest addition to its model range, a prestigious parade used by many manufacturers to show off their best cars.

After the Prologue, the LC was driven to the ‘Ring Boulevard where it remained on display throughout the event. Once the chequered flag fell, the focus moved to the circuit’s famous Hatzenbach Plateau where the coupe’s German premiere was celebrated with an after-race party. 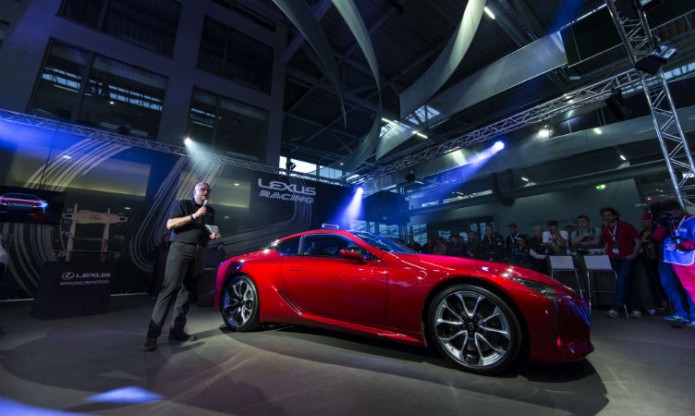 Yesterday the LC bade farewell to the ‘Ring and moved on for a photoshoot at the picturesque and stylish Qvest boutique hideaway in Cologne.

Look out for more news and images as the LC continues its debut European journey, using #LCOnTour. 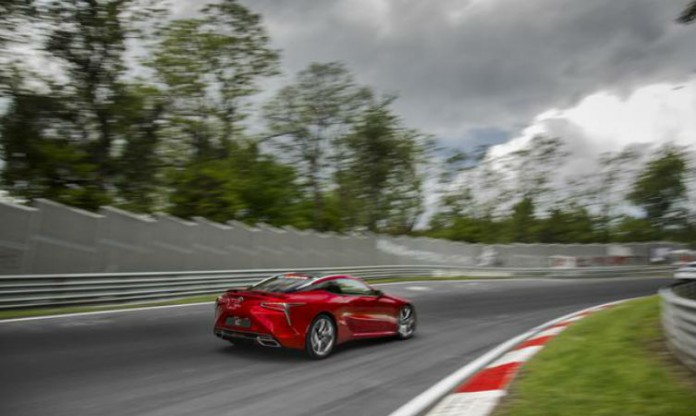 The LC 500 will be equipped with a 5.0-litre V8 petrol engine coupled to a new 10-speed automatic transmission – a world first for a luxury vehicle. The LC is the first model to be built on the all-new Lexus GA-L platform, designed to deliver a much sharper and more refined driving experience.