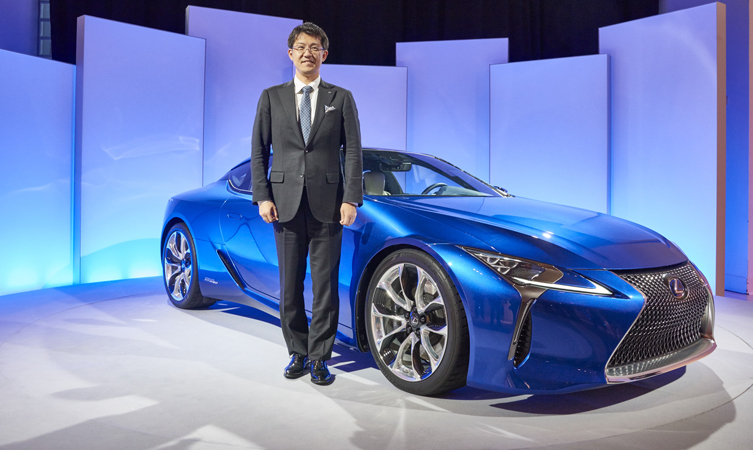 In the second of a series of interview features, Chief Engineer, Koji Sato, explains the breakthrough development of Lexus’ full hybrid technology for the new luxury coupe.

Lexus: The LC 500h coupe has drawn great praise for its remarkable styling, but the drivetrain under the skin is just as revolutionary. Can you explain what you set out to achieve with the new Multi Stage Hybrid System?

Koji Sato: “In the past, people associated hybrid with ‘eco’. We wanted to change that perception and create a true high-performance package.

“We’ve taken our pioneering Lexus Hybrid Drive to the next level, combining a V6 petrol engine and motor generator with an automatic transmission. This was how we could engineer a system that responds much more directly to driver inputs, while still delivering all the smoothness and efficiency characteristic of a Lexus full hybrid.”

Lexus: What were the biggest challenges you faced during the development of the new system?

Koji Sato: “The biggest hurdle we had to overcome was creating a control system for the new drivetrain that delivered on our aim to give the driver an amazingly responsive car, both on winding roads and on the motorway.

“We had to harness the ‘torque on demand’ that is characteristic of electric motors to secure the right kind of sports driving. It is thanks to the new automatic transmission that we have been able to do this.”

Lexus: What do you expect the driver to experience when they take the wheel of the LC 500h?

Koji Sato: “The car will do exactly what the driver wants. If they are in a sporty mood, they can take advantage of the instant and linear torque delivery. In fact there is more torque at start-up than with our V8 hybrid and you can drive at higher speeds on electric power, thanks to the Multi Stage Hybrid System.

“This is the first Lexus hybrid that can spin its rear wheels which is a sign of the amount of power on demand.”

Lexus: The automatic transmission that is central to the Multi Stage Hybrid System has been placed behind the hybrid transmission. It has four gears, but you created the sensation of a 10-speed system for the driver. Why is that?

Koji Sato: “Like the best athletes, true performance cars are about rhythm. We wanted the LC 500h to have the same fundamental philosophy as the V8-powered LC 500 (which uses a 10-speed automatic transmission).

“We came up with 10 speeds as the result of our search for the perfect rhythm – it could have been 11 or nine, but 10 felt best during the many test drives we made.” 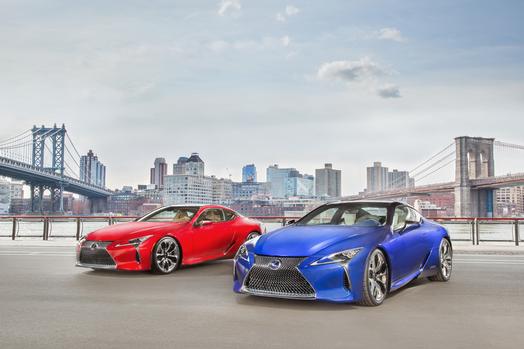 Lexus: The LC 500h’s V6 Atkinson cycle petrol engine is derived from the unit we know from the GS 450h. How has it been adapted?

Koji Sato: “The engine has been extensively modified for the LC 500h. In particular, its speed has been increased. So while it will reach 6,000rpm in the GS 450h, here it peaks at 6,600rpm, but still with the efficiency that the Atkinson cycle delivers.”

Lexus: The remarkable sound the powertrain makes is part of the LC 500h’s special driving experience. How has that been achieved?

Koji Sato: “The sound has been developed by Lexus. We followed the same philosophy as with the LFA in wanting to create a unique sense of sound harmony, using the natural sound of the engine and adjustable acoustic valves in the exhaust system, rather than the Active Sound Control featured on some of our models.

“We succeeded in creating a distinctive sound for the Multi Stage Hybrid System which responds in a linear fashion to the way the driver uses the throttle pedal to accelerate continuously up to the engine’s high rev band.”

Lexus: What was the thinking behind using a lithium-ion battery – a first for a Lexus full hybrid?

Koji Sato: “This brought a number of advantages both in terms of packaging and vehicle dynamics. It’s compact so we can provide more space for luggage, and it’s lightweight (at just 50kg) which helps us improve weight distribution and the car’s yaw inertia moment.”

Lexus: Will the Multi Stage Hybrid System be used on other Lexus models?

Koji Sato: “Although we cannot confirm anything at present, we do expect that this drivetrain will be used on larger front-engine/rear wheel-drive Lexus models in the future.”