Skip to content
Home Cars & More Older Cars IS F Lexus IS F: the start of something special 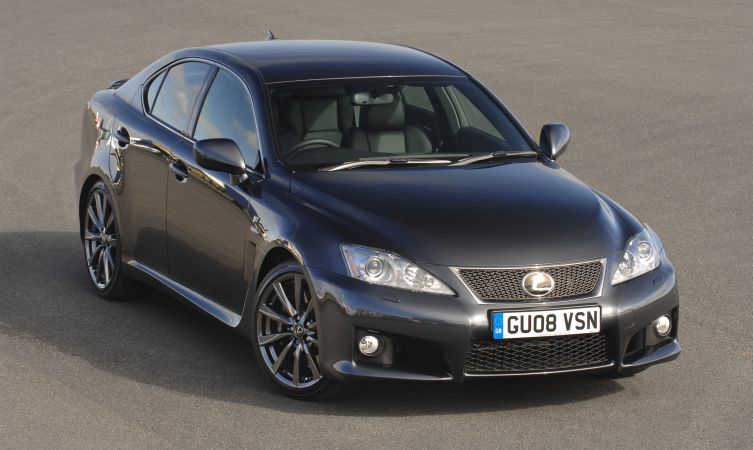 The introduction of the IS F represented a significant milestone in the history of Lexus. Chief engineer Yukihiko Yaguchi commented: “I wanted to develop a car that transformed every moment of driving into pure experience – a car that let you feel and enjoy driving pleasure every time you drove, an experience that was truly engaging.” 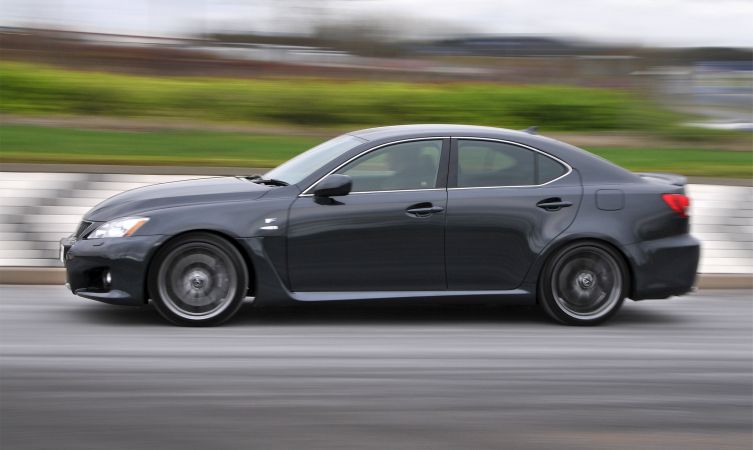 The IS F was engineered to inspire and reward

The result of this ambition was a car that delivered exceptional performance and handling, engineering to inspire and reward whether driven on the open road or on the track. And because it’s a Lexus, it was engineered, built and finished to the highest standards.

Although the starting point for the IS F was the production second-generation IS sports saloon, this halo model was a different machine in all key aspects. It was equipped with a new engine and brakes, and featured significant revisions to the suspension, steering, handling systems and aerodynamics to ensure the extra power and performance could be exploited to the full. It also sat an inch closer to the ground for a lower centre of gravity. 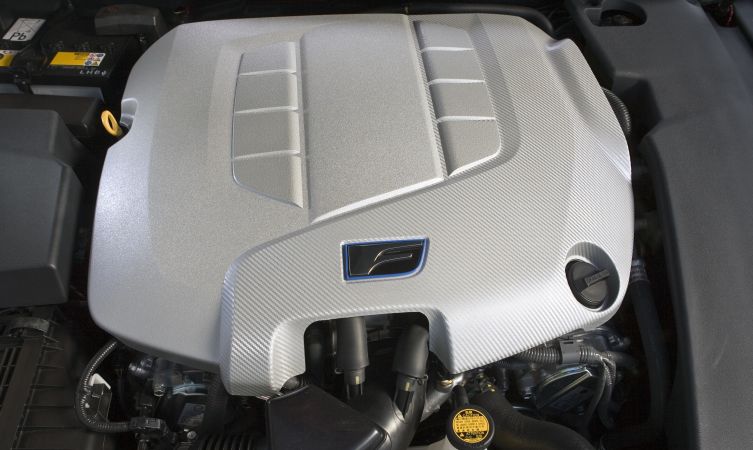 The engine was the most powerful ever installed in a Lexus

At the heart of the IS F was a new all-aluminium and naturally aspirated 5.0-litre V8 powerplant, engineered for high output and sustained high-performance driving. The headline figures were 417bhp at 6,600rpm and 372 lb/ft torque at 5,200rpm, delivering 0-62mph in 4.8 seconds. But these were just part of the story: the engine – the most powerful ever installed in a Lexus at that point – benefitted from a series of advanced technical features that guaranteed durability and consistent performance under tough driving conditions. 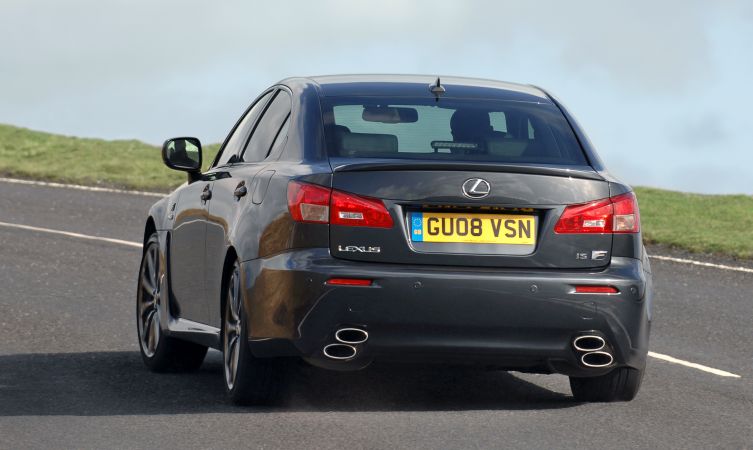 Upshifts could be effected in just 0.1 seconds

The engine was matched to an eight-speed automatic transmission, a development of the world-first unit that made its debut in the LS 460. A defining feature of its operation was its torque converter in first gear, and lock-up technology from second gear upwards. The driver could choose between ultra-quick manual shifts in manual mode, using paddles on the steering wheel. Its direct shift mechanism meant upshifts could be effected in just 0.1 seconds. On downshifts, the transmission used a blipping control to match the engine speed, helping shifts to be achieved in just 0.3 seconds. 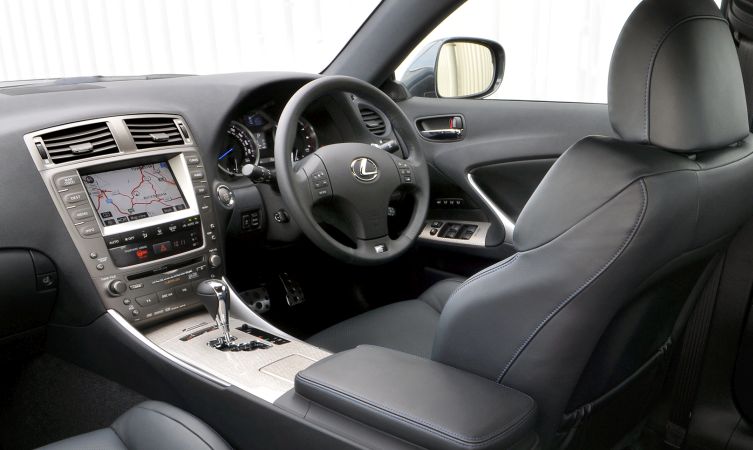 The system would only intervene when maximum drift was reached

To suit the IS F’s performance profile, Lexus adapted its dynamic control system to best manage the anti-lock brakes, traction control, electronic limited-slip differential (models from 2010 onwards featured a Torsen mechanical LSD) and stability control. The system also controlled three gearshift modes and adapted the steering accordingly. In Sport mode, the system would only intervene when maximum drift was reached, which enabled accomplished drivers to enjoy the car’s full potential. 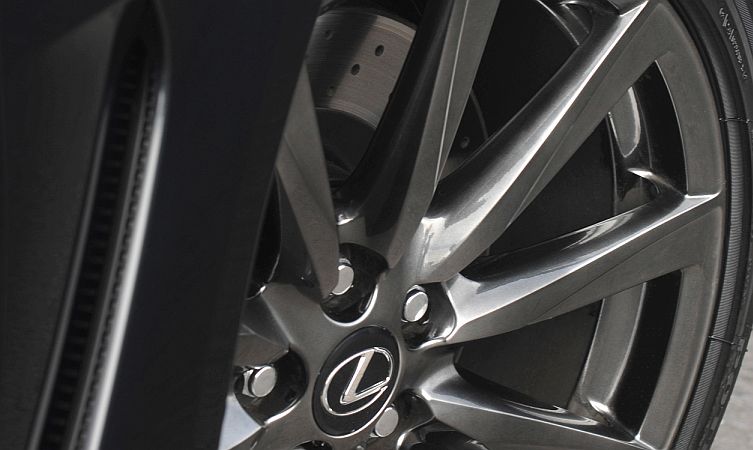 Stacked tailpipes signalled the presence of the V8 engine

Lexus worked with Brembo to develop the IS F braking system, with powerful six-piston calipers clamping on 360mm ventilated and drilled discs up front, and two-piston calipers applying pressure to 345mm discs at the rear. Attention to detail extended to the use of 19-inch BBS forged alloy wheels and the creation of bespoke tyres with both Michelin and Bridgestone to suit the car’s high-performance capabilities.

On the road the IS F could be distinguished from other IS models by its lower stance, deeper front spoiler with larger grille and intakes, and the wider wheel arches with integrated side vents. At the rear, the stacked quad tailpipes within the deep rear bumper signalled the presence of the V8 engine, while the spoiler was neatly integrated into the boot lip. 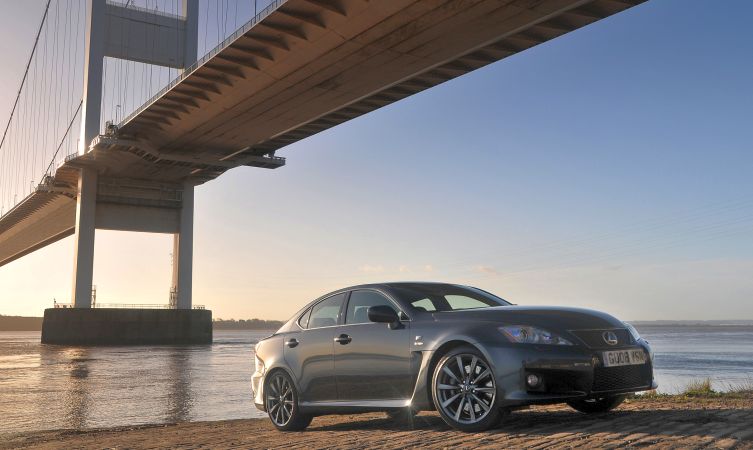 Lexus IS F in the UK

The Lexus IS F officially went on sale in the UK in April 2008, with only 150 examples available in that first year on the market. The on-the-road price was £51,105, and service intervals were set at either one year or 10,000 miles.