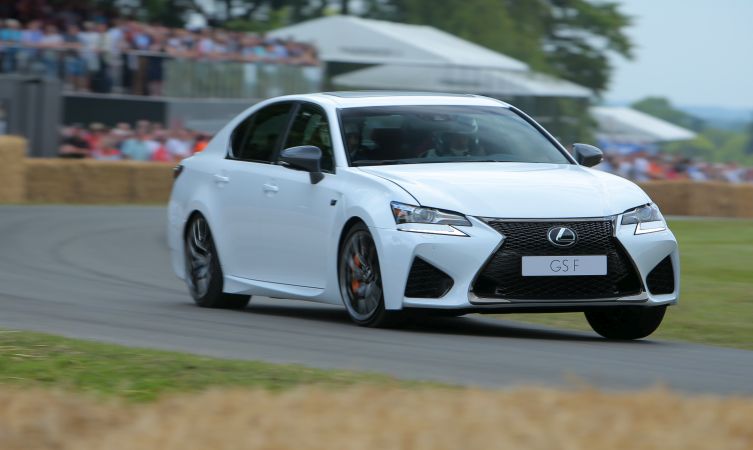 The latest addition to the Lexus ‘F’ performance line – the Lexus GS F super saloon – made its first public appearance in the UK at the Goodwood Moving Motor Show.

Packing 470bhp and 530Nm of torque from its 5.0-litre naturally-aspirated V8 engine, the GS F is the most powerful production saloon car that Lexus has ever produced.

Following its appearance at the Moving Motor Show, the sensational saloon was displayed in the supercar paddock for the duration of the Festival of Speed, which began on 26 June and concluded Sunday 28 June.

Additionally, the car was driven up the world-famous Goodwood hill by former rally champion David Llewellin and Toyota Gazoo Racing endurance racer Mike Conway, who seized this as an opportunity not to spare the horses!