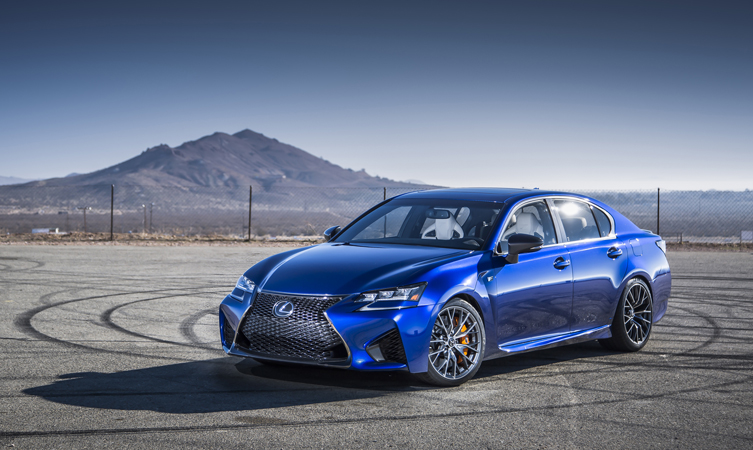 The new Lexus GS F will be driven in public for the first time at the Goodwood Festival of Speed (26 to 28 June).

The latest Lexus to carry the marque’s F performance designation will give a first European demonstration of its speed and handling on Goodwood’s famous hillclimb course, with Toyota Gazoo Racing pilot Mike Conway at the wheel.

The V8-powered machine will be a poised performer, having been dynamically honed on the famous Nürburgring Nordschleife during its development programme. Although the confines of the Goodwood hill won’t permit a full-blooded drive, the car’s sound, turn of speed and sharp-edged styling promise to make a big impression.

The festival date follows the car’s world debut at the Detroit motor show earlier this year and first European appearance at the Geneva motor show in the spring.

In the best traditions of Lexus’s F models, such as the LFA and new RC F coupe, the GS F is designed and engineered for exceptional driver rewards. Although based on the GS saloon, it benefits from significant revisions to sharpen its performance and handling. The body shell is reinforced, the suspension is sports-tuned and Lexus’s Torque Vectoring Differential – first seen on the RC F coupe – is fitted as standard.

At the heart of the performance package is Lexus’s naturally aspirated 5.0-litre V8 engine, producing 470bhp and 530Nm of torque.

The GS F’s Goodwood bow is an early preface to its appearance on the road; details of a production version for the UK will be announced later in the year.

Lexus will further add to the festival’s programme of rare and exclusive machines with appearance from the LFA supercar and the RC F GT3 competition car that is being campaigned this season by Frey Racing in the VLN endurance series in Germany.