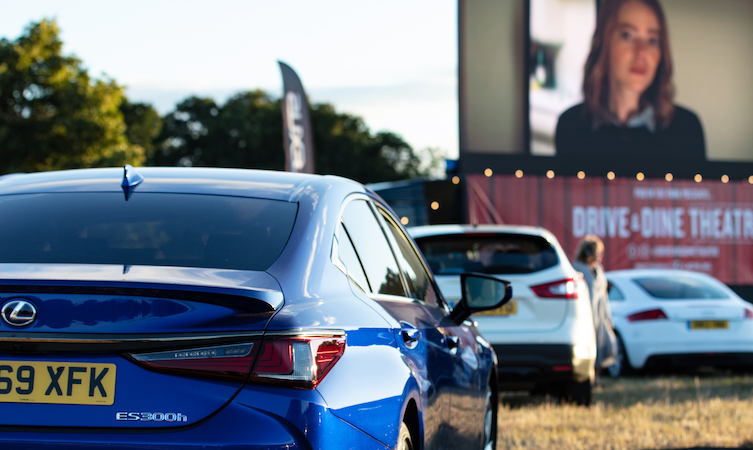 The sun has mellowed by the time we arrive at Syon Park. Cars filter slowly into the 200-acre grounds surrounding the Grade 1 listed Syon House in West London, parking up on the expansive fields by the river Thames, now dry and golden from the summer heat. Turner captured its grandeur in his 1810 painting Zion House Isleworth but we are not here to see the grounds or take an art history tour. We’ve driven to Syon in our hybrid Lexus ES luxury saloon to catch an outdoor movie at a drive-in theatre.

The big-screen experience has been thriving at drive-ins with the global pandemic seeing a revival of this much-lauded American institution. Drive-ins offer a safe, distanced night out in the crowded city. And with many of us foregoing our summer trips abroad for a staycation, they are officially the hottest tickets for the summer months. 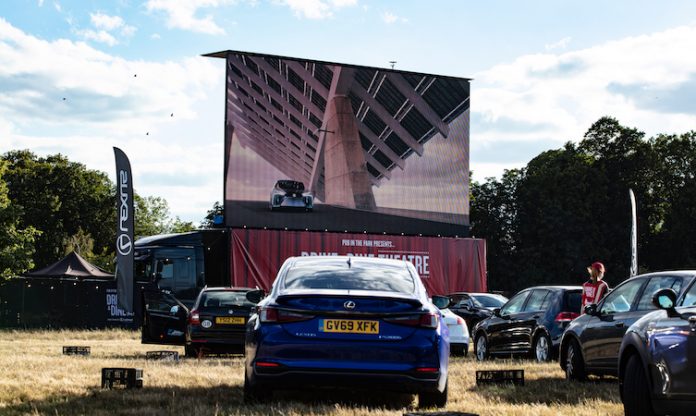 The drive-in movie theatre is a uniquely American phenomenon with the very first concept opening in 1933 in Camden, New Jersey. It was the brainchild of Richard Hollingshead, a movie fan with one foot in the auto industry, and with a dream to marry two modern inventions: Hollywood and the motor car. His early prototypes included securing a projector on the bonnet of his car and tying a movie screen to a tree while placing a radio behind the screen – neither of which worked.

Hollingshead concluded that the best set-up lies in the right design of the projector, screen, sound, and spacing between cars. And so he promptly patented his Automobile Movie Theatre and the drive-in was born under the tagline: The whole family is welcome, regardless of how noisy the children are. 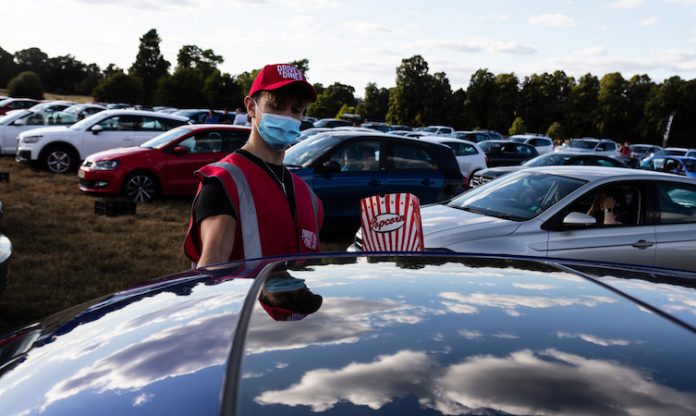 By 1940, 20 venues appeared across America. But it wasn’t until Hollywood’s heyday in the 1950s when Hollingshead’s patent was ruled invalid and the drive-in hit peak popularity. So much so that within a decade the US alone had 4,000 theatres. All this was to fizzle out by the 70s when drive-ins fell victim to the small-screen home TV. The romance remained alive in the public imagination, though. Just think of John Travolta and Olivia Newton-John’s Danny and Sandy in the iconic drive-in scene in Grease.

Tonight’s Drive and Dine Theatre is hosted by Pub in the Park, the UK’s most established food and drink tour, and with food provided by Michelin starred chef and Lexus ambassador, Tom Kerridge. The car marque is also the main event sponsors, with the series popping up in such similar venues across London, the South East, and Midlands. Movie choices are drive-in picture perfect and feature classics Grease, Jaws, and Mamma Mia, as well as more recent blockbusters Le Mans ’66 and the multi-award-winning 2016 La La Land – which we opt for. Alternatively, on selected weekend dates, Drive and Dine host comedy evenings with a line-up of stand-ups. 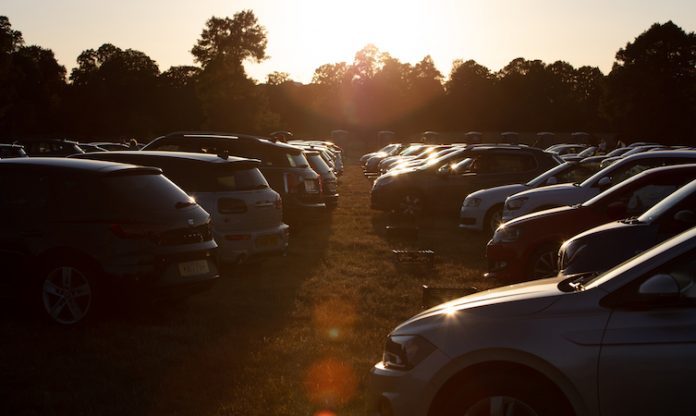 At the Syon gates, a guide directs us to our designated parking space. The arrangement is on a first-come, first-serve basis, yet the vast grounds here offer decent views for all. Food is ordered in advance and delivered to your vehicle with Kerridge’s Drive and Dine Menu offering a selection of delicious mains, desserts, and snacks inspired by the best of old-school American drive-ins. There are burritos, burgers and fries on the list, as well as a chicken tikka masala for a drive-in experience with a modern British twist. Elsewhere, guests can order milkshakes, retro-styled popcorn, and pick-n-mix sweets. What’s more, cocktails are served to include a classic Negroni which, as the designated driver, I merely admire visually.

The drive-in theatre evokes a bygone era and our movie choice could not be more fitting. As the sun sets on Syon Park, we recline our ES seats, put on our headsets, and immediately immerse in the Technicolor world of La La Land as Emma Stone and Ryan Gosling sing and dance to the lost romance of the Hollywood musical.