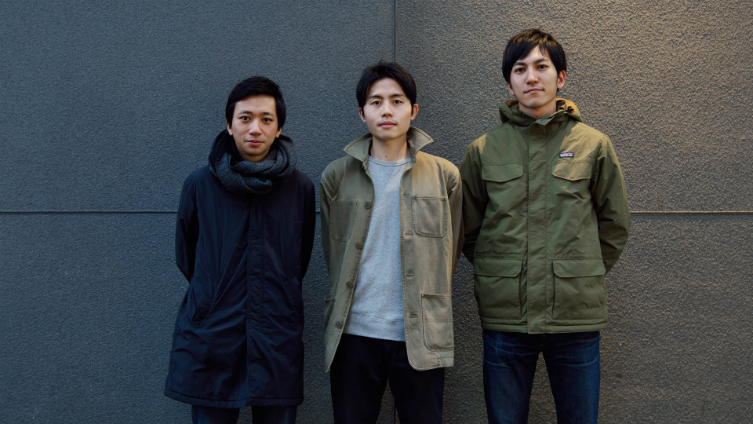 Four of this year’s finalists will go on to produce prototypes of their designs, with mentorship from internationally recognised professionals. 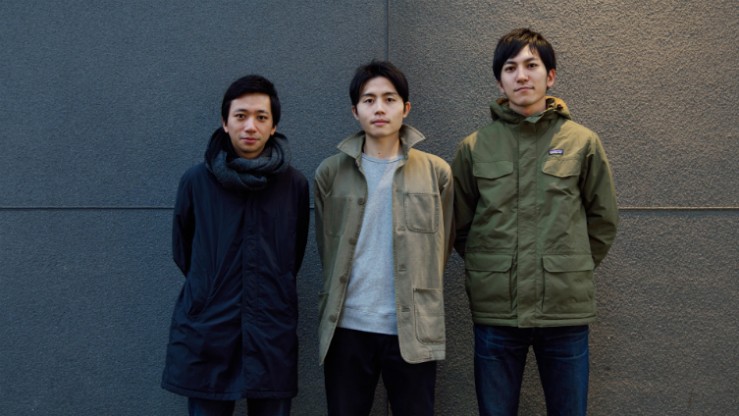 Agar Plasticity is a project exploring how agar, a gelatinous material obtained from marine algae, can be used as an environmentally friendly packaging material alternative to plastic. 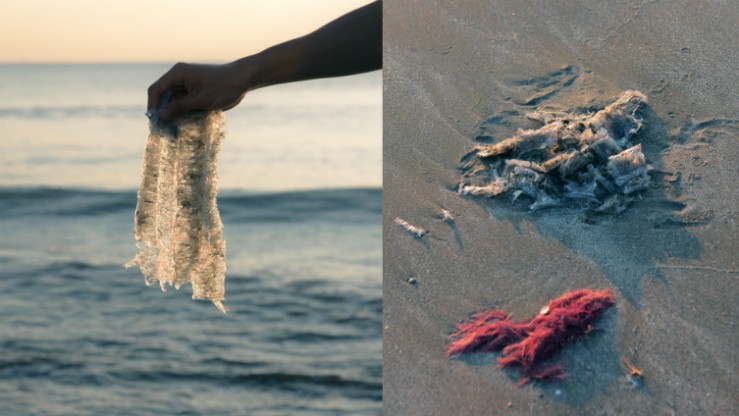 “Seaweed-derived agar is traditionally consumed as food in Japan, and used in scientific and medical fields worldwide. Sold in a dry state, agar shows porous, feathery structure and is very light despite its volume. We have taken notice of these features and have been exploring its possibility as packaging material.

“Goods are usually shipped wrapped in plastic materials. Once unwrapped, they soon become waste or are collected to be recycled. Considering the raw materials and energy for processing, this situation is undesirable.

“Anticipating effective and sustainable utilisation of natural resources has become more and more indispensable. Believing biodegradable substitutes to plastics are needed, we took this opportunity to tackle this seemingly ignored problem. 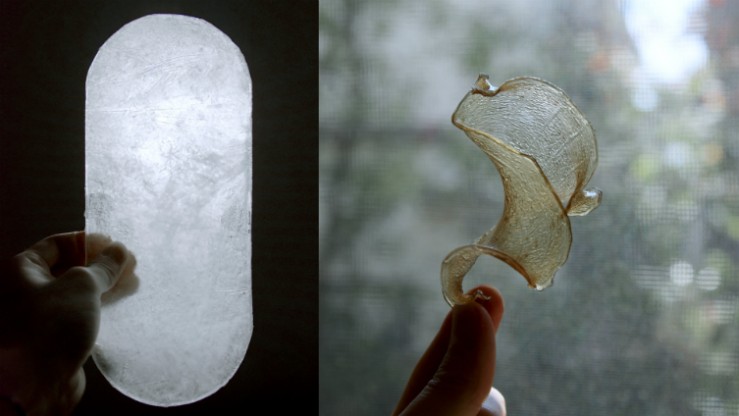 “Agar can be extracted by boiling specific kinds of red algae and then dehydrating the soup. Its resultant state depends on the ways of dehydration, and the types of red algae. For a soft cushioning structure, it’s frozen; for stiff film-like state, it’s compressed. Because agar is also moldable, it was proposed not only as a cushioning material, but also as packaging material.

“We have also explored the possibility of an agar-derived plastic material. After use, agar products can be disposed of in an environmentally-friendly way. It can serve as a material to improve the water-retention property of soil, and should it drift in the sea, it would not harm marine lives.“ 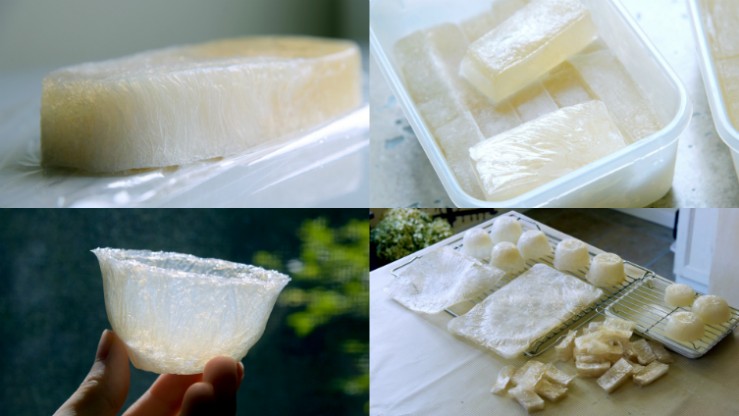