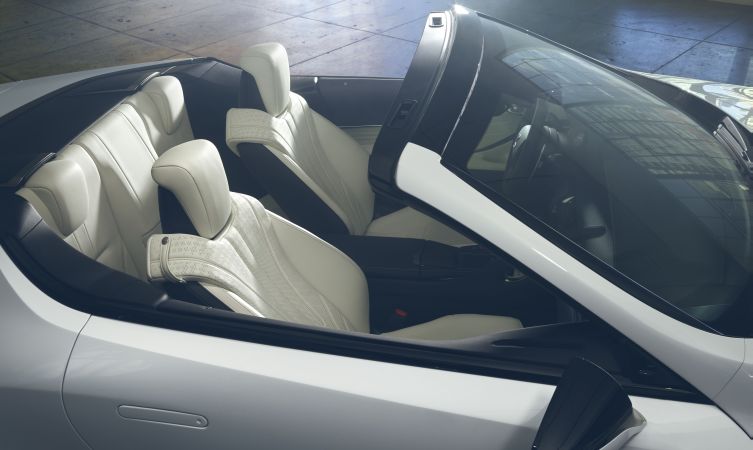 The unveiling of the new Lexus LC Convertible concept has reignited our passion for luxurious, wind-in-the-hair motoring. It’s also prompted us to remember the selection of convertible models Lexus has previously developed.

The following text briefly explains why Lexus did not rush to produce its first convertible and highlights interesting details related to each successive model.

Lexus convertibles: taking time to get it right

In the decade following the foundation of the Lexus brand in 1989, one of the most commonly asked questions of our engineers was, ‘When will you build a convertible?’

It was a logical question and one that Lexus had been eager to answer for a number of years. But the sticking point for development teams has always been the apparently insuperable problem of combining Lexus refinement with wind-in-the-hair driving pleasure. There are also design concerns, in that any solution has to look elegant whether the roof is in place or stowed, and that the interior becomes part of the exterior when the roof is down.

The Lexus SC 430 was designed to combine avant-garde styling, convertible capability and legendary Lexus refinement. Regarded by its development team as ‘The Jewel of Lexus’, the car was powered by the muscular 4.3-litre V8 that would later be installed in the third-generation LS. 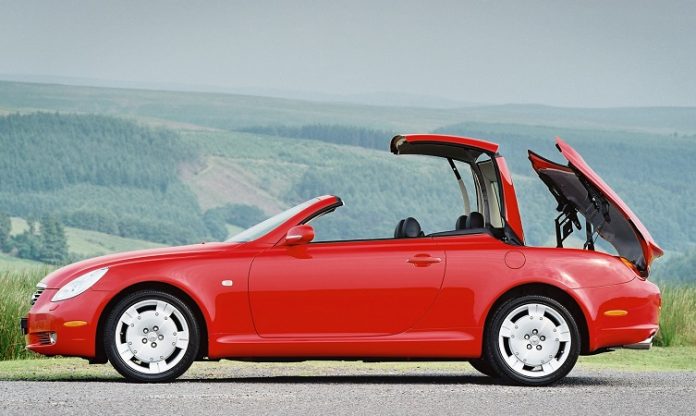 But of particular note in terms of refinement was the application of careful airflow management to ensure that it was only excitement levels that got raised when the hard top was stowed. Strategic deflectors kept passengers entirely unruffled at speed.

The SC 430 also featured one of the world’s most advanced climate control systems, which helped maintain the desired on-board temperature whether the car was being driven as a coupe or convertible.

The Lexus Future-Convertible concept was unveiled at the 2004 New York Auto Show and featured a retractable hardtop that was a further development of the already ground-breaking design seen in the production SC 430. It offered multiple configurations – coupe, convertible, targa or speedster – via a four-position glass roof. 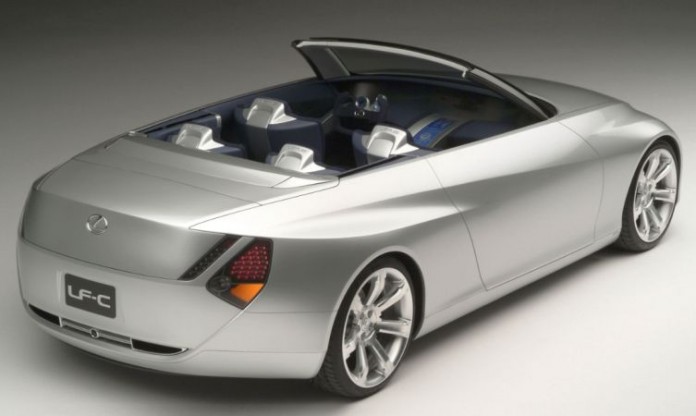 Design themes seen in this concept hinted at design cues that would later appear in the second-generation Lexus IS as well as the possibility of a convertible derivative.

The Lexus Future-Advance Roadster concept was revealed at the 2008 Detroit motor show as the third and final iteration of the LF-A series before the production model arrived. 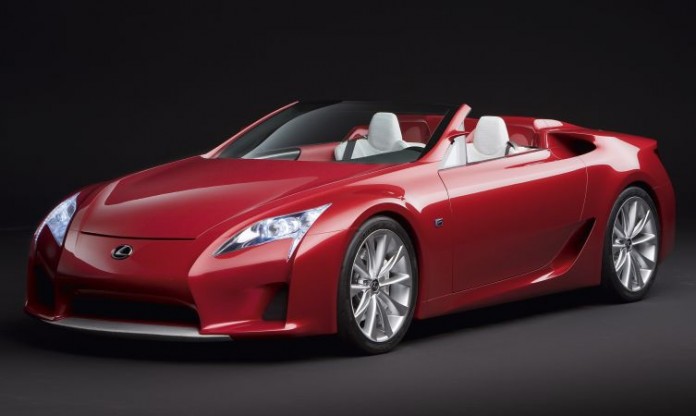 Closely related to the lightweight carbon fibre and aluminium body as the second LF-A coupe, this convertible version lost nothing in terms of strength and torsional rigidity. It was also powered by the high-revving V10 engine, resulting in a vehicle that transformed the pleasure of open-top motoring into an adrenaline-charged, one-of-a-kind driving experience.

The Lexus IS 250C went on sale in the summer of 2009, combining the sharp styling of the contemporary IS saloon range with open-top engineering ingenuity. In common with its SC sibling, the engineers’ focus was on reducing wind turbulence and generating comfortable airflow characteristics for occupants when the roof was lowered. 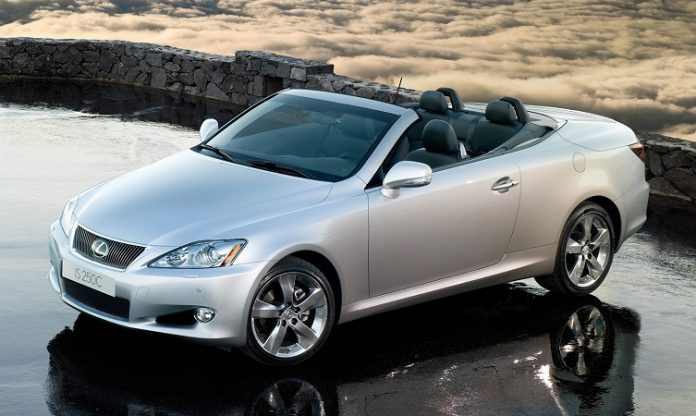 The lightweight, all-aluminium roof structure could be opened or closed in just 20 seconds. It was the fastest operation of any three-part folding roof system on the market and a seamless orchestration of 15 electric motors and 35 sensors. And thanks to the compact packaging of the folding mechanism, it still left generous rear seat accommodation and class-leading load space in the boot.

Learn more: History of the Lexus IS

The second Lexus Future-Convertible model, revealed at the 2014 Los Angeles Auto Show, was a grand touring concept with a highly styled and totally exposed 2+2 seating layout.

The styling was influenced the way various surface shapes interact with different types of light. Designers created edges, planes, curvatures and a layered paint process that allowed the LF-C2 to exude a variety of characteristics when seen from different angles and under different lighting conditions.

Inside, the concept treated occupants to a luxurious and spacious cabin. Of particular note is the way it incorporates the exterior with a special centre console treatment that originates from the rear deck and runs down the length of the cabin all the way to the dashboard.

Artfully adapted from the current LC coupe, the concept’s design brief was guided by the expression, Ultimate Beauty. From the rake of the windscreen to the smooth contours of the rear deck lid housing the convertible top, every line was drawn to evoke an emotional response. Indeed, the concept stands as an aspirational halo vehicle for the entire Lexus line-up. 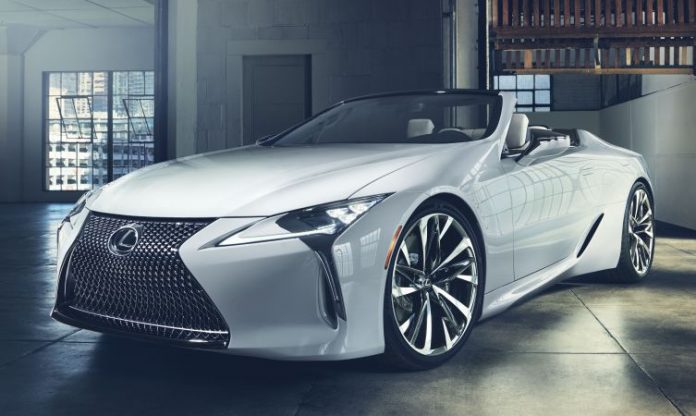