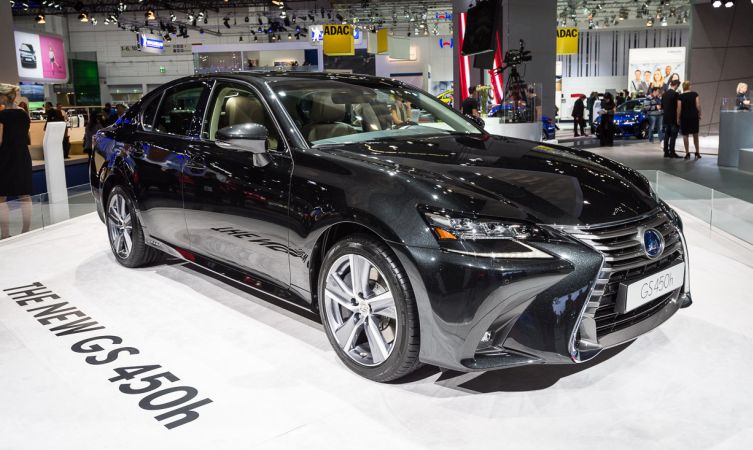 Lexus has revealed its expanded and refreshed GS saloon range at the 2015 Frankfurt Motor Show, which introduces a number of design and engineering enhancements for all versions.

The new 2.0-litre turbocharged Lexus GS 200t is a Lexus newcomer at the Frankfurt show. Although this model will not be sold in the UK, its European debut heralds a new look for the GS saloon that will be adopted across the full range. Internationally the GS will be available in GS 200t, GS 350 and full hybrid GS 300h and GS 450h forms. The UK range, however, will consist of GS 300h and GS 450h models only. 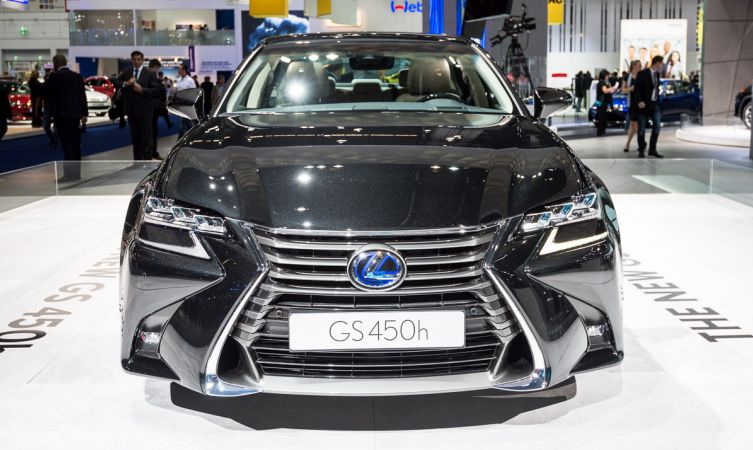 The revised Lexus GS, with a stronger front-end styling, new bi-LED headlamp units and new rear end detailing, will be introduced at the end of the year. The model will also adopt the new Lexus Safety System+.

The 2016 Lexus GS marks an intersection of style and refinement, indicated by a strong rendition of the signature Lexus spindle grille, framed in an elegant satin chrome trim and flanked by distinctive new Bi-LED headlights. 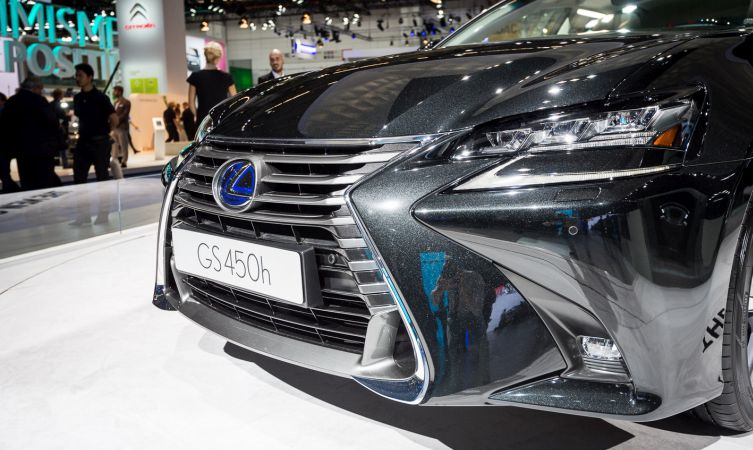 A new front bumper and rocker panel further sharpen the coupe-inspired profile, while to the rear there are revised lamp units and trim. New 18 and 19-inch machined-finish wheel designs have also been introduced.

In the cabin the analogue clock, housed in a single ingot of aluminium, adds a new GPS function for accurate time zone adjustments. 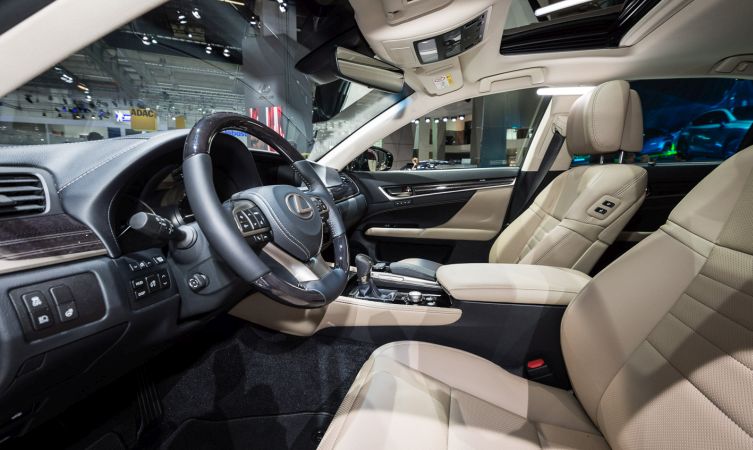 The GS line-up is led – as you would expect from the leader in luxury hybrids – by the GS 450h, a high performance full hybrid. Its Lexus Hybrid Drive system combines an Atkinson cycle 3.5-litre V6 and a water-cooled, permanent magnet electric motor to give a total system output of 341bhp, channelled through a continuously variable transmission. For a car with 46.3mpg combined cycle fuel economy, nought to 62mph acceleration is a remarkable 5.9 seconds. 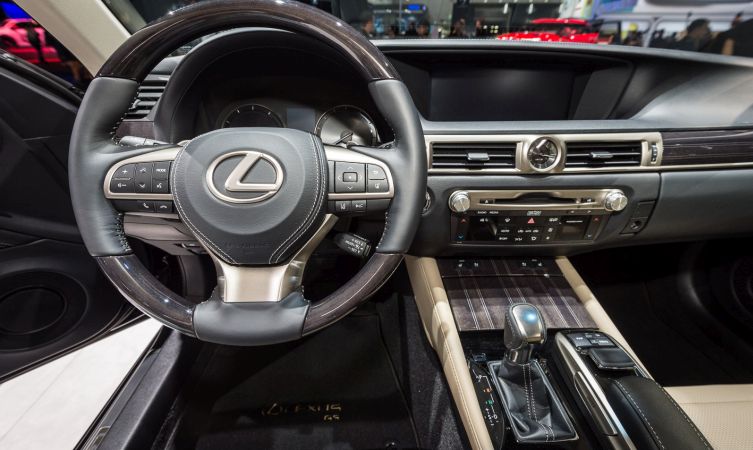 The second hybrid model in the UK line-up is the GS 300h, a sport saloon equipped with a fuel-efficient 2.5-litre four-cylinder engine with combined cycle fuel economy from 60.1mpg and 109g/km CO2 emissions.

Both GS hybrids are available in all European markets; the GS 200t will be offered in selected European countries (not the UK). The GS 350’s Europe region availability is in Russia, Ukraine, Kazakhstan and the Caucasus. 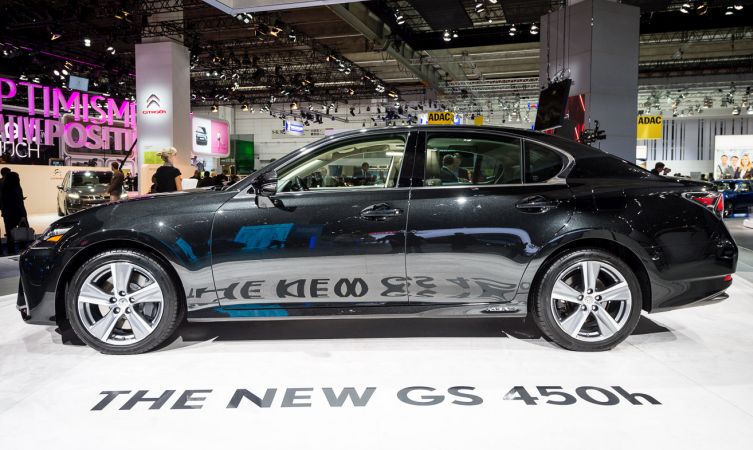 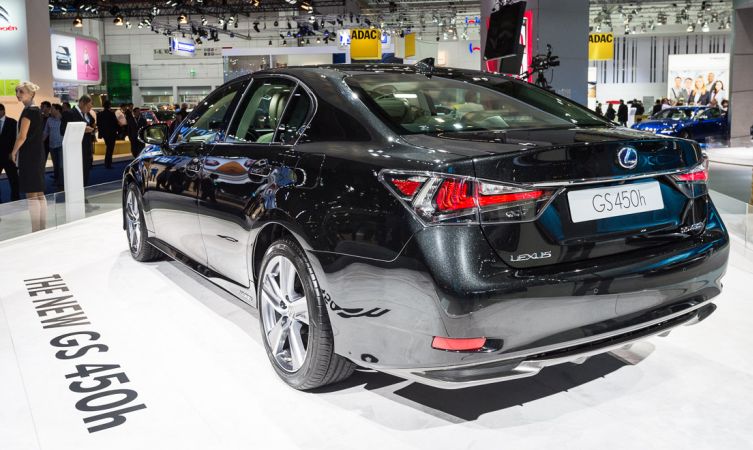 The 2016 GS is a testament to Lexus’s commitment to cutting-edge safety. Excellent occupant protection is founded on its robust structure and the provision of up to 10 airbags on board, while a wide array of driver-assist technologies help the driver avoid hazards. 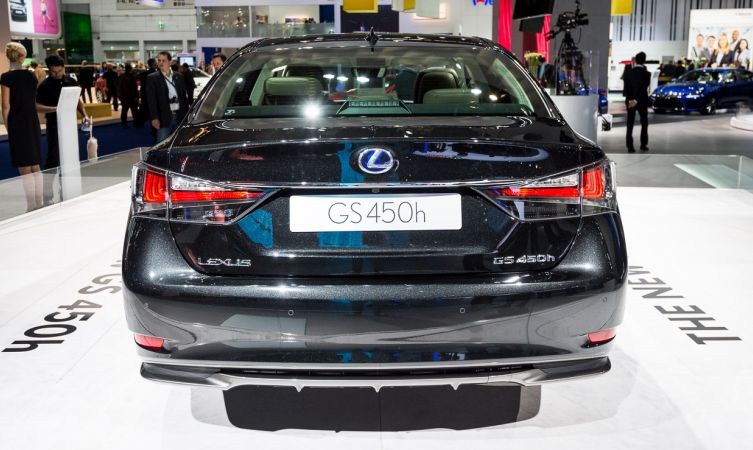 The GS range benefited from improved multimedia features in 2015. For the 2016 model year, the 12.3-inch display screen (available with the 17-speaker Mark Levinson audio system) will gain a full-screen map function, plus better voice recognition operation and graphics. The screen may still be split into two sections to display different functions at the same time. Ease of operation has been improved with new side-mounted “enter” buttons on the Remote Touch Interface controller and a new shortcut menu on the side of the screen.