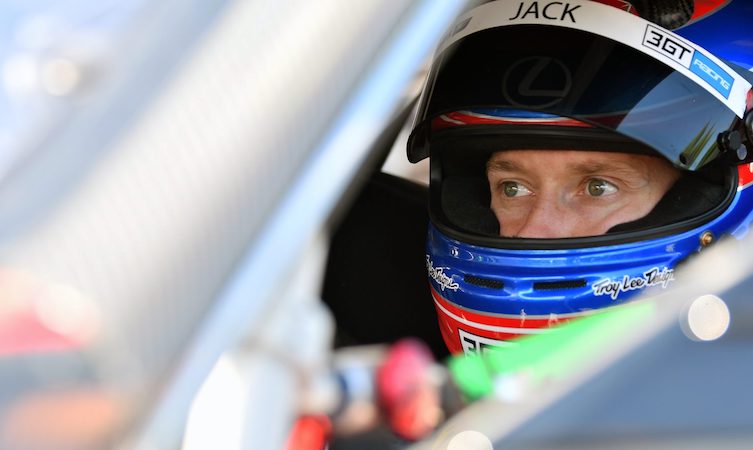 With motor racing on pause, we caught up with Lexus racing driver Jack Hawksworth to see how a racing driver copes during lockdown.

After making a name for himself as a karting champ, Hawksworth moved into open–wheel racing, securing an impressive third place overall in his debut year. 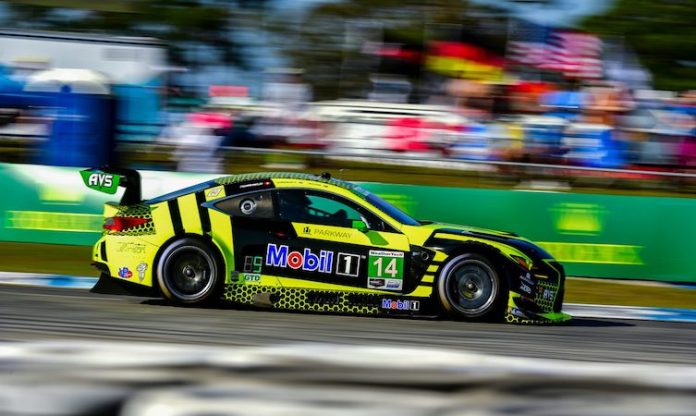 He continued in single-seaters for several seasons, including in IndyCar, before joining Lexus in the American IMSA series with the AIM Vasser Sullivan team. Last year, he guided the V8-powered RC F GT3 to victory at both Mid-Ohio and Belle-Isle.

But how has such an eager, race-driven individual kept himself busy during lockdown? We had a quick chat with Jack Hawksworth to find out.

Has it been a struggle to keep yourself in good physical condition during lockdown? 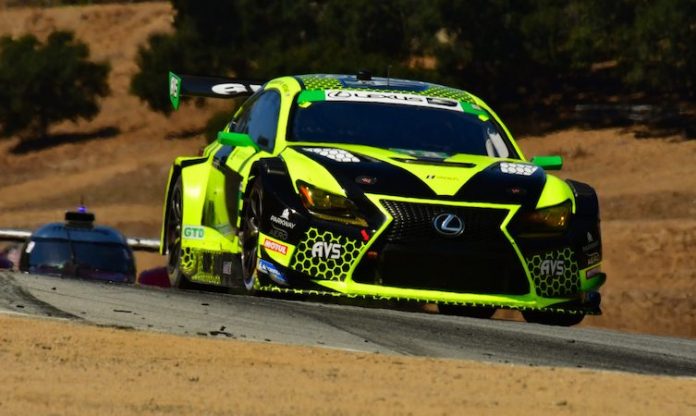 JH: For me personally, all I could really do during the end of March and early April was mountain biking and running and, fortunately, the weather was quite good during this period so I could do a lot of outdoor stuff.

Just recently, since motor-cross tracks and go-kart tracks have started to reopen again,  I have got a little bit more serious with my fitness. I’ve been trying to ride once a week, kart once a week and then next week when I head back to the States, I’ll have about three and a half weeks from that point where I’ll be able to train at Toyota and at their gym in Charlotte and get myself race-ready properly for the season.

How have you been spending your time during lockdown? 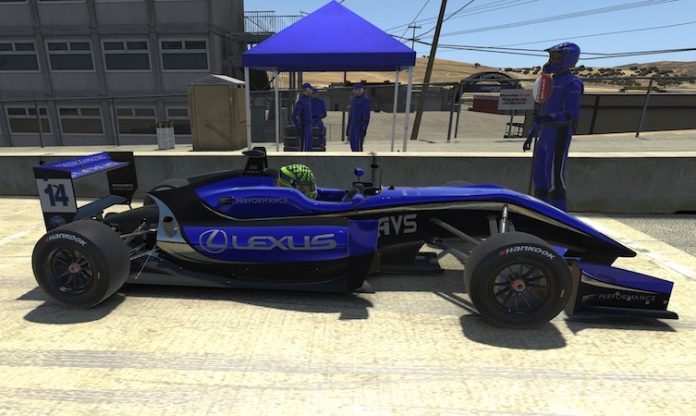 JH: I guess the big thing we’ve been doing within the racing community is coming together on all these virtual platforms to enjoy online racing. The online racing is quite a lot of fun, so there’s been a lot of time spent just doing that really and getting used to racing on the simulator, outside of that I’ve not really taken up any new hobbies as such, just been trying to keep my mind sharp by watching old races and videos. I try to keep my mind somewhat on the racing just so it gives me something to focus on.

You’ve been taking part in the eRacing Isolation Series during lockdown, what’s it like competing from behind a computer screen? 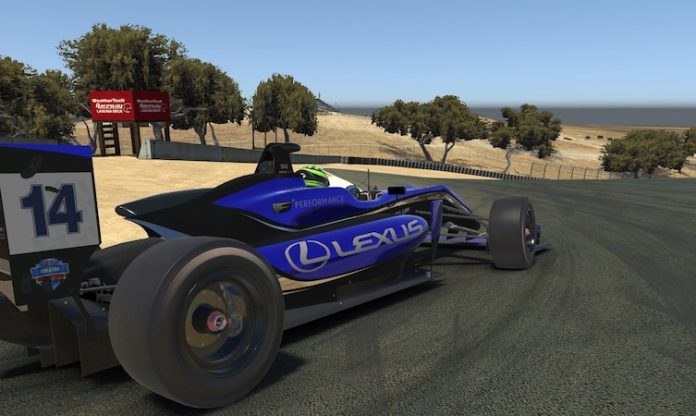 JH: Well it’s very different, obviously, when you are competing in real life you’re competing in a real car that moves around you and you use all your senses to control the car. Whilst on a video game, you are only using a steering wheel and pedals, all the feedback you are getting is visual through the screen and a little bit of bump feedback through the wheel. The cues that you are getting are very different, instead of feeling the car underneath you, you are now trying to feel what the car is doing based on what you are seeing in front of you on a screen, so it’s been very interesting.

It’s also been a lot about sharpening up my visual skills and obviously my gaming skills.  It’s been good fun, there is stuff which crosses over between the two, if you’re a good racing driver on track there are skills that cross over to the virtual world but there’s also a lot of other stuff which is very different which has been fun to get used to and it has been fun to compete in.

Have you learned anything from your virtual racing that you can carry forward or help you in your physical racing career? 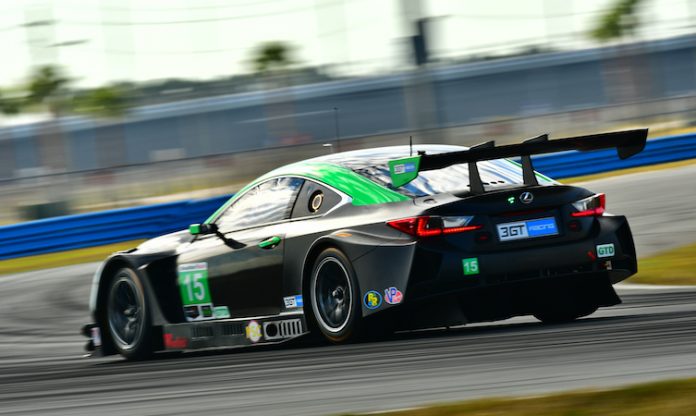 JH: I think that they are separate worlds, to be honest, but I do think there are skills you can sharpen, feeling a brake pedal and the throttle and the steering wheel through your hands, I think for your motor skills it’s very good. I think there is a lot of evidence to prove this, people who buy video games, generally, their motor skills and their minds are quite sharp. So I do think that there is an advantage to be had in that department, but in terms of actually learning a circuit or transferrable driving techniques between the two, I’m not sure that there is a whole lot that can be taken if I’m being completely honest.

Do you think you’ll continue racing virtually once lockdown has lifted and you are allowed back competing normally again? 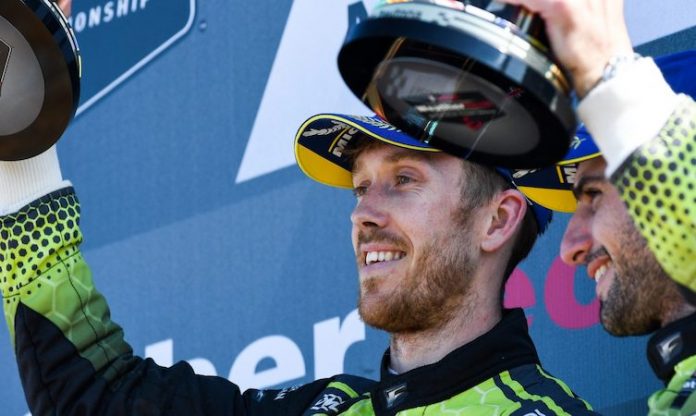 JH: I think that it won’t be as regular, as there won’t be enough time for it, but I’ve enjoyed it and I really enjoy the skill. I enjoy video games anyway; I like playing Call of Duty and so on, so it’s good to just jump on and do a bit of racing with your mates and stuff like that. I’ll definitely keep playing for sure.

How are you feeling about returning behind the wheel of your racing car after so long? 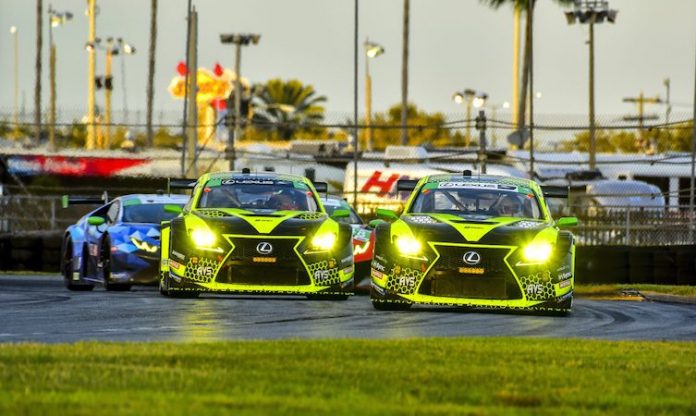 JH: I’m really excited to get back into a good routine again, to be honest. When you go into these races or into a championship, it gives you a focus all year round. You wake up in the morning, you think about how you can do better in the next race, you work with your team to improve the car and yourselves.

Personally, you improve your fitness and your technique, everything you are doing in the car, analyzing everything about the car. It keeps your mind occupied and keeps your mind sharp so for me. I’m looking forward to getting back into the race routine and testing routine, and all of that kind of stuff which I’ve taken for granted in the past.

With regards to going back racing, the IMSA has rescheduled your championship (WeatherTech SportsCar Championship) for the 4th July, but behind closed doors. How much of a difference do you think racing without any fans will be? 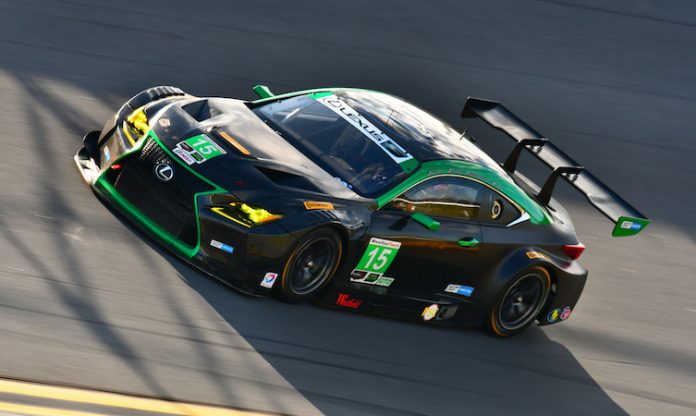 JH: Honestly, I don’t think it will make a huge difference when racing. With all the engine noise and mechanical noise going on in the car, it kind of drowns out the fans. Plus, the drivers are so busy concentrating on the race in hand that it probably won’t make a huge difference to them. But for the structure of the race weekend, things will be noticeably different. The lack of atmosphere at podiums and around the paddocks will be huge so it will be interesting to see how things work out and when fans are allowed back to watch the races again.

Jack will be heading back stateside in a few weeks’ time to begin training for his return to motorsport on 4th July. The first race of the revised WeatherTech SportsCar Championship will take place at Daytona International Speedway behind closed doors. Although fans won’t be able to physically attend the race, they can catch it live on NBCSN in America.