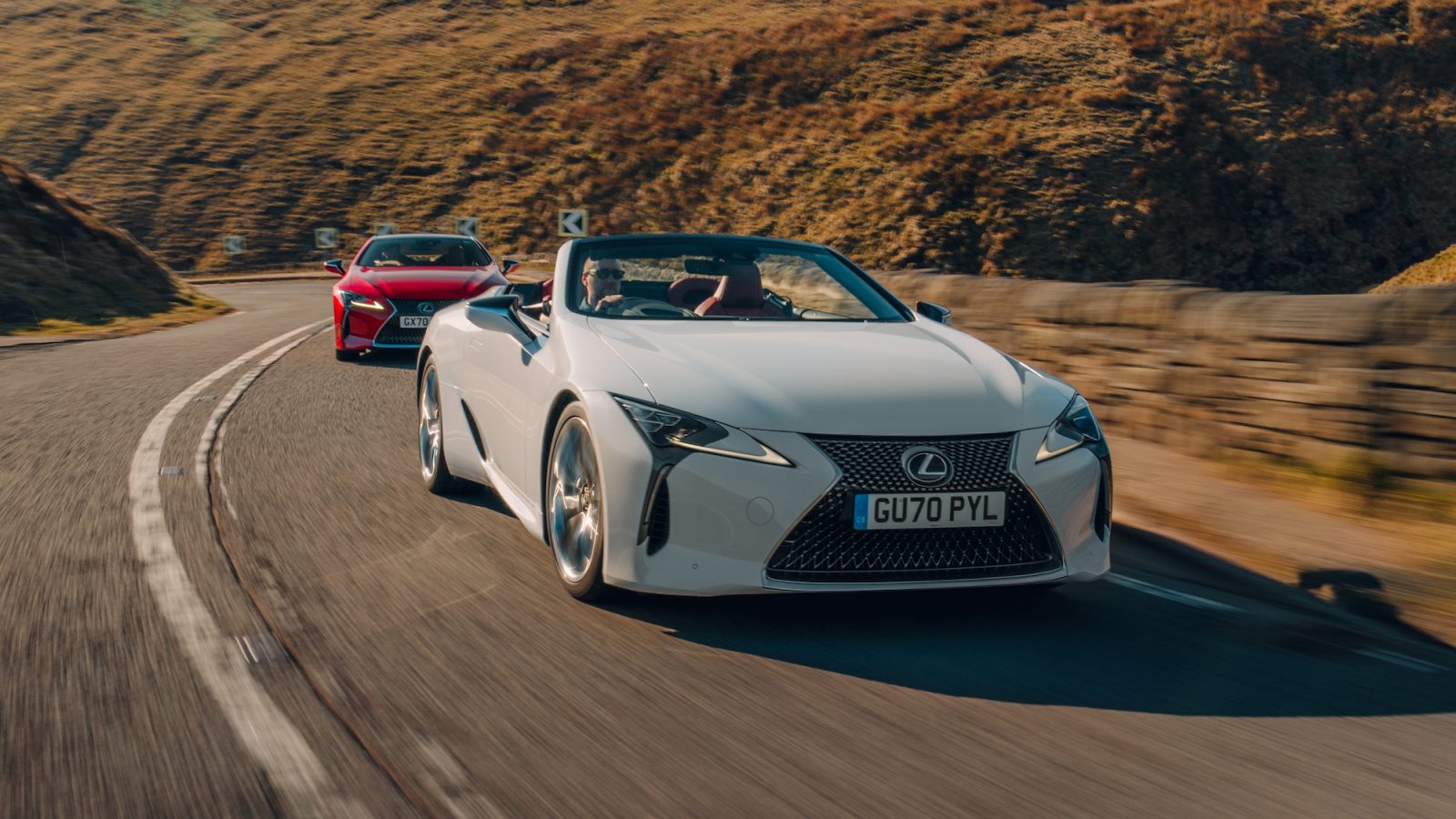 Freedom, adventure, discovery… nothing stirs the soul quite like a road trip. For now, of course, we’re just dreaming – but when lockdown is finally over, these epic routes will feel all the sweeter, writes Hazel Plush.

Click here for all the latest government guidance regarding travel during lockdown.

A heart-racing, eye-popping ride through the Brecon Beacons’ western limits, this 20-mile jaunt packs in peaks, valleys and pastures – with flawless asphalt all the way. For the best views, head in a northerly direction from the village of Gwaun-Cae-Gurwen – then up, up, through the mountains, before dropping down to Llandovery. Chances are, you’ll have this wild Welsh road almost all to yourself.

Encompassing the best of the Lake District in one 38-mile drive, this route on the A591 runs along the banks of Lake Windermere and Thirlmere, then the cloud-grazing Lakeland fells, and slice through countryside that has inspired artists and writers alike. Plan a pit stop at the village of Grasmere: William Wordsworth, who lived there for 14 years, called it “the loveliest spot that man hath ever found”.

The twists and turns of the B3135 would be fun even if the scenery was dull, but Cheddar’s soaring limestone cliffs make this 19-mile route irresistible. Craggy bluffs hug the roadside, making the drive from Bridgwater to Cheddar Gorge feel more like a caving expedition.  Take the A372 east from Bridgwater, then the A361 north-east, before joining the B3131 and on to the B3135.  Alas, it’s no hidden gem, but even the inevitable tourist traffic does little to dampen this route’s appeal.

From the village of Hornby to the Ribblehead Viaduct, along the A683, A687 and B6255 Yorkshire’s dashing Dales unfurl in every direction, replete with wild woodlands and pitted peaks that yield to lush, grassy valleys. This 15-mile trip ends beneath the famous 400-metre-high viaduct, whose soaring arches and honeyed stone have stood strong since the 1800s. Further on the Buttertubs Pass (7-miles, between Thwaite and Hawes) features thrilling descents and hairpins aplenty.

An exhilarating journey along Britain’s highest public road, this 89-miles route reveals some of the Highlands’ most beautiful scenery. From Blairgowrie, take the A93 and wend your way northwards, taking the A939 from Ballater – an effortless ride to traditional towns, crumbling castles and the Cairnwell chairlift (open all year, for skiers and hikers alike) – before toasting the end of your journey in charming Grantown-on-Spey.

Nothing banishes the cobwebs quite like a coastal road trip and this is surely England’s best. Between Barnstaple (Devon) and Newquay (Cornwall) along the A39 and A3059 you’ll find 75-miles of glorious beaches, dramatic clifftops and incredible surf. From Newquay follow the easy curves of the A3075 and A30 for another 41-miles, and you’ll reach Land’s End, the most westerly tip of mainland Britain.

Stretching the entire length of Cardigan Bay, the Coastal Way is 180-miles long – but this journey isn’t measured in distances. Instead, it’s all about the deserted beaches you stumble upon, the traffic-free roads with edge-of-the-world views and the quaint B&Bs where you rest your head. While the driving is smooth and spectacular, the stop-offs make this route extra special: think dolphin safaris, forest foraging tours, and kayaking. The Cardigan Bay coast is dotted with towns and villages such as Cardigan, Aberaeron, Aberystwyth, Aberdovey, reached via the A487.

This circular route starts in Inverness and driving clockwise you’ll soon give the city the slip, heading for northern Scotland’s untrammeled shore, through Muir of Ord, Applecross, Ullapool, John O’Groats, Wick, Dunrobin Castle and Dingwall before returning to Inverness.  The official route traverses 516-miles of winding back-roads, wind-whipped beaches, and remote rural communities, though we also recommend a detour to the Isle of Skye, to spy the otherworldly Storr rocks.

Dumfries is the starting point for this 300-mile loop, beyond which lie breathtaking sea views, medieval castles, and everything from angling to horse riding. The driving is spectacular as coastal curves give way to wide-angle stretches; ideal for lingering, but also perfect for enjoying your car. The route can be accessed from major routes including the M74 and M77 and takes in Mull of Galloway, the most southerly point in Scotland, as well as passing through Wanlockhead, in the Lowther Hills. Freedom never felt so good.