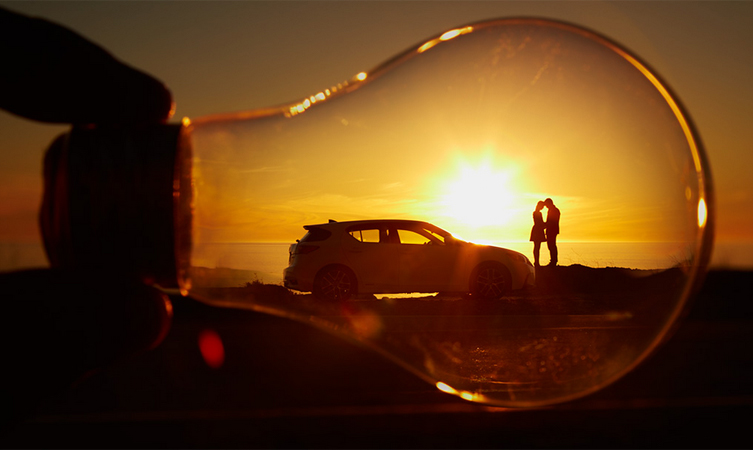 What an adventure this young couple has already had in their Lexus CT 200h F Sport. From escaping alien abduction and being crushed by a 50ft Barbie, to turning the world on its side and creating an alternative version of the famous Abbey Road album cover, you may think they’ve experienced enough drama for two lifetimes.

But no. In this final episode in our review of the way the Lexus CT 200h inspires art, the couple complete the second half of their epic road trip through California and Nevada, USA. Among other adventures, the man proposes in Las Vegas before celebrating their commitment at a drive-thru. They later escape from being mauled by a rogue Tyrannosaurus rex and finally share a romantic light bulb moment.

We hope this series of posts has inspired you to use similar effects and create mind-bending images of your Lexus CT 200h. If so, we would love you to share them with us on our official Facebook page.