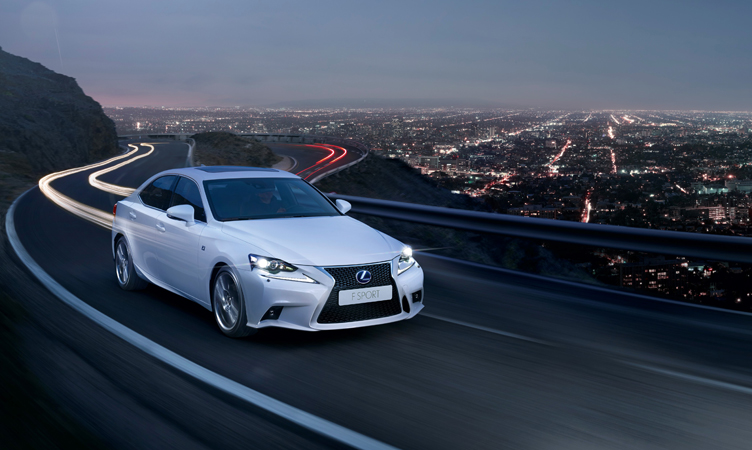 Lexus has a new millionaire, with global sales of its IS range of sports saloons having moved into seven figures at the end of July.

It’s a big achievement for a car that was the first Lexus to be designed primarily for the European market, a region where its popularity remains strong today. In fact, European sales account for almost 20 per cent of IS’s worldwide tally so far.

The UK remains a big contributor to the Lexus IS success, with total sales having reached 82,650 since the model’s debut in 1999.

It has picked up a number of awards along the way, including being ranked the top model in the WhatCar?/J.D. Power customer satisfaction survey in 2011 and, in its latest guise, winning the public vote to be crowned Britain’s Best New Car in the 2015 Auto Express Driver Power honours.

Seventeen years ago, Lexus’s intention was for the IS to attract new, younger customers to the brand, being a sporty, compact saloon offering sharp styling, a responsive straight-six 2.0-litre engine and rear-wheel drive. As the third Lexus to debut in Europe after the original LS and GS models, the IS 200 succeeded in giving the company a presence in a large and highly competitive part of the premium car market. Its outstanding driving dynamics and sporting profile were matched by high equipment and safety levels.

Lexus’s fast-growing reputation for excellent quality and customer service further helped the IS win customer interest and the range soon expanded to include the more powerful 3.0-litre IS 300 and, from 2001, the novel SportCross compact wagon.

The original IS proved an effective pathfinder for Lexus through to 2005 when the second generation model made its global debut at the Geneva motor show.

Displaying more distinctive and sophisticated styling, rooted in Lexus’s new L-finesse design philosophy, and offering even more refinement, the newcomer provided the platform for Lexus to explore new possibilities that would see the IS develop much wider market appeal. The initial IS 250, featuring a 2.5-litre V6 petrol engine and available with a new automatic transmission, was joined in 2006 by the first diesel-powered Lexus, the IS 220d.

A year later, the Detroit motor show witnessed the unveiling of the IS F, a high-performance saloon “built by enthusiasts, for enthusiasts,” as Lexus declared. This was the first Lexus to wear the elite “F” performance badge, a predecessor of the LFA super car and today’s RC F and GS F coupes. Every part of the car was honed for performance and driving pleasure. Its 5.0-litre V8 engine delivered 417bhp through the world’s first eight-speed automatic transmission, enabling the car to move from rest to 62mph in just 4.8 seconds, en route to a 168mph top speed.

The IS F was genuinely race track-bred, with extensive development testing at the Fuji Speedway in Japan and on Germany’s renowned Nürburgring. As a thoroughbred, it was engineered with dedicated performance components, from its engine, transmission and suspension to its wheels and tyres.

The versatility of the IS was further explored in 2009 with the introduction of the IS 250C, a svelte, four-seat coupe-convertible equipped with a three-part retracting hard-top. Not only was the roof mechanism the fastest-operating on the market, its ingenious design ensured the IS 250C look equally good with the top up or down, and allowed generous space for rear seat occupants.

The current, third generation IS marked the beginning of a new era for the model with the introduction of Lexus Hybrid Drive to the range for the first time. Since launch in 2013, the IS 300h has proved by far the most popular choice for European customers, claiming 90 per cent of IS sales.

The full hybrid model delivers exceptional smoothness and efficiency, while preserving the driver rewards that have traditionally been part of the IS’s special appeal. The powertrain combines a 2.5-litre, four-cylinder Atkinson cycle petrol engine with a compact, powerful electric motor for smooth and responsive performance, supported by the use of Dual VVT-i intelligent variable valve timing, Lexus’s D-4S fuel injection technology and a high-efficiency exhaust gas recirculation system.

This advanced engineering delivers unprecedented low exhaust emissions and fuel economy for the IS, with official combined cycle performance figures from 97g/km of CO2 and from 67.3mpg, strengthening the model’s attractiveness in European markets where environmental performance and ownership costs are key customer considerations.

The IS is also available with a 2.0-litre turbo petrol engine with innovative D-4ST fuel injection technology that supports both fuel economy and instantaneous torque. The IS 200t delivers 241bhp with maximum torque of 350Nm. It is capable of rapid acceleration up to a 143mph top speed and is equipped as standard with an eight-speed Sport Direct Shift transmission, developed for the high-performance RC F.

The IS continues to be a core part of Lexus’s worldwide model range, currently marketed in more than 70 countries and amassing more than 6,000 sales every month.