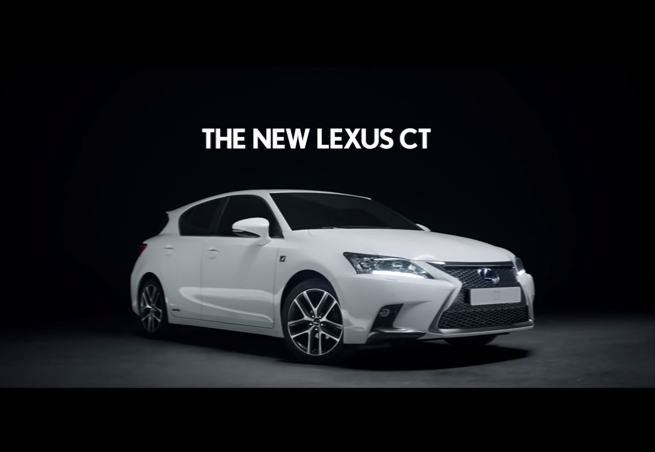 The new Lexus CT hybrid promises high-end luxury in a redefined, stylish package that’s as compact as ever – a fact neatly summed up in the latest Lexus television advert.

The commercial is set to arrive on UK TV screens in the coming days, but you can take a first look at it right here and on the Official Lexus UK YouTube channel.

Following in the footsteps of the advert Poise, created for the new Lexus IS, the CT ad employs a beguiling series of images of fish, fabrics, smoke, liquids and flowering plants to express what makes Lexus ‘Amazing in Motion’.

It’s the first Lexus UK TV advert to be voiced by actor Chiwetel Ejiofor since his Oscar Nomination for Best Actor in a Leading Role for the film 12 Years a Slave.

The no-nonsense trap hip hop track used in the clip is Dropzone by Donnie Daydream featuring Richie Sosa, while the advert was directed by Jonas&Francois / Konrad Begg.

You can let us know your thoughts on the ad in the comments below.