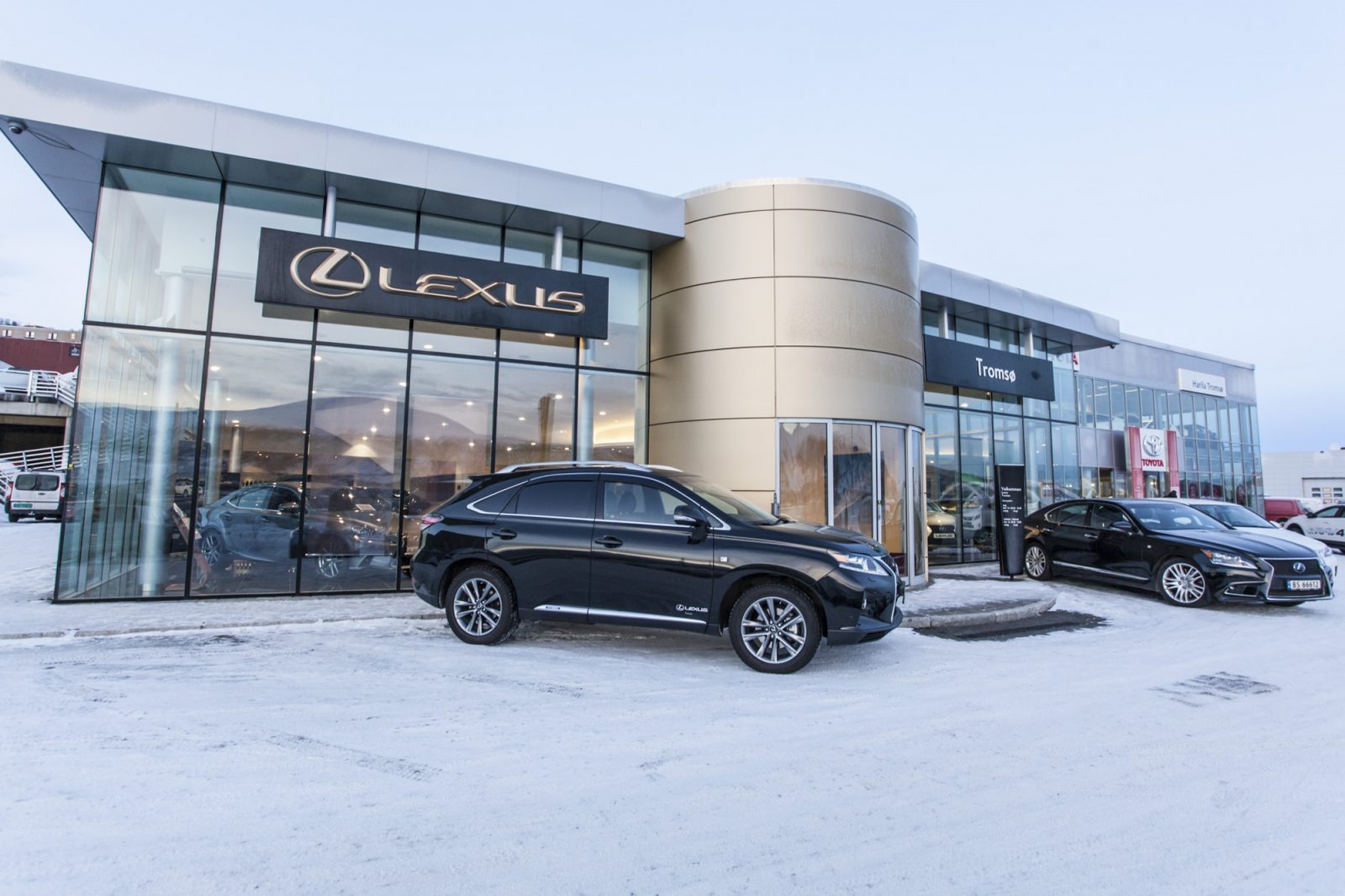 Deep into the Arctic Circle, in the far North of Norway, is the city of Tromsø. Famous as one of the best locations on the planet to see the Aurora Borealis, commonly known as the Northern Lights, it’s also home to the world’s most northerly Lexus Centre.

The sales manager at Lexus Tromsø is a colourful character named Trond Johansen, a man who has enjoyed previous careers as a professional footballer before becoming coach for Norwegian Premiere League team Tromsø IL. Now working at the successful Lexus centre, I wanted to ask him how business is doing, which cars are the best-sellers in this environment and what future models he is looking forward to arriving at the dealership. Over to Trond:

“We have been here since September 2008. There’s no doubt that the economic climate meant that in the early days things were a little difficult, but given the size of the population in Norway and how many cars we sell, it is amazing here.

“This year we will have a new four-wheel drive model based on the LF-NX concept, and that’s going to be an easy car to sell here – it’s the perfect car for Tromsø because of the colder climate.

“Predictably, the RX is pretty popular here, and we also do well with IS and CT. We even sold one LS, which is a great achievement, as just five were sold across Norway last year.

“Hybrid technology makes the CT 200h very popular because of its lower tax and emissions. There seems to be no typical buyer for this model; the youngest here is 18 years old and the oldest is 87. So we enjoy a good mix of clients.

“New cars, such as the IS 300h, are also attracting buyers here – yesterday I sold two! And with the face-lifted CT 200h coming in March, that will no doubt be popular too. However, it’s the new crossover that I’m most excited about.

“Between October and March winter tyres are the law, and they are our most popular accessory when buying a new or used Lexus.”

Trond explains that Lexus customers do ask for some modifications to their cars that may not be as popular further south, including insulated and long-range fuel tanks, not to mention block heaters that pre-warm the engine after a night in the freezing cold. But it’s surprising just how few modifications are made to Lexus models this far into the Arctic Circle.

Head even further north – to the Svalbard archipelago nearly 600 miles north of Tromsø – and you will still find Lexus models. Order a car from Trond and he will  deliver it to these islands in the Arctic Ocean, one of the most northerly continuously inhabited places on the planet.

Trond tells us that in his previous life as a professional footballer, one of the highlights was being coach in the ‘Snow Match’ against Chelsea, when Tromsø beat them 3-2 in the European Cup in 1997. He retains some links with the footballing world, as a number of his customers are professional players in the local team. Let’s hope they are in the market for a new car this year, to push those sales up!

Find out more about the Lexus range on lexus.co.uk