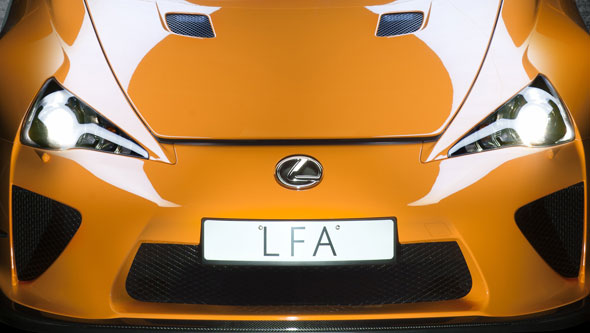 Most of us know a classic car when we see one. But what turns a car into a ‘superclassic’, something that will command stratospheric respect and equally stratospheric values?

There’s general agreement on the big three attributes for superclassic status. Rarity is an obvious starting point, but that’s all it is: some cars were rare for the wrong reason. That’s why high dynamic ability on both road and track is the second superclassic ‘must-have’. Thirdly, you need visual appeal from a mix of clean, functionally-inspired styling and the use of exotic, lightweight materials.

The Ferrari 250 GTO from the early 1960s is often quoted as the perfect expression of a superclassic. It ticks all three of our boxes. Just 39 cars were built. A GTO could be driven on public roads to the track, win a race, and then be driven back home. Visual appeal is subjective, but anyone who can spend less than a minute poring over at this Scaglietti-designed beauty without feeling some stirring of the emotions might want to check their pulse.

In its time, the GTO was a ultimate ‘gentleman’s racer’. Now it’s an automotive icon that even £10 million won’t buy.

Applying these same criteria, it’s hard to argue against the Lexus LFA Nürburgring Package as a strong candidate for future superclassic status.

The production run of the hand-assembled, carbonfibre-tubbed Lexus LFA ran for two years and was set at a strict limit of 500 cars. By Ferrari GTO standards, that’s a lot, but here’s where it gets interesting: of those 500 LFAs, just fifty were Nürburgring Package cars.

This special Nürburgring model broke two records. It was the most expensive Japanese car ever put on sale, and it set the fastest lap time for a current, regular production car around the ’Ring’s legendary Nordschleife circuit – 7min 14.6sec, touching speeds of over 295km/h (183mph).

Whether it’s being taken for a full-on track session, a mountain-roads blast or a suburban shopping trip, even the standard LFA delivers a unique all-round ability that mere statistics can’t hope to convey. Hearing the wail of its 4.8-litre V10 through the triple-outlet titanium exhaust system or feeling the pinpoint response of its ultra-light CFRP body doesn’t make it any easier to describe the experience.

Because additional downforce reduces a car’s out-and-out performance, the Nürburgring LFA got a 10bhp ‘top-up’ to 562bhp along with shaved-down gearshift times to make sure that the car’s headline 0-62mph acceleration time of 3.7 seconds and general performance levels were maintained, even with the added grip – a typically thorough Lexus approach.

Even by the LFA’s exalted standards, the Nürburgring Package was special. Driving one gives an instant insight as to why the LFA has scored a hat-trick of class wins at the German circuit’s 24 Hours race.

When demand for a car outstrips supply, as it did with the LFA, buyers can become more interested in a car’s potential investment value than in its performance. For Devshi Varsani, the London-based LFA Personal Liaison Manager who was responsible for managing the orders and expectations of the car’s demanding European clientele, and a man with long experience in the premium car market, the LFA was different. “The impression I got from my dealings with customers was that this was definitely a car for them to keep. Two European owners liked their LFAs so much, they bought two. One bought three.

“I always felt that once owners had driven their LFAs, they wouldn’t want to pass them on. Everyone was entirely at ease with the idea of a high-performance Lexus, because they knew that Lexus means quality and reliability. Not many high-performance manufacturers offer more than a 12-month warranty on this type of car. The LFA came with a three-year warranty and full breakdown service. It’s superbly finished and put together. It’s a car that can be driven from A to B just as easily as on the track.”

That last sentiment goes double for the LFA Nürburgring Package. It could easily be described as the new ‘gentleman’s racer’ for the 21st century. Of the forty ‘regular’ LFAs sold in Europe, just four were Nürburgring Package cars. Buyers received one-to-one driving tuition from a Nürburgring chief instructor, plus a year’s pass to enjoy their car as often as they liked on the famous Nordschleife.

With this kind of provenance, the LFA Nürburgring Package looks like a shoe-in blue-chip investment. The Ferrari 250 GTO will probably always be worth more than any LFA, or indeed just about any other car. But then, it doesn’t have aircon, an amazing sound system, or the ability to keep on delivering spectacular performance and handling with nothing more than the occasional visit to a dealer for routine servicing. Maybe useability should be added to our ‘big three’ superclassic attributes.

In the final analysis it’s difficult to have any real idea about future LFA values, simply because so few cars come up for sale. At the time of writing there were no LFAs on sale in Europe. Not one. Owners are just too busy having fun with them.

That’s not something many GTO owners can say – and perhaps that’s the best superclassic definition of all.