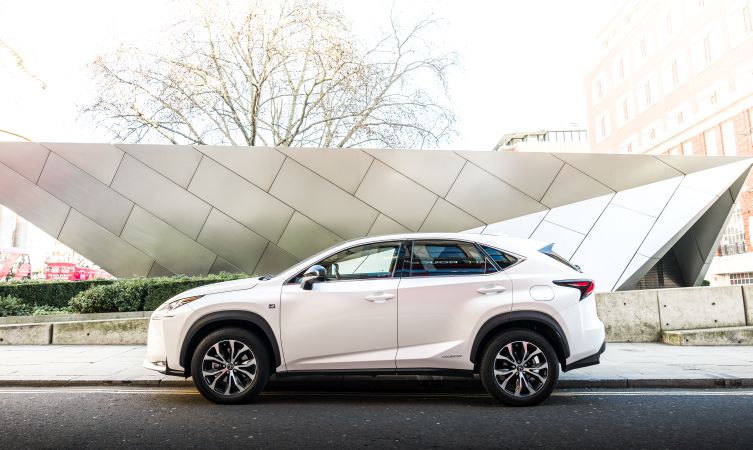 In this series we compare the striking angles and environmental qualities of the Lexus NX with the angular design and energy efficiency of selected examples of modern London architecture. For our first post we visited the Saw Swee Hock Student Centre in Aldwych.

For the second instalment we decided to cruise a few miles eastward along the A4 to alight at the City of London Information Centre in St. Paul’s Churchyard. 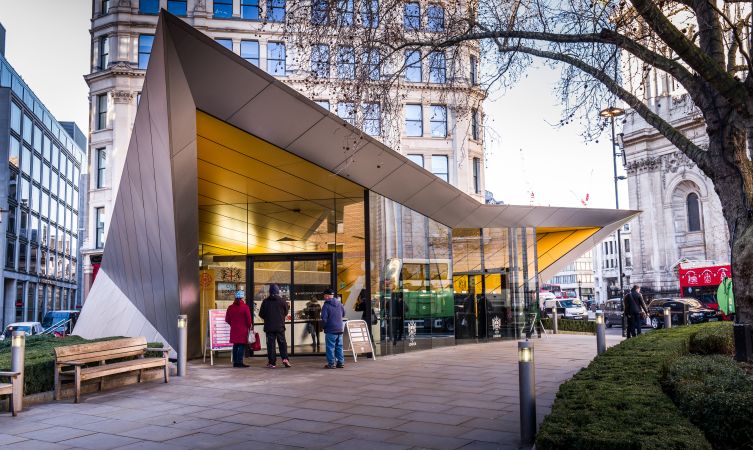 Located opposite the South Transept of St. Paul’s Cathedral and at the intersection of busy tourist routes, the City of London Information Centre makes an unapologetically modern design statement in an area of architectural and urban significance. Completed in 2007, this state-of-the-art and multi-award-winning building has become a landmark in its own right. 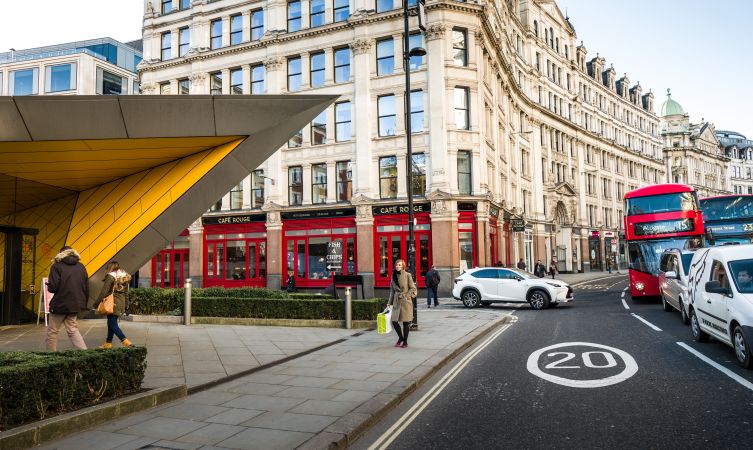 Set back from the road within the greenery of Carter Lane Gardens, the centre can only be accessed by pedestrians. In fact, just as the angular design of the Lexus NX has a functional purpose in smoothing the car’s aerodynamic profile, so the striking triangular shape of the information centre was designed to assist the natural flow of human traffic around the site. Its oblique setting was carefully judged so as not to encroach on key sightlines of St. Paul’s, while maintaining a clear presence for the assistance of tourists. 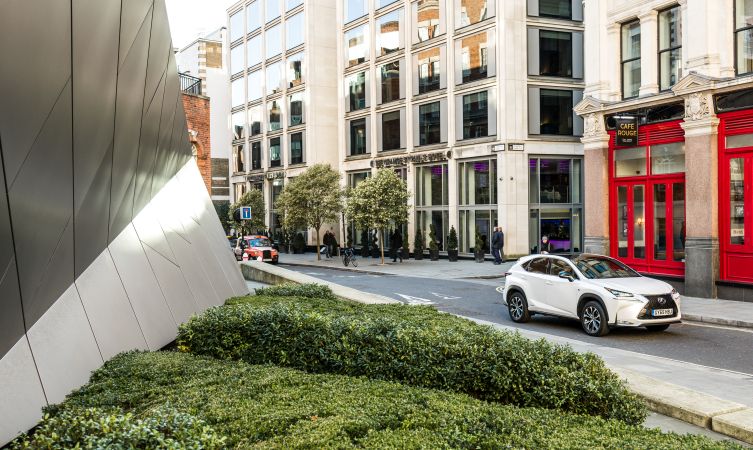 Make Architects, the practice behind the centre, describe it as “a folding metallic envelope [which] evokes the aerodynamic profile of a paper aeroplane and is wrapped in 220 pre-finished stainless steel panels.”

An independent architectural website saw those ‘wings’ in a more animate way, commenting that the “orientation and profile of the building [establishes] an intriguing dialogue with St. Paul’s. The structure quite literally looks up to its prestigious neighbour and opens out to embrace the people who approach it.” 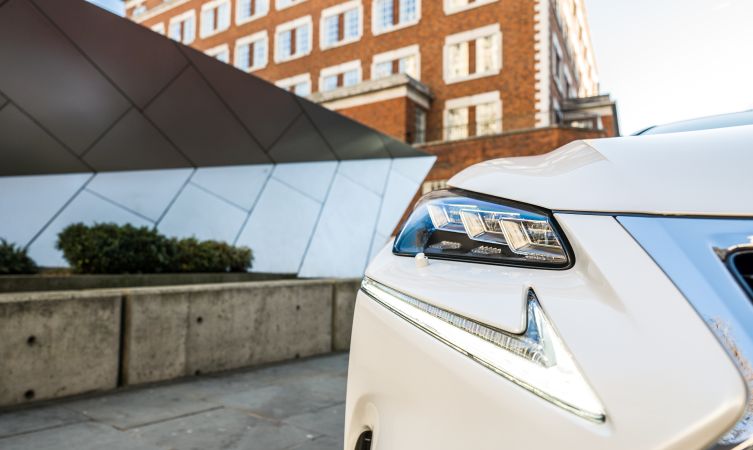 The spirit of welcoming hospitality is known in Japanese as omotenashi. It is a key element woven into the design of all Lexus vehicles. Yet this hospitality is not limited to the welcome comfort and ergonomic quality of the interiors. It also extends to a host’s ability to anticipate and then fulfil the needs of a guest. In the Lexus NX, this anticipation can be appreciated in areas such as the concealed vanity mirror in the centre console and the powered tailgate.

More than simply striking to look at, the City of London Information Centre is designed to make wise use of earth’s natural resources. On its opening, the building exceeded stringent environmental standards for carbon dioxide emissions by 20 per cent. Similarly, the responsible engineering of the Lexus Hybrid Drive unit in our Lexus NX 300h makes it among the cleanest and most efficient in the SUV class and perfect for city centre driving. 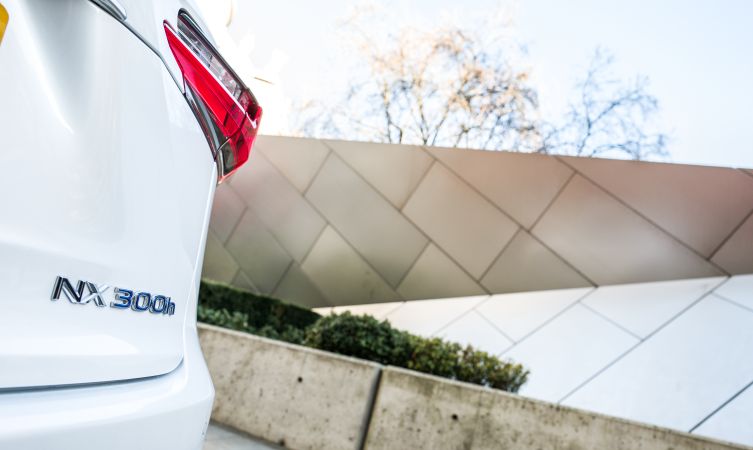 Rainwater is channelled from the roof of the centre and used to irrigate nearby plant life as well as flush the site’s toilets. And just as Lexus has adopted bio-plastics for some of the interior trimmings of its vehicles, the inside of the building is decorated with a high percentage of recycled timber products. It also makes optimal use of natural light from the combination of a full-height glazed frontage and a series of triangular roof lights.

But the really clever part of the building is its harnessing of geothermal energy to heat and cool areas occupied by members of staff. This unobtrusive system uses a series of boreholes dug 60 metres down into its central London plot to efficiently regulate the interior environment. 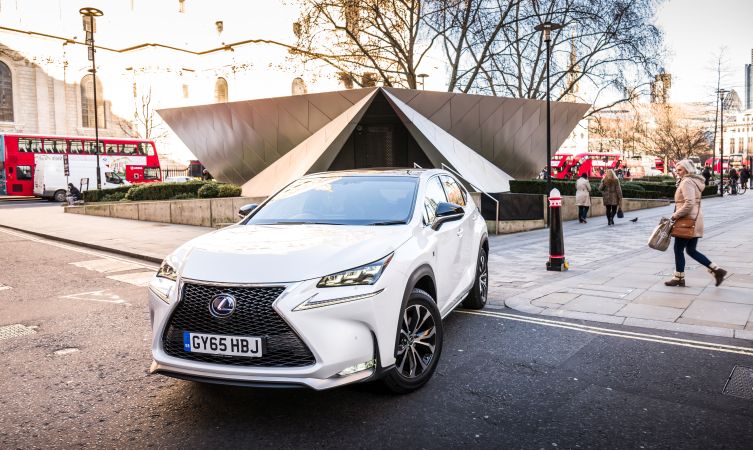 Sean Affleck of Make Architects concluded: “For me, one of the most fascinating things about this project is that it has been a catalyst for re-examining the whole area around St. Paul’s, and working to transform it into a dramatically improved, pedestrian-friendly and genuinely public space. We’re particularly proud to have been involved in such a significant intervention in one of London’s most important urban quarters.”