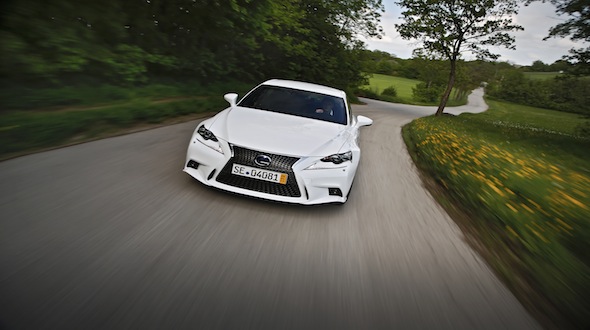 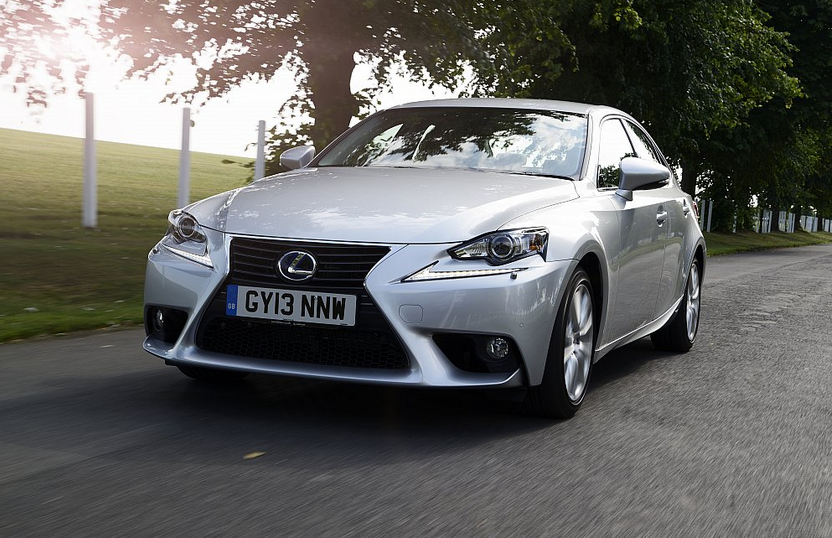 You’d think just about every aspect of basic car design had been well and truly nailed by now – until you look at the strips of rubber on bent metal sticks that we’ve been relying on to keep our windscreens clear of water and dead insects for the last century or so.

That’s when you realise that maybe there is still room for improvement, even at the most fundamental level.

Lexus designers and engineers are encouraged to explore the potential to improve on the car in this more general sense.

That’s why the new IS has a couple of interesting tweaks that most folk would never even notice unless you pointed them out – at which point they’ll almost certainly slap their foreheads, say something like “oh wow, yes, of course”, and hail you as a bit of a genius.

Here’s how to impress your friends. Next time you see any modern car, take a look at its roof. Specifically, the part of the roof immediately next to the body side member that the doors shut into. See that black rubbery strip running along its whole length? That’s the roof drip moulding. It’s designed to channel roof water away from the door apertures so you don’t get soaked when you get out of a car in the rain. It’s motoring’s equivalent of a house gutter.

That moulding – which you might now be thinking is rather unsightly – covers a gap where the roof panel meets the body side member. The shapes of those two panels, and specifically where they meet, have always been dictated by the methods used to weld them together.

Check the graphic to see what we mean. 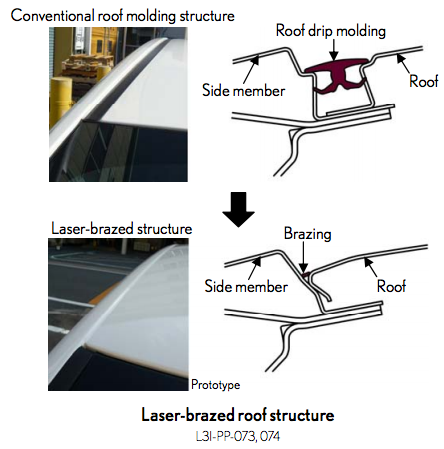 Now look at the same area on a Lexus IS roof. The drip moulding has gone.

It’s a result of the introduction of laser brazing, a technique that has allowed the design of the roof and side member panels to be considerably simplified. Those panels are now directly attached to each other, doing away with the traditional drain channel while still diverting rainwater away from your best Sunday bonnet.

“We’ve used laser brazing before, but only on boot lids,” IS Deputy Chief Engineer Naoki Kobayashi told us. “This is the first time we’ve used it for the roof. We think it brings a big improvement to the appearance.”

Laser brazing and finishing also adds time to the IS assembly process, but Lexus takes the view that the clean new look it brings to the car more than justifies the extra time spent. You may well agree when you next see a regular car with its funny old roof drip moulding.

No conversation about unsung areas of a car can be considered complete without some mention of the inside of the wheelarch. Normally, the edge of the wheelarch body panel is simply folded into the arch space at an angle of around 90 degrees. The IS, however, has hemmed wheelarches.

This treatment – a first for Lexus – folds the flange of the outer panel over the inner one and also creates more space by reducing the distance from the wheelarch outer to the tyre, from the current 20mm to just 11mm. That allows the outer wall of the tyre to sit 5mm further out than before, showing the tyres off well and delivering a really clean bodyside look. A quick look at the graphic will cut through the fog of our clumsy explanation. 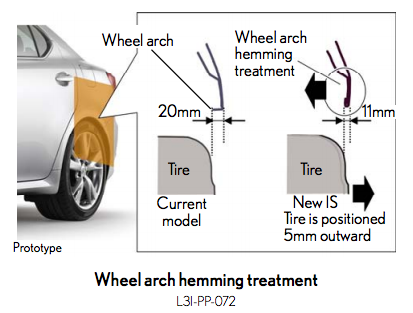 We asked Kobayashi-san whether wheelarch hemming was a more difficult or exacting process than the normal method? “Yes it is,” he said. “To avoid distortion we have to spend a lot of time bending the wheelarch little by little.”

Details like these may seem relatively insignificant, but they’re indicative of a mindset of refinement through simplicity which can ultimately reduce costs – not necessarily for the factory, but for Lexus ownership.

These aren’t the only examples of ‘metal magic’ on the IS. Some items like the front door impact beam are made of special metals created by a ‘hot stamp’ process. This imparts strong-steel characteristics to lighter weight materials by heating them to very high temperatures, quickly forming them on the press and then immediately quenching them.

“They are normally more expensive to produce, because heating naturally requires a cooling process, which means a higher cost.

“However, with our unique methods, we have actually achieved a cost saving.”

You’d expect nothing less from the metal magicians of Lexus.

Are there any parts of modern car design at its most basic that you think could be improved? Post your comment here. 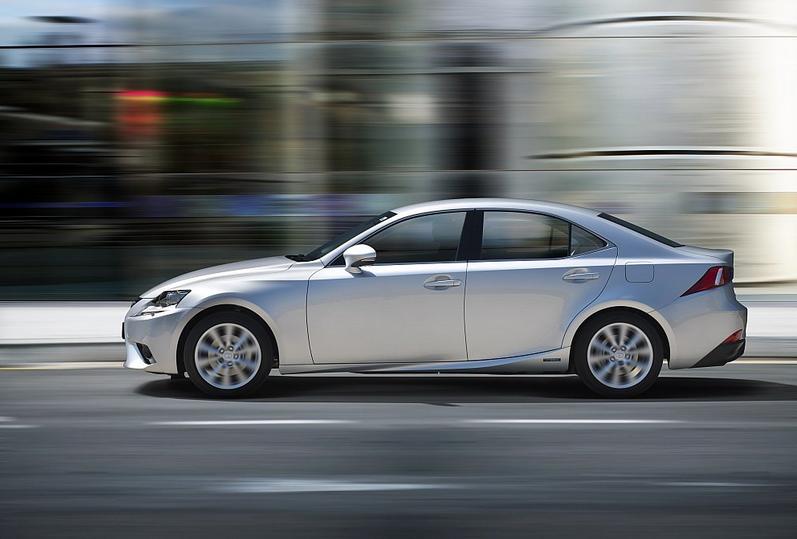