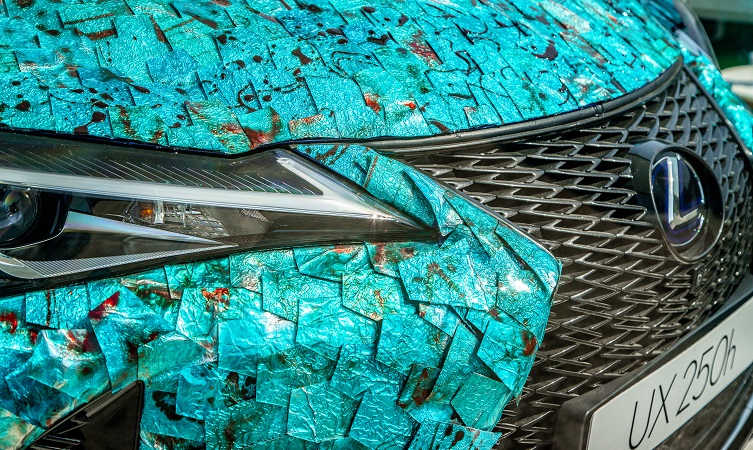 A colourful and detailed artwork that evokes the shimmering quality of fish scales has earned Antoñito and Manolín first prize in the Lexus UX Art Car competition. The Spanish duo’s success with Armour of Scales was announced at the climax of the Chantilly Arts & Elegance event, where Lexus was celebrating the 30th anniversary of its founding. 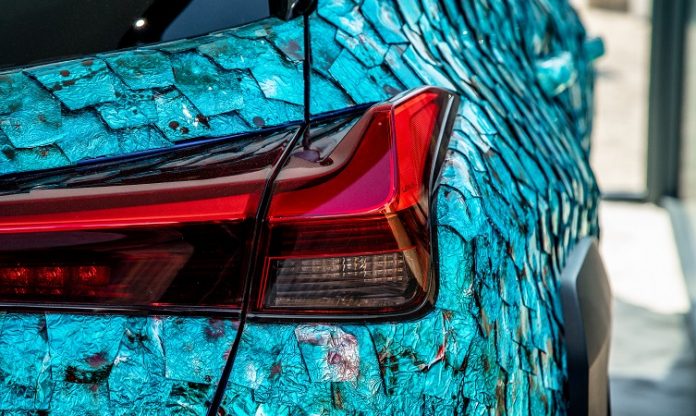 The eye-catching creation proved hugely popular with visitors, who were invited to vote for their favourite submission among four finalists, each of whom created a distinct artistic treatment of the new Lexus UX compact SUV.

Antoñito and Manolín covered their Lexus UX Art Car with a mesh representing the skin of a fish – a motif frequently found in Japanese art and culture. The colourful wrap is a three-dimensional structure made from a bio-epoxy material, superimposed on the car’s bodywork like a canvas. The convergence of contrasting qualities is in the same spirit as the engawa concept the UX designers applied to create a seamless connection between the inside and outside of the vehicle. 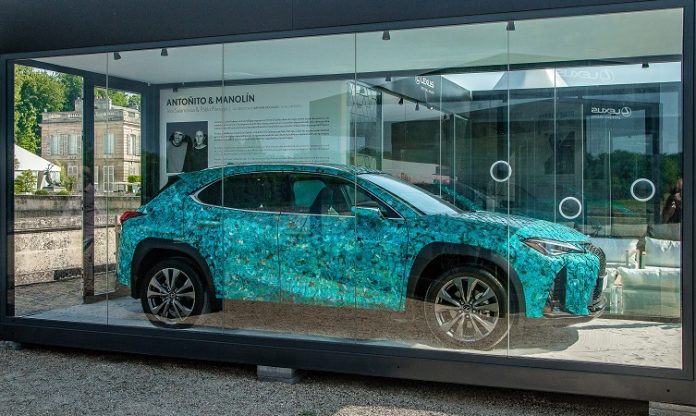 Pascal Ruch, head of Lexus Europe, said: “We are delighted that the UX proved such an inspiration to these talented artists and gave them the opportunity to express their responses to the car and to Lexus with such creative originality. Brave design is one of the pillars of Lexus and this competition is another example of how we are reaching beyond the world of motoring as a luxury brand to nurture emerging, vibrant creative talent.”