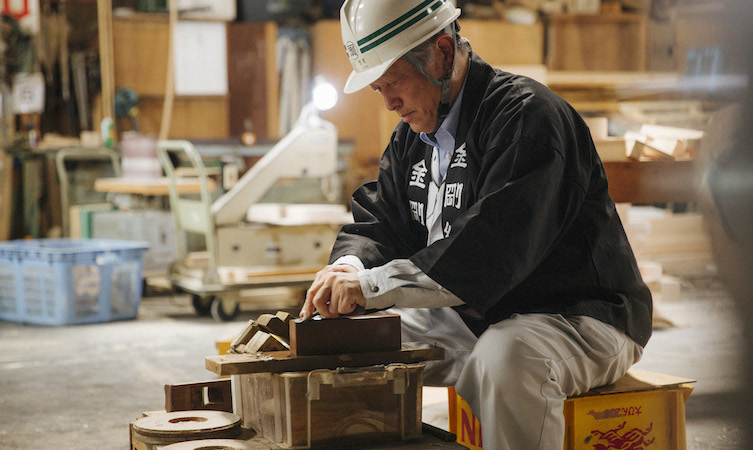 One of Shigeo Kiuchi’s earliest memories is of being taken to the Shitennō-ji Temple in Osaka with his father, who was a master carpenter at the Kongō Gumi company and was working on the temple’s restoration.

“I was seven years old and I remember climbing up these railings which were about 20 metres high. Back then, there were no safety standards, and people used to just jump from one part of the temple roof to another. I remember it being quite scary,” says Kiuchi, who is the master carpenter in the Lexus Takumi documentary. 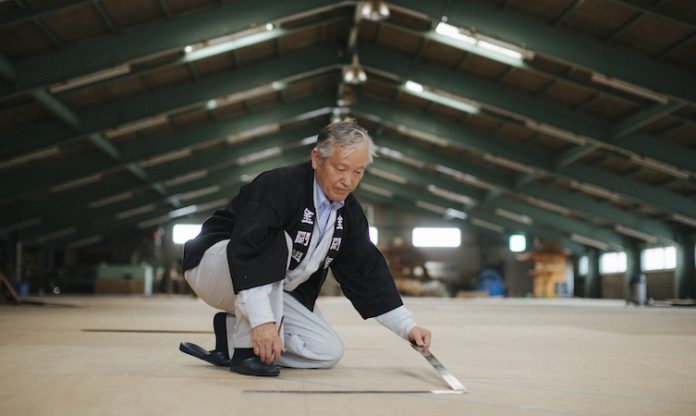 That was Kiuchi’s introduction to Kongō Gumi, the construction company that would form a major part of his life. He followed in his father’s footsteps as a master carpenter and now, aged 68, he’s still working at the company and passing on his skills to younger generations.

Kiuchi is part of a company with an extraordinary history. Founded in Osaka in 578, Kongō Gumi is the oldest continually operating company in the world. The company has continued with a tradition of passing on skills to younger members of staff, and maintaining its legacy. 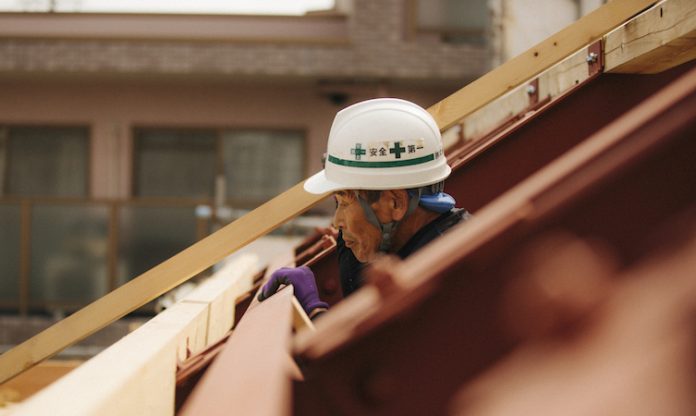 Here, Kiuchi describes his early experiences as an apprentice and explains how the takumi philosophy underpins his working life as a master carpenter.

You started at Kongō Gumi aged 18 as a direct apprentice to your father. What was that like?

“Well because I was in the position of learning from my father, I was always saying yes to whatever he was telling me. That didn’t really happen much at home!” 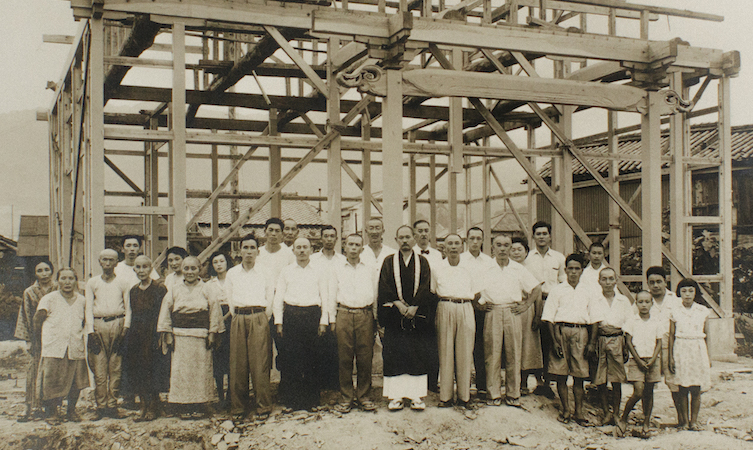 Did you have any choice but to go into the profession of master carpenter?

“I wasn’t even aware that there was any choice. I always knew this would be my path in life, so that was always on my conscience. There were times when after we graduated school, my friends were able to do all sorts of occupations and I felt kind of envious towards them at one time.” 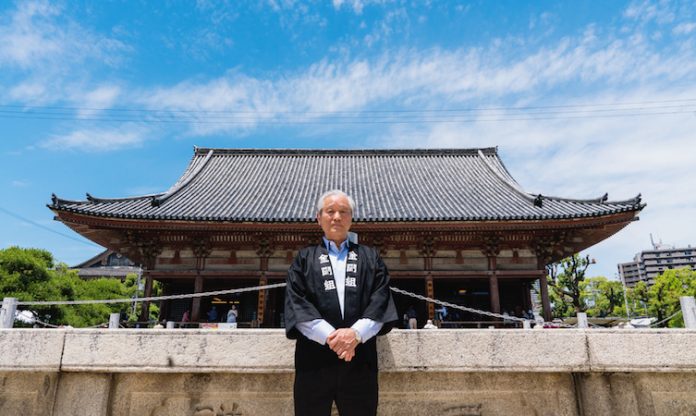 Is it true that apprentices used to go and live with the takumi who were training them at work?

“Yes, in my father’s generation, we did have young apprentices come to live in our house. Nowadays we can’t do that any more because the Japanese labour law doesn’t allow it. Under the labour law, the total amount of time you spend at the house of the chief carpenter counts as working hours.”

Do the apprentices have to be extra respectful to the takumi?

“It’s one leadership structure, meaning that everybody has to listen to their boss, no matter what situation you’re in.” 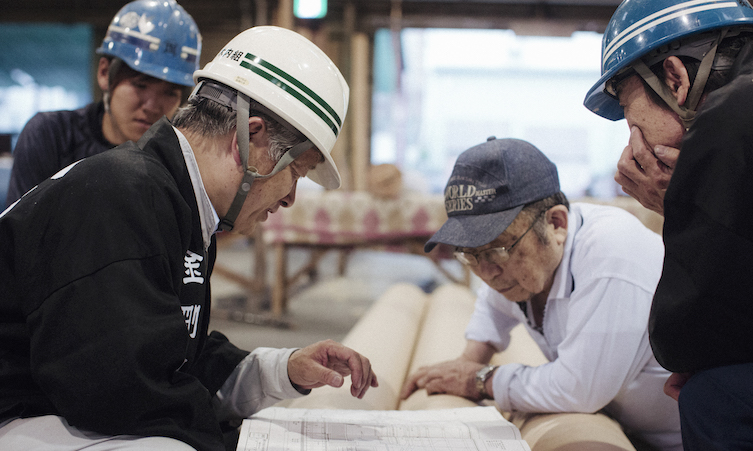 Even if you disagree?

“You never say that you disagree. If the chief carpenter says that the crow is white, then everybody has to agree that it is white!” 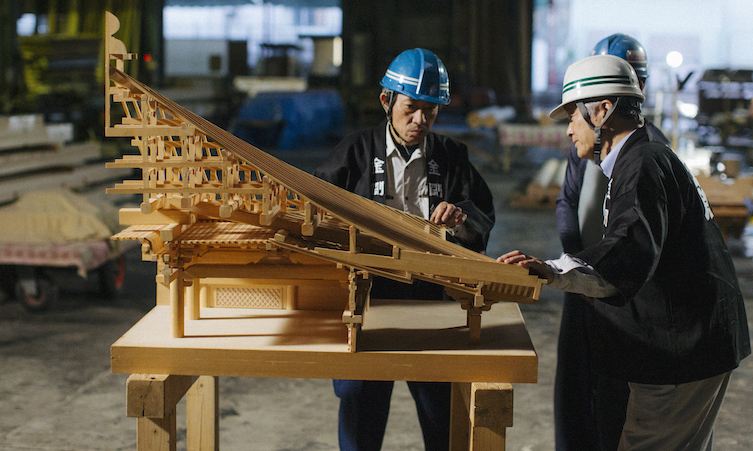 What does being a takumi mean to you?

“In our industry, the carpenters who work with their hands, we call them takumi. But to become a real takumi takes a lot of time. It takes a lifetime to get to the top, the pinnacle of being a takumi.”

What are the most challenging parts of building a temple?

“When you build something, because the building materials are so heavy, it starts to slowly sink into the ground with the passing of time. When we build something, we’re careful to do it according to the blueprint design and we want the whole shape to stay the same as it is in the blueprint.” 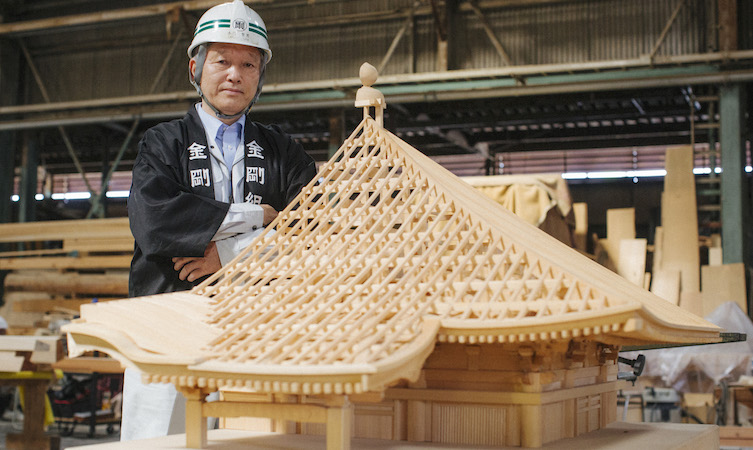 Your work requires a lot of skill…

“We believe that wood is alive, so for example, it’s different to working with steel because you might think, ‘I’ll cut it to this size,’ but wood may shrink or get bigger due to the environment. So we have to assume that a length of wood could change.” 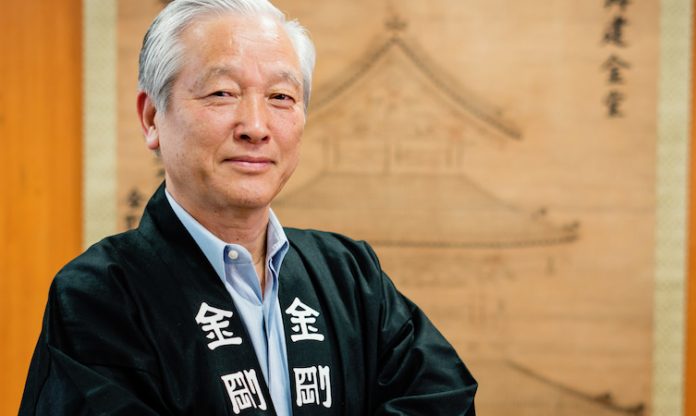 What’s a typical day like for a master carpenter? 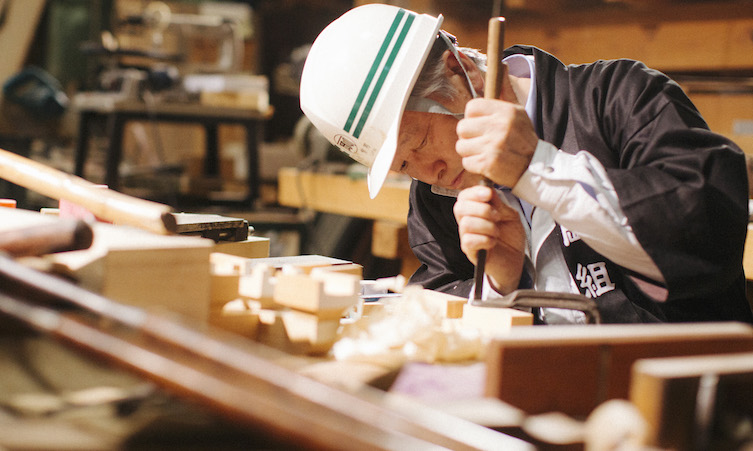 That’s a lot of hours…

“Right now we have the weekends off, Saturdays and Sundays, but back then the only time we got off was two days per month. But you know it was a job that I wanted to do. I was young and I didn’t get tired so easily and I didn’t really want days off back then.”

Do you feel that to become a real takumi you need to have reached a certain number of hours?

“I think when you are first starting off if you are a young person, for the first three years you will be taught by a takumi, working alongside him and absorbing his knowledge. We would be teaching these people carefully for three years, to teach them what’s dangerous and what’s not. And then in the fifth year into his career, he is mostly able to do what he needs to do, and maybe after 10 years into his career, he is able to set things up and possibly lead his whole team. The tenth year is a start line for a career that lasts forever, because that career depends on how well you manage your subordinates.” 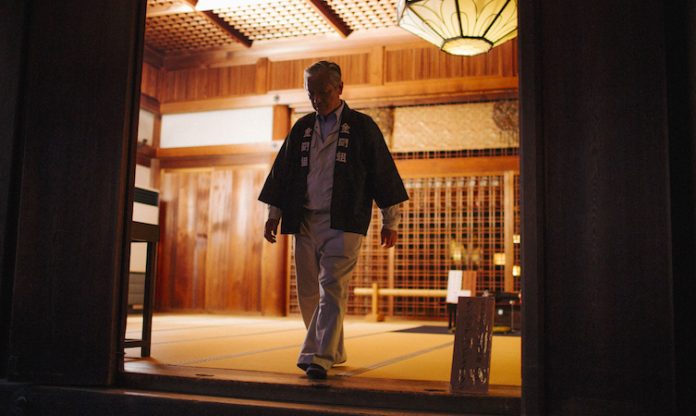 Japan has suffered its share of natural disasters. How do you earthquake-proof a temple?

“If we rebuild it using the same construction they did several hundred thousand years ago, then it’s fine. If we try to replace it with a new method then it’s not earthquake-proof anymore.”

“It has to do with the materials. For example, a five-story pagoda was made of wood and was earthquake-proof from the ancient days. It was exposed to fire, so they started using non-flammable materials on the pagoda, but then that doesn’t become earthquake-proof anymore.” 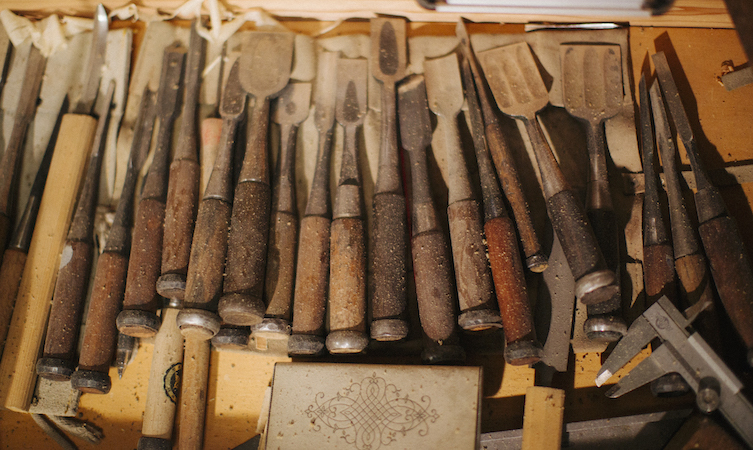 Do you think technology and machinery will have a big impact on master carpenters’ work in the future?

“I think we will use machines for bigger tasks, but with the finishing process, everything will still need to be done by hand. I think that the more time you spend working on something, the longer that structure will last. If you try to hurry that process, it won’t last so long.”

Do you see yourself retiring?

“Carpenters don’t have a retirement. I want to carry on working.”

Learn more: What does takumi craftmanship mean to Lexus?