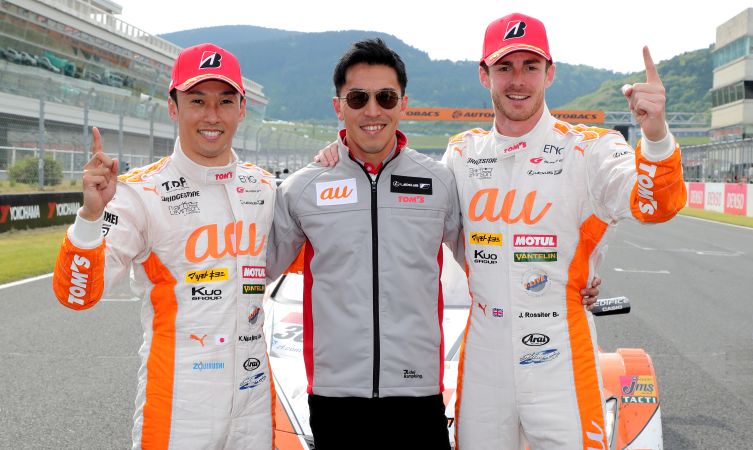 The new Lexus LC 500 has dominated the first two rounds of the 2017 Super GT championship, displaying its prowess on the technical Okayama and high-speed Fuji Speedway circuits. In the lead-up to the third round on the island of Kyushu, pundits were wondering whether the model’s advantage could be maintained on the unique contours and corners of the Autopolis circuit. 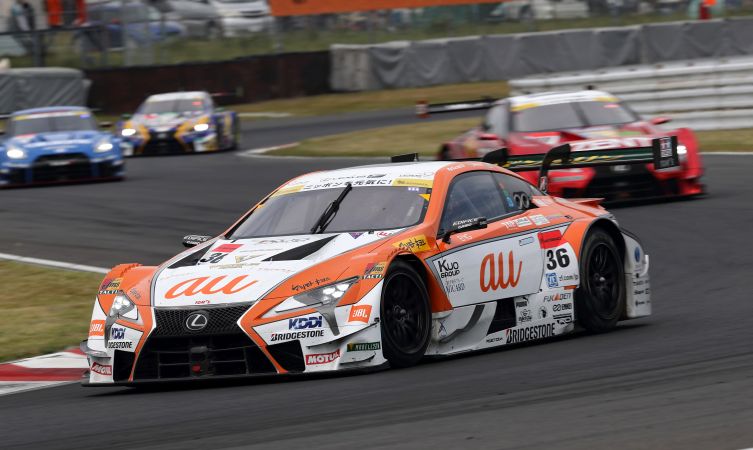 Fortunately, British driver James Rossiter helped provide an answer to that question. In addition to perfect pit stop timing, the au TOM’S team battled its way from seventh on the grid to the top step of the podium in a fierce race fought over a distance of 300km.

It’s interesting to note that Super GT qualifying has its own form of competition, where only the fastest eight cars in the first session qualify for inclusion in the second session. Five of the six Lexus LC 500s made it through to Q2 but it was not possible on this occasion for any of them to secure the front row of the starting grid. 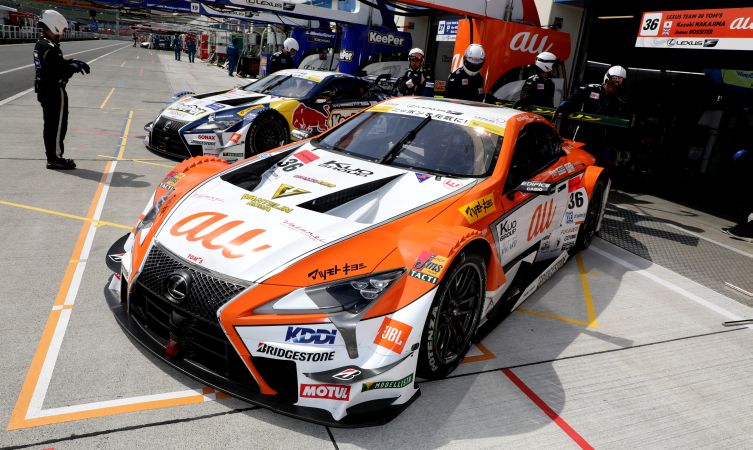 Initially, that looked to be a real disadvantage, for the lead #100 car secured the fastest lap of the entire race on lap two and generated a runaway lead of over six seconds by lap four. However, a major incident on lap five took two cars out of contention and immediately deleted any advantages during the safety car’s deployment.

Following the restart on lap 14, the front runners were again forced to concertina as they caught up with back markers in the GT300 class. This momentary hold-up allowed Kovalainen (below) to join the chase in the #1 LC 500, eventually pushing into second place by the halfway point. 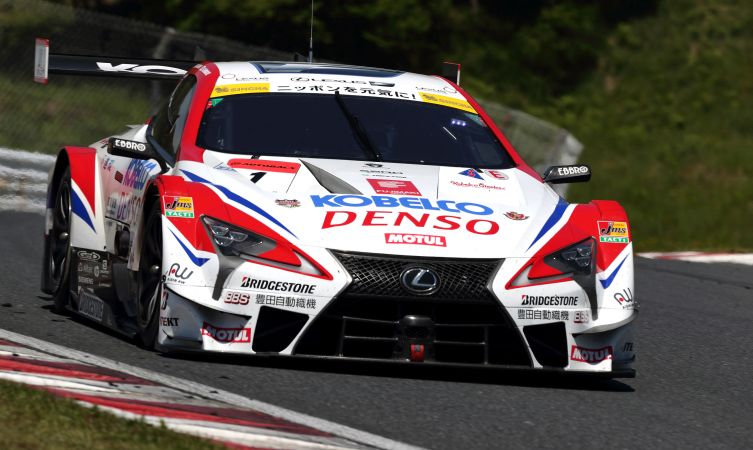 By lap 30 the teams began to make routine driver changes. In a calculated move, the #1 LC 500 entered the pits at the same time as the lead car (lap 33) but managed to emerge in front as the Denso Kobelco Sard team pulled off a lightning fast pit stop. During this period the #36 LC 500 of James Rossiter pushed incredibly hard and took the lead until lap 35, creating valuable headway that allowed fellow driver Kazuki Nakajima to leapfrog into the overall lead after their own super-speedy pit stop, ahead of the #1 LC 500. 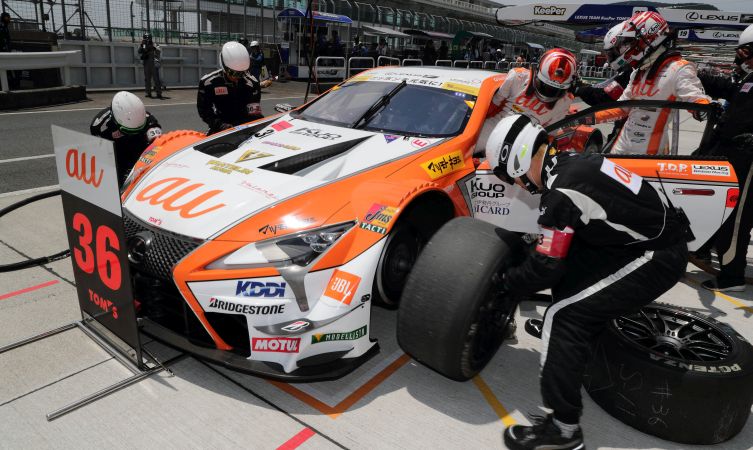 With the #36 and #1 LC 500s now in first and second position and gaining distance on the rest of the pack, a six-car scrap ensued for third place. However, the two lead cars had their own battle, an intense rivalry that ended in an unavoidable collision on lap 51. The #1 car spun off and was unfortunately hit from behind by a GT300 car as it tried to return to the track, forcing both cars out of contention.

Now unchallenged, Nakajima led his #36 car to the chequered flag with an outstanding lead of 26 seconds – team au TOM’S first win of the 2017 season and the third consecutive victory for the Lexus LC 500. 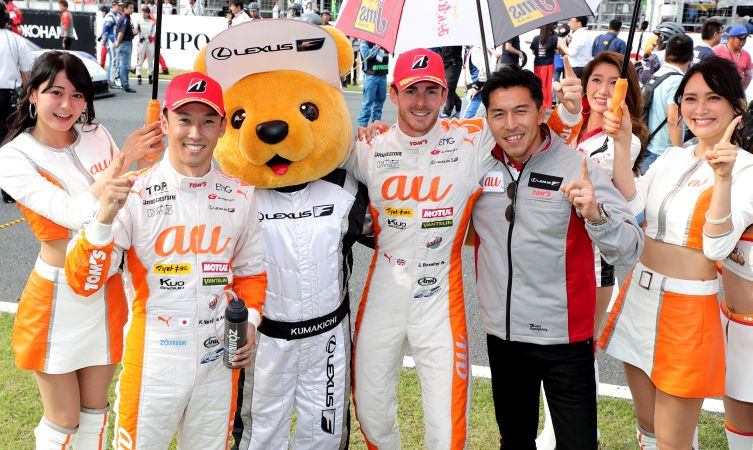 During the post-race press conference, Kazuki Nakajima commented: “After yesterday’s qualifying I was starting to lose confidence, so I decided to race calmly today. James did a magnificent job at the wheel and got us to where we could take the lead; that was more than I ever expected. I had a bad time getting through the traffic and it allowed the #1 car to catch up. There was nothing I could do about the ensuing collision and that was unfortunate. There was some damage to my machine but fortunately I was able to get to the finish first.”

James Rossiter also commented: “Today was a day full of action. At first I was running behind the battle between Andrea [Caldarelli, #6] and Nick [Cassidy, #37] and that was the toughest part. But after the safety car came out I thought the real race would be from that point on, so I pushed hard. I kept running in full attack mode and I really enjoyed it. We got the win, so I am satisfied.”

The 2017 Super GT series continues with round four at the Sportsland Sugo motorsports complex in Miyagi Prefecture, Japan, on the weekend of 22-23 July.