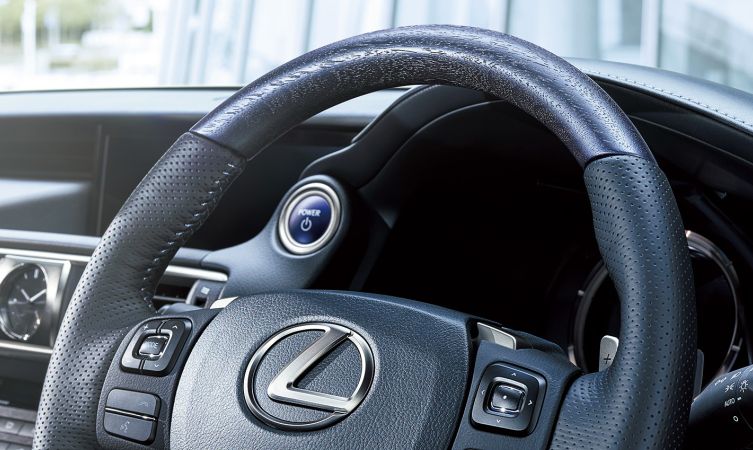 For the 2020 model year, Lexus has revealed the limited edition Lexus IS F Sport I Blue, which was inspired by aizome, the ancient Japanese craft of indigo dyeing.

The new limited edition model is named ‘I Blue’ in reference to the application of traditional Japanese indigo blue plant dye in some of its uniquely crafted features. It is experienced in the special colouring of the walnut trim of the steering wheel, and supplemented by matching blue ornamentation across the dashboard, door panels and stitching of the model’s Tahara upholstery. 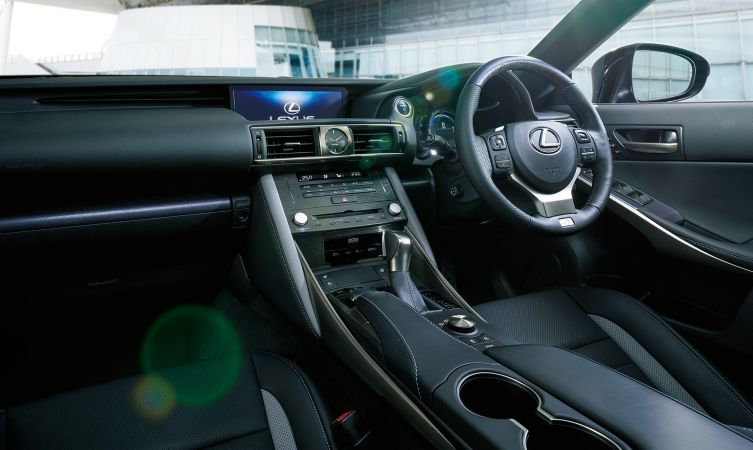 In addition to standard F Sport-specific details, the I Blue limited edition includes ten-spoke 18-inch alloy wheels with a deep, lustrous finish inspired by the LFA, and features gloss black paintwork applied across the door mirror casings, spindle grille mesh and front fog light recesses. The model can be ordered in either Azure Blue, Sonic White or Graphite Black bodywork. 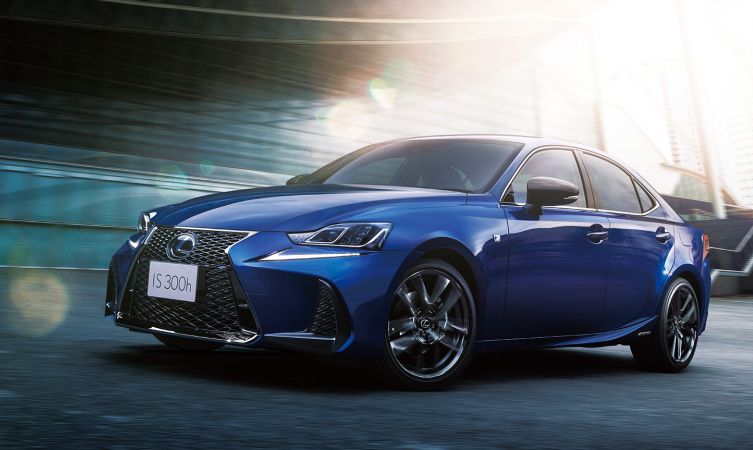 Let us now take a closer look at the craftsmanship involved in the production of the I Blue model’s distinctive steering wheel.

Lexus IS F Sport I Blue: upholding a dyeing tradition

Produced from the leaves of the indigofera tinctoria plant through a centuries-old extraction process, the natural dye has a broad colour range that is collectively known in Japan as ai-iro (indigo colour). More than 100 shades of ai-iro are recognised in Japan, from the near-white colour of aijiro to the near-black colour of noukon.

As the traditional method of creating indigo dye can take up to one year, the beautifully rich colours produced by aizome craftsmen were originally reserved for aristocrats and samurai warriors. However, the textile boom of Japan’s Edo period (1603 to 1868) saw production increase and the strong indigo dye was introduced into popular cotton products. By the 19th century the hue had become synonymous with Japan as a country, leading visitors to colloquially call it ‘Japan blue’ – a name that remains common to this day.

Most of the indigo colours produced today are synthetic, but for this project Lexus insisted on using natural indigo powder created using the following traditional, time-honoured method. 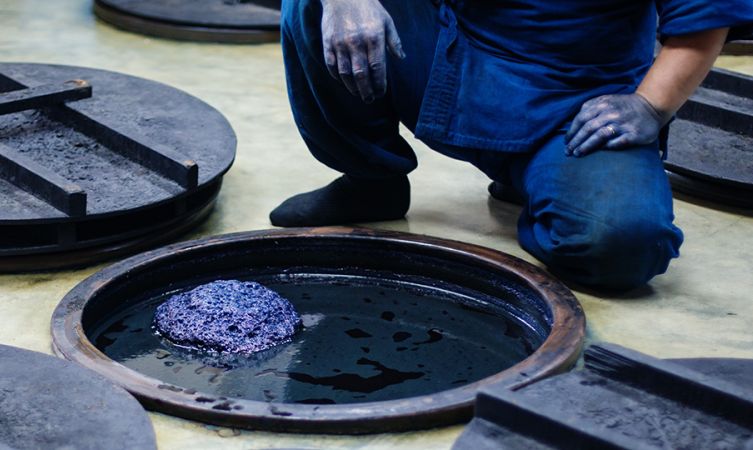 After being harvested and sun-dried, the indigo leaves are fermented into a concentrated paste called sukumo, which is mixed with lye and lime to create a liquid dye solution (see above). Further fermentation is then used to create the desired depth of colour – less for lighter shades and more for darker shades.

The specific shade chosen by Lexus for the I Blue’s walnut steering wheel trim is called kachi-iro, or ‘winning colour.’ In medieval times, this hue was believed to afford good luck on its wearer, hence why it was used to decorate the armour of samurai warriors (see below). It also had an iridescent quality in its ability to transform from a dark blue colour when in the shade to displaying vibrant scarlet and indigo tones when exposed to light. 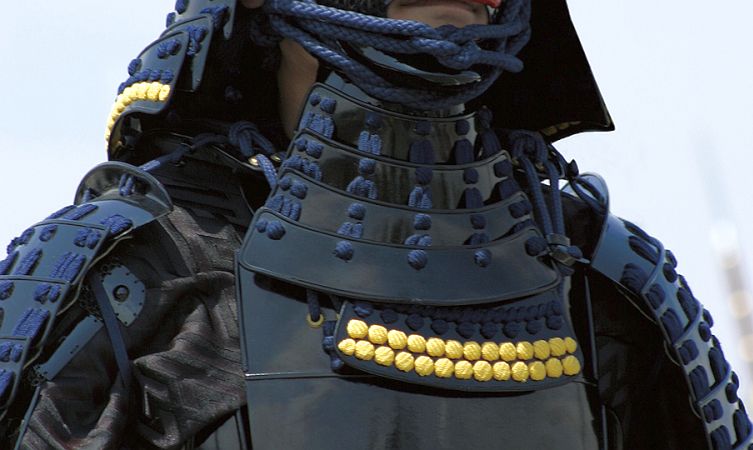 Working with aizome craftsmen, Lexus has been able to maximise this colour-shifting characteristic through the application of a special four-layer paint process over the surface of the finely polished walnut. 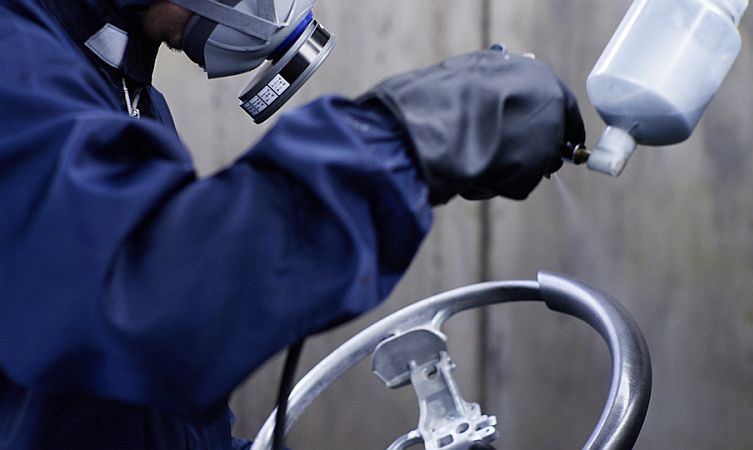 Applied entirely by hand, the process begins with a base treatment that soaks into the wood and strengthens the surface. An aluminised paint is then applied that allows the darker quality of kachi-iro to permeate from the underlying black layer, while boosting the more vivid colours from the natural aizome coating immediately above. A final layer of lacquer is then applied to seal the effect. Interestingly, the thickness of these four layers is approximately half that of traditional wood coatings, which helps retain the natural texture and feel of the walnut. 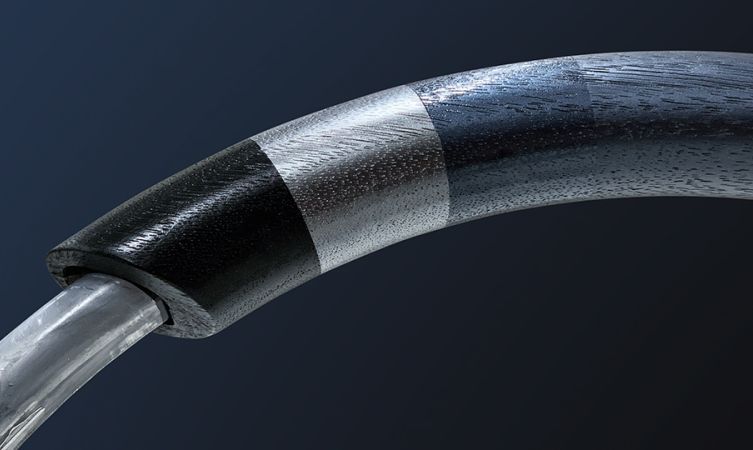 We get the impression that with this limited edition Lexus IS F Sport I Blue edition, the Lexus development team wanted to ensure that the act of steering was an experience for both the eyes and hands.