Skip to content
Home Other Lexus centre drone tour: how we did it 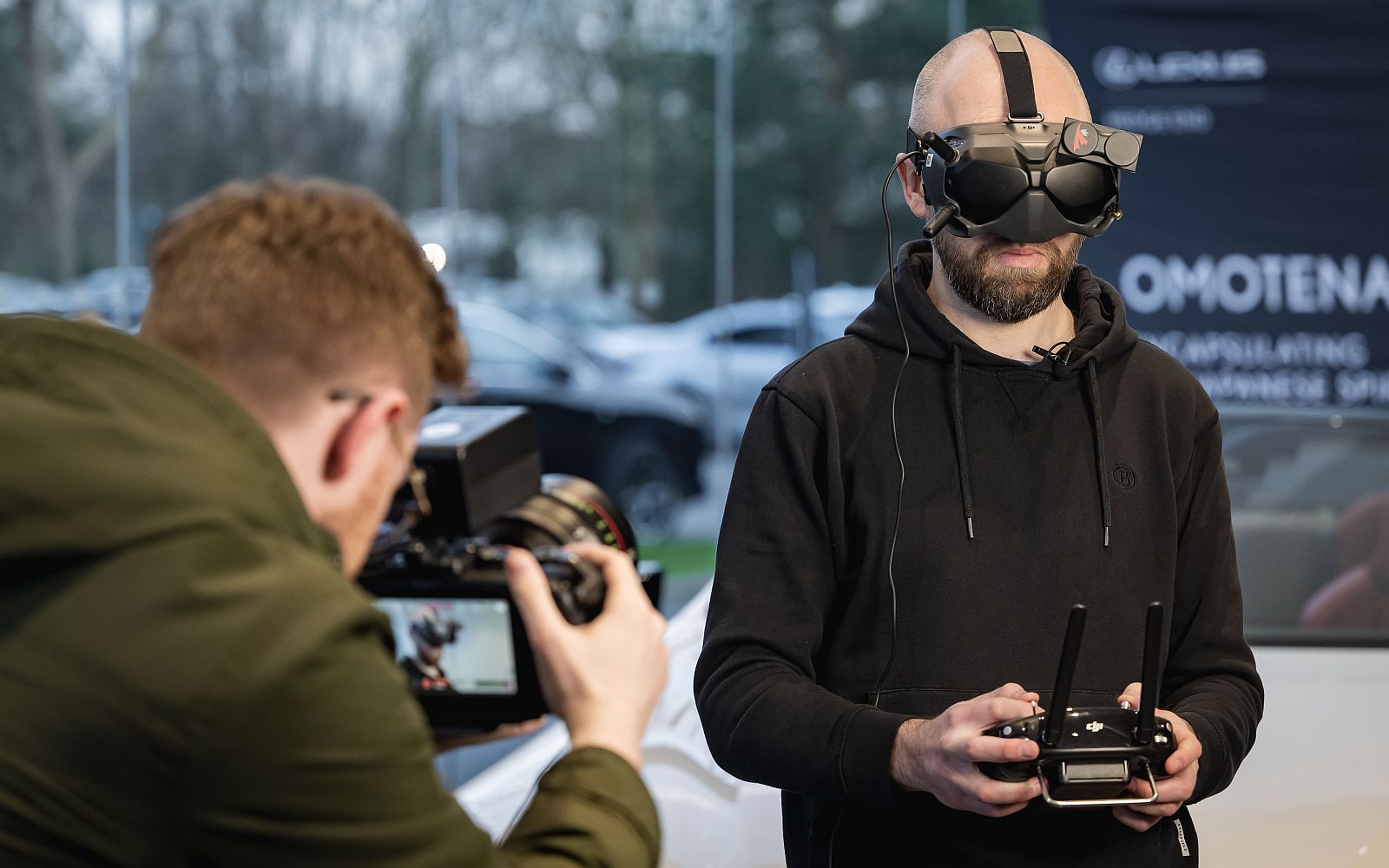 Lexus centres are renowned for displaying attentive hospitality to visitors. But for this innovative new media project, Lexus Hedge End in Southampton, Hampshire, was invited to extend an unusually specific level of omotenashi to a remotely operated drone.

Our plan was to create a single-take drone tour that offered a truly immersive experience, the like of which you may have never seen before. We wanted to make viewers feel as if they were actually flying freely around the premises – even directly through some of the vehicles – as if they had been miniaturised and were on-board, piloting the craft themselves.

Are you intrigued to see what a first-person fly-through of a Lexus centre looks like? Please watch the video below.

Fly-through drone tour: how we did it

Who captured this impressive piece of film and what equipment was used? Watch our behind-the-scenes film below and then scroll down to find out even more information.

The commission to capture this aerial footage was given to drone operator Sam Butcher, a highly qualified specialist in first-person view (FPV) flight. The process began two weeks before with risk assessment and a careful planning of the route, which it was found had to include a number of difficult transitions through narrow apertures, elevations and different atmospheric conditions.

On the day of filming, however, the Lexus centre had to remain open to the public and continue operating as normal. The flight was therefore timed so that it didn’t put any members of the public at risk, while the safety protocols for centre staff within the vicinity of the drone was clearly communicated by Sam, the director and film crew. Though their reactions appear natural, every human movement, from the sipping of a cup of coffee to a demonstration of the features of an Approved Used Lexus UX, was carefully choreographed so that it was captured by the drone as it flew past.

The drone itself was custom-made for this commission, being based around a T-motor chassis that is smaller than Sam’s usual choice of craft for FPV filming. Sam then had custom 3D printed camera mounts designed to eliminate any vibration being passed through to the GEPRC naked GoPro. This was specified so that the drone could fly through the open windows of a car yet be powerful enough to carry its battery pack and GoPro Hero 8 high-definition camera. As a matter of safety, the four propellers were protected by guards to mitigate damage or injury in case the drone malfunctioned or Sam made a piloting error. FPV drones are typically flown at speeds of around 80mph if capturing footage of a moving car, but for the Hedge End filming a much more docile drone weighing less than 250g was used to fly at a little over walking pace.

Drone operators always control their craft remotely, yet while the footage is traditionally viewed through a director’s monitor, FPV filming requires Sam to wear special goggles. Similar to a virtual reality headset, these goggles block out all other vision and generate the first-person view that the camera sees. Once you get used to the initial disorientation, this out-of-body view allows Sam to precisely judge where he is (from the perspective of the drone) in relation to static and moving objects around him. This is how Sam was able to accurately thread the drone diagonally through the front and rear windows of a first-generation Lexus IS on the mezzanine level while he was physically sitting in the back of the red NX on the ground floor of the showroom. Members of the production team were used as spotters/observers to warn of any hazards outside of Sam’s field of view.

Though challenging to capture, we feel this fly-through drone tour offers a unique perspective on the layout, functioning and welcoming environment of a typical Lexus centre. We’d love to hear your ideas about where we could ask Sam to conduct his next aerial tour.

Learn more: How the Lexus LF-30 Electrified concept could use drone technologies to help you carry luggage