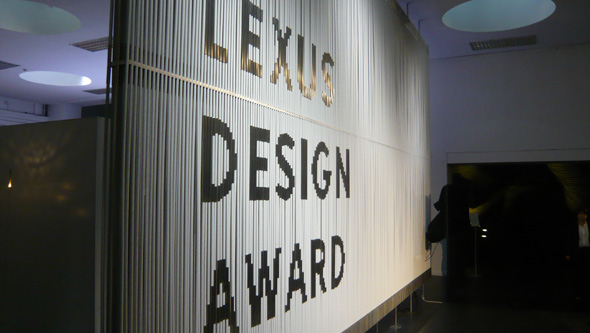 Lexus has announced its plans for the 2014 Milan Design Week, with news of an art exhibition entitled “Lexus Design Amazing” to compliment a display of work this year’s Lexus design competition.

It’s the second time Lexus has exhibited at the prestigious event, which is held over six days from April 8th. The collection of art and sculpture will be inspired by Lexus’s brand campaign concept “Amazing in Motion”.

For the first time, Lexus will be collaborating with three world-renowned product designers to produce work for the show: Fabio Novembre (Italy), Nao Tamura (Japan), and the American design team of MIT Media Lab, led by Professor Hiroshi Ishii.

Each designer will develop a single piece of work especially for the occasion. All three designers will take on the challenge to demonstrate Lexus’s vision of futuristic design outside of the automotive world. .

An addition, The winning works of the second Lexus Design Award will also be displayed at the exhibition. They all can be seen at the Circolo Filologico Milanese, from Tuesday, April 8 to Sunday, April 13, as part of the world’s largest design event, the Salone del Mobile di Milano.

Fabio Novembre
Born in 1966 in Lecce (Italy), Fabio graduated in Architecture from the Politecnico di Milano in 1992. He spent a year in New York where he attended a course in cinematography at the city’s University. Fabio opened his own studio, Novembre, in 1994.