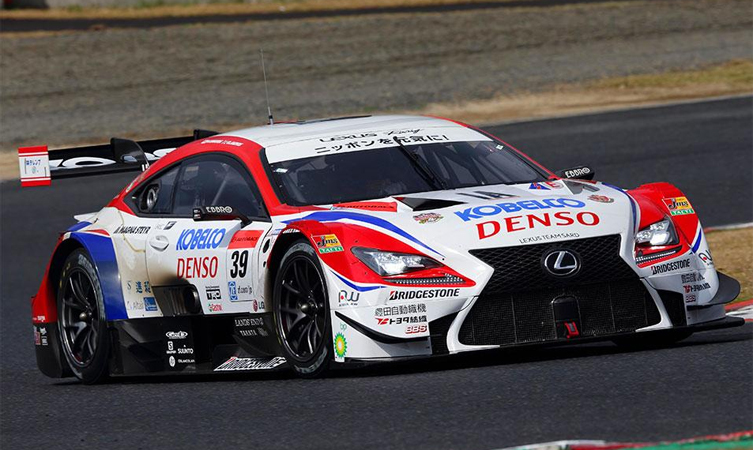 Heikki Kovalainen will race in the Japanese Super GT racing series this season behind the wheel of the Lexus RC F.

The Finnish driver, who has in the past driven for the Renault, McLaren, Lotus and Caterham Formula 1 teams, revealed he joined SARD racing team in a tweet. He will compete in the top GT500 class.

I’ll be joining @LEXUSRACINGSARD in the Japanese Super GT this season. Looking forward to a new challenge! #SUPERGT pic.twitter.com/cGP4joTHQI

“I replied immediately when I received the offer from SARD because I knew that Super GT is a high level, competitive and interesting race series like no other in the world,” said Kovalainen.

“At the test the other day, I drove the Lexus RC F with Super GT spec for the first time and got the impression that it is a very stable, fast machine. It’s a small team with a family atmosphere. Each member was very professional and Kohei [team mate] is a nice guy too.

“I am delighted with the opportunity to compete at the Super GT with this team, in front of everyone in Japan. I would like to express my gratitude to Toyota TRD also.’

My first objective is to win and would like to compete for the title until the end of the season. Heikki Kovalainen

There are six Lexus teams in the GT500 class – Le Mans ENEOS, WedSport Bandoh, Petronas TOM’S, ZENT CERUMO and SARD. Each team will race one RC F and have two drivers per car. Kovalainen’s team mate is Kohei Hirate.

There’s British interest in the GT500 class too, with James Rossiter driving for the Petronas TOM’S team. Rossiter is a former test driver for the Force India F1 team.

The Japanese Super GT series in an eight-round championship primarily based in Japan, but does have a single race at the Chang International Circuit in Thailand. The championship kicks off at the Okayama GT on April 5, and finishes up at the Twin Ring Motegi on November 15.