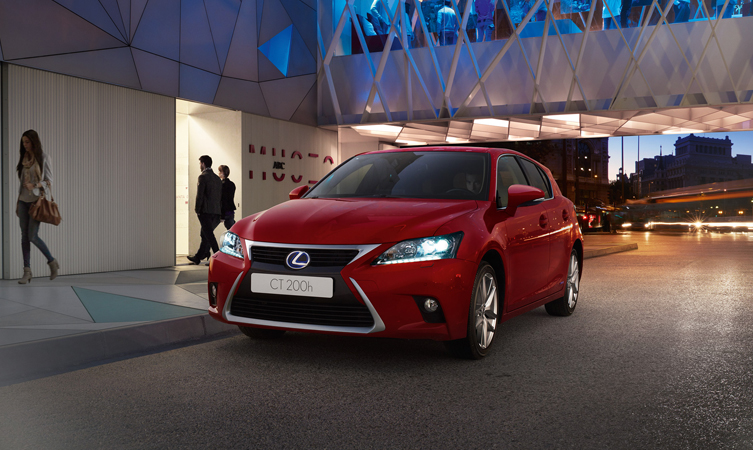 As well as an attractive price, the CT 200h has low running costs. CO2 emissions across the range fall below the magic 100g/km barrier, which means owners won’t have to pay VED road tax, and business users will pay the lowest band for benefit-in-kind taxation, at 10 per cent for the first year. Official combined cycle consumption figures are 78.5mpg for the S grade, and 68.9mpg for the other models in the range.

Inside, on board technology has taken a step forward, with the instrument binnacle now available with an integral 4.2-inch TFT screen. This can be linked to the car’s multimedia system and controlled using steering wheel-mounted controls. The second generation Remote Touch Interface controller has been revised with a push-action command switch.

The Lexus Media Display and Lexus Premium Navigation systems have been made easier to operate with better hands-free and voice recognition functions. The display can be operated using a new controller mounted on the centre console.

In a world first, bamboo has been used in the car’s sound system, as part of a range of measures to improve sound quality. Bamboo fibre, plant opal and charcoal are used in an injection moulding process to create the industry’s thinnest loudspeaker diaphragm, giving noticeably better sound reproduction.

There’s a fresh range of insert colours and combinations available for the centre console, while the door panel inserts have been reworked with new a upholstery and stitching design.

Rounding off the changes is a series of dynamic tweaks, which ensure that the 2015 CT 200h is even better to drive than before. The suspension has been revised, the aerodynamics enhanced, and greater noise suppression measures have been taken, ensuring optimal refinement. Furthermore, the hybrid drive system’s transmission control has been remapped to allow a more linear build-up of engine revs.

Further information on the 2015 CT 200h is available on the designated section of the Lexus UK website.

* Terms and conditions may apply, for full details please visit the designated section of the Lexus UK website.