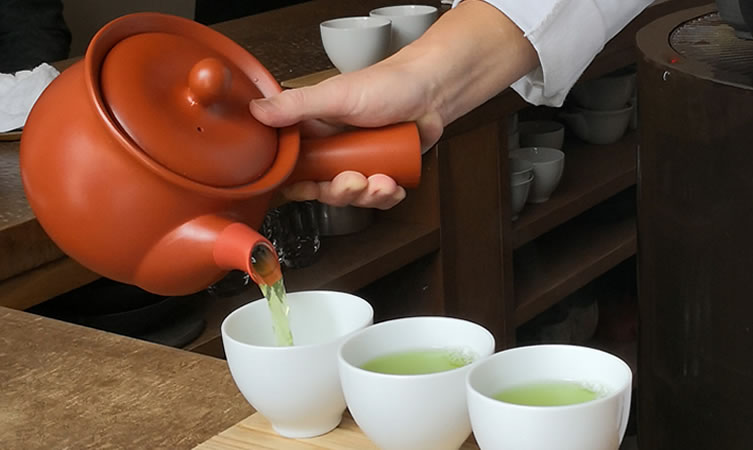 There’s something undeniably fascinating about the Japanese nation and its attention to detail, writes Rob Clymo. Go anywhere in this amazing country and you’ll find people taking the utmost care over the tiniest things; things that would probably be overlooked in other parts of the globe. From food to hospitality and all points in-between the fine people of Japan really care about the minutest detail, every step of the way. 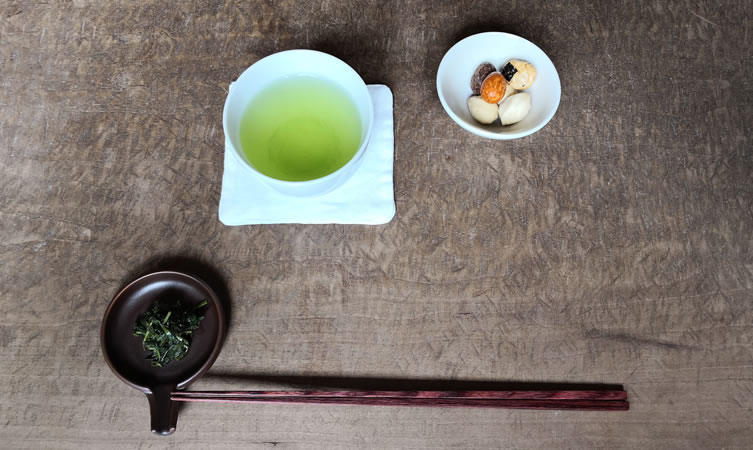 If you’re ever lucky enough to visit the Lexus manufacturing plant in Kyushu, as I did last year, you’ll see this attention-to-detail philosophy taken to new levels. Considering Lexus runs a high-volume production line the hands-on, hand-built ethos that drives this plant forwards is truly impressive. 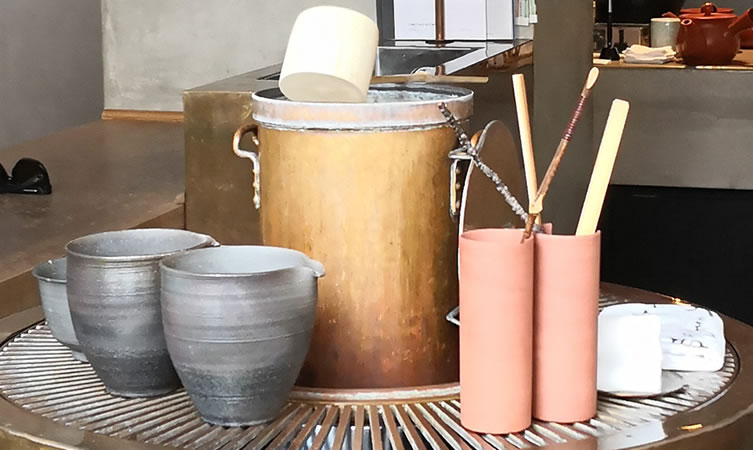 Oddly enough, if you’re also fortunate to spend a few hours at the Yorozu Tea Salon in nearby Fukuoka you’ll soon start to see many similarities between the artisan skills on show there and the expertise displayed by the Takumi master craftsmen at the Lexus factory. If, like me, you come from a world where judging a cup of tea is based on how long you’ve dunked the bag then a brewing ceremony at the Yorozu Tea Salon really is something else indeed. 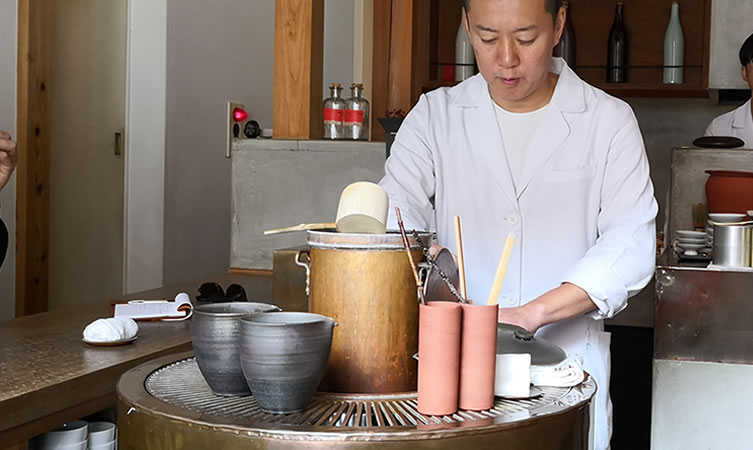 Cool vibes fill the air as you take a seat at the counter. This isn’t like your average chain outlet; it’s an experience. Yoruzo’s proprietor, Tokobuchi-san places a small dish of leaves on the counter, which it turns out is Dento Hon Gyokuro. The finest tea money can buy. It’s not mass-produced. In fact, you get the distinct feeling that every single leaf has been nurtured and cared for by hand. 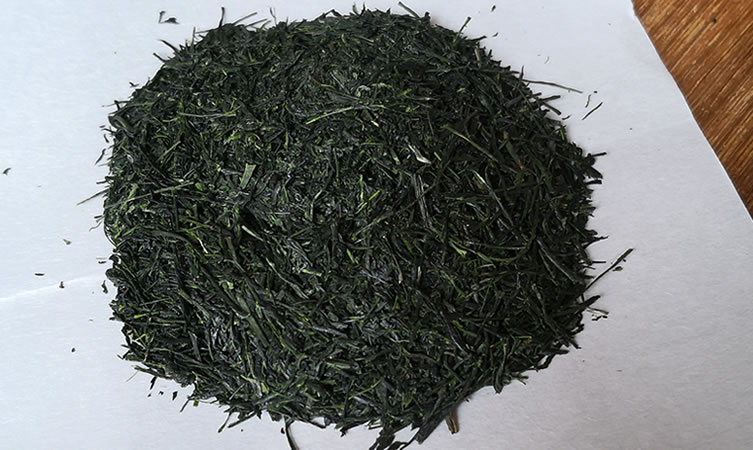 The tea is actually so good that it’s used for three different servings, with each tasting going through a series of almost ritualistic procedures that make the experience all the more incredible. Alongside the green tea there are astonishing nibbles, also prepared with dazzling professionalism. You pay a lot for the experience, with the bowl of leaves running into the hundreds on its own. 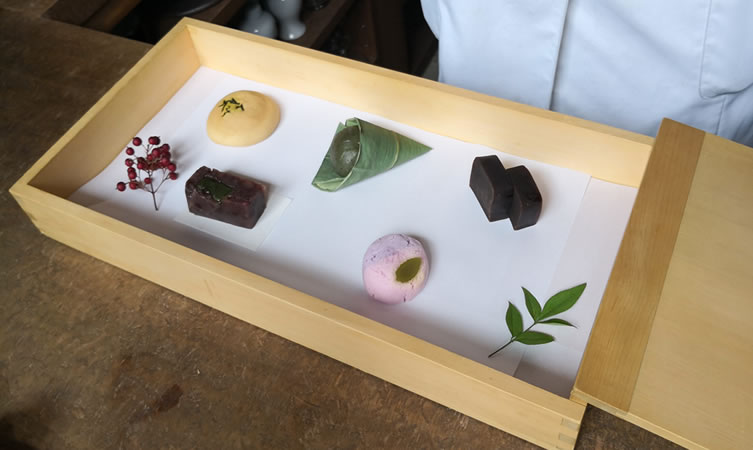 But, much like an amazing Japanese meal, or indeed owning a Lexus, you get an awful lot in return. So good is the tea that we finish by eating the remaining leaves with chopsticks. It provokes a distinct feeling of umami; the suitably cool Japanese word that’s used so perfectly to sum things up when you tap into the ‘fifth taste’. 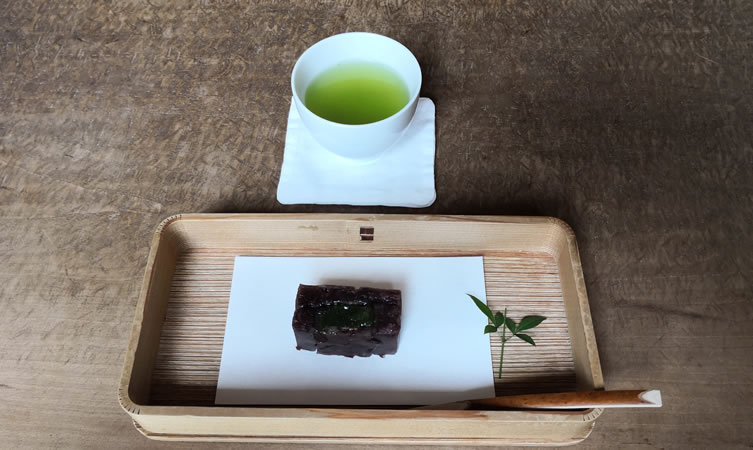 Visiting the Lexus facility beforehand had provoked similar sensory uplift, particularly when it came to seeing how much effort had been put into the Takumi-crafted interior of the Lexus LS saloon. Let’s take the front door panel as an example. Look closely at the way this has been styled and you’ll see that same obsession with detail, especially when it comes to the elegant panel that surrounds the door handle.

During the initial design process a piece of glass was carved by a craftsman who used nothing more than a grinding wheel and his freehand skills, in order to produce the master prior to production. It would have been easy to do this on a computer. But, typically, Lexus went the extra mile and got a glass-engraving artist to create it. 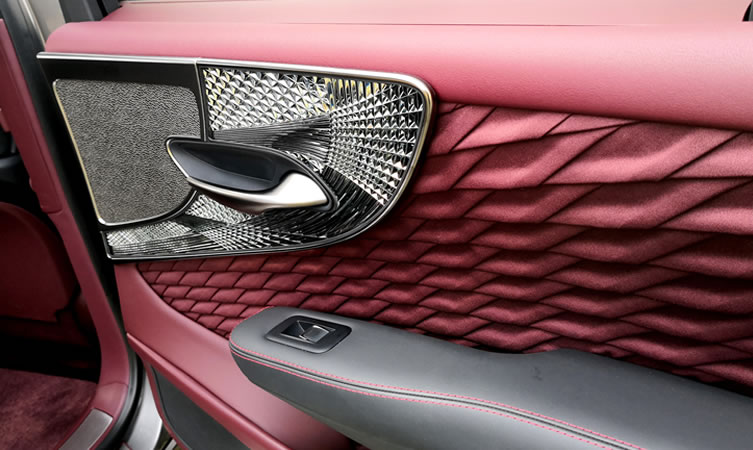 Holding the original item next to the end result it was fascinating to see how the people of Japan are so adept at blending traditional skills with innovative new production techniques. The same goes for the pleating that surrounds this eye-catching component. A designer who was more used to producing high-end fashion items was commissioned to create this exceptional style statement. The result is a door card like no other.

Those little details make driving the Lexus LS quite unlike anything else out there. It’s almost as unique as a ceremony at the Yorozu Tea Salon in fact.