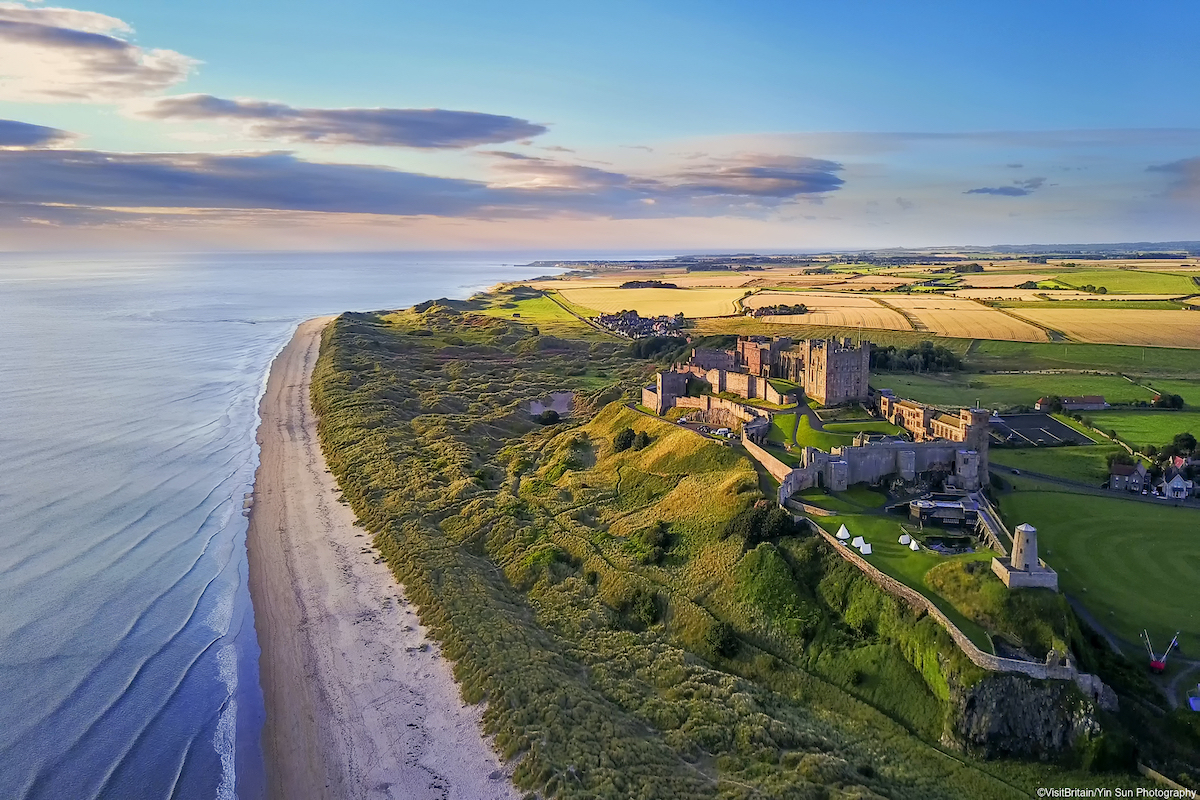 There are over 43,000 public charge connectors in the UK – that’s far more than the number of fuel stations to charge your car. And as the network grows, they’re popping up in some incredible places: beside beautiful beaches, in national parks, at historic landmarks, and on the shores of the UK’s finest lakes, lochs and waterways.

Here are some of our favourite plugs-with-a-view, in all corners of England, Scotland, Wales and Northern Ireland. To pin-point the exact locations and check connection types, use a charge-point locator map (such as Zap Map) – and always phone ahead or search online to check the chargers are working.

If you’ve found a beautiful charging spot of your own, we’d love to add it to this list – so please let us know in the comments, or via social media.

Built in the style of a French Renaissance château, Waddesdon Manor brings a dash of flamboyance to Oxfordshire and the Chilterns Hills – with its fairytale turrets, lavish interiors, and gardens adorned with elephant sculptures. There are four car parking spaces with fast (and free) chargers, while you refuel on afternoon tea or a picnic hamper from the Manor Restaurant.

On the shore of Coniston Water, the Coniston Boating Centre offers paddleboarding, kayaking, canoeing and steamboat trips – and, for your Lexus, four charging points. All profits from the chargers are used to support conservation projects throughout the national park, so grab a coffee from the Bluebird Café and enjoy the view. On the opposite side of the water, Grizedale Forest is famous for its rare red deer – with hiking and cycling routes for all abilities.

Just a few steps from the mighty Bamburgh Castle, you’ll find two 7kW chargers (in the Links Road car park) – and no shortage of things to do while you wait. There’s over 1,400 years of history to explore in the castle itself, from Anglo-Saxon weapons to Spitfire memorabilia, while the surrounding beach is perfect for long rambles. Stop for a slice of home-made lemon loaf at the Copper Kettle Tearoom nearby.

Literally chiselled from the cliffs of south-west Cornwall, the Minack Theatre is an amazing place to catch outdoor concerts, films and plays – with the Atlantic Ocean as its backdrop, and blooming gardens all around. While you’re watching the show, the car park’s 7kW charging point will give your Lexus a boost too – leaving you ready to explore the Lizard Peninsula, Penzance, and as far as Land’s End (where there’s also a rapid charger at the Visitor Centre).

There are multiple charging points throughout the beautiful peaks and forests of Snowdonia National Park – including the pretty village of Betws-y-Coed (at Moel Siabod Café), the carpark of Talyllyn Steam Railway, and the visitor centre at Coed y Brenin – famed for its thrilling mountain-bike trails. For peaceful woodland walks in the foothills of Snowdon, head to the National Trust’s 200-acre Craflwyn Estate – which has a slow charger in its car park.

With its wide, golden sands and naturally sheltered water, Rhossili Bay is one of the most glorious coastlines in Wales. Though it’s just 50 minutes from the M4, it’s also thoroughly unspoilt – featuring little more than a couple of cafés. There’s a slow charger in the National Trust car park, which is a short walk from the beach: ideal for picnics and paddling in summer, or long windswept strolls in the cooler months.

There are more than 50 EV points across Scotland’s Cairngorms National Park – many with spectacular mountain backdrops. After plugging in at Tomintoul village (in the public car park), you can explore the moorlands and waterways of Glenlivet Crown Estate, whose entrance is right next door. Meanwhile, the rapid chargers at Braemar (in Balnellan Road Car park) have the 17th-century Braemar Castle – and its gorgeous glen views – just a 13-minute walk away. After the winter snows, skiers and snowboarders head to the slopes at Aviemore: here, there are three public charging spots to choose from.

While you’re charging your battery at Arrochar Car Park, you can gaze over the water and woodlands of Loch Long – on the edge of the Argyll Forest Park. It’s definitely the most picturesque rapid charging station in Loch Lomond and the Trossachs National Park, but this bonnie reserve offers plug-ins at 12 more locations, with 40 chargers between them. Great news if you’re planning to explore its lochs, woodlands and peaks.

Take a walk on the wild side at Oxford Island Nature Reserve, overlooking the water of tranquil Lough Neagh. Its meadows are busy with butterflies, its reedbeds a-flutter with birds, and its woodlands hopping with rabbits – plus otters, sparrowhawks and egrets to spy too. For family-friendly walks and picnics, this is a fantastic spot: Lough Neagh Discovery Centre provides facilities, a café, and two fast chargers in its car park.

Stretching between Belfast and Derry-Londonderry, the 212km Causeway Coast Route is sheer road trip nirvana – with untrammelled beaches, historic landmarks, and plenty of fun stop-offs to explore. The Giant’s Causeway rock formations are a highlight, as is Ballycastle Beach: a sandy bay renowned for its surfing and watersports. A 15-minute walk away, you’ll find two fast chargers at the DRD Carpark – perfectly placed, as this is the route’s midpoint.

Read more: 7 reasons why the Lexus UX 300e is great to own