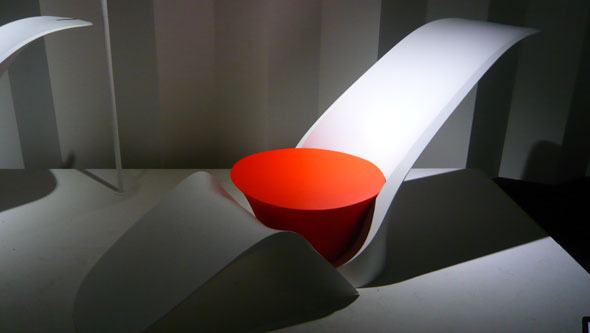 Part trade show and part public spectacle, the annual Milan Design Week is where the world’s most famous designers and manufacturers congregate each April to exhibit their own work and view the ideas of others.

Now in its 52nd year, the original Salone Internazionale del Mobile – sometimes better known as The Milan Furniture Fair – is still the main event, featuring thousands of exhibitors including all the big Italian manufacturing names, from Cappellini to Kartell and Moroso to Serralunga (the latter brand, a previous ‘Lexus Recommends’ subject in its own right). But over the years, such has been the Salone’s success in attracting business and visitors to the famous Northern Italian city every spring, many separate design exhibitions and ‘event zones’ have sprung up across Milan and are getting to be almost as important as the main event.

Often catering for alternative smaller producers and up-and-coming designers who may not want, need, or be able to afford, bigger spaces, these satellite areas are awash with well-dressed, design-savvy people hopping from event to event, whether in the well-established Zona Tortona and Brera ‘design zones’, to the more recent ones like Ventura Lambrate and MOST (curated by English designer Tom Dixon). Due to the variety of their locations – sometimes tucked down a hidden alley or in a temporary open-air exhibition space just off the main street – they add a welcome extra dimension far removed from a regular ‘trade show’ visit and make Milan in mid-April an incredibly exciting place to be.

Indeed, according to the thick handbook produced by respected interiors and contemporary design magazine Interni there were 400 events this week, covering everything from new concepts in furniture, and lighting, to product design, architecture and cars. Talking of which, Lexus has known about Milan Design Week’s importance for years, having exhibited there on several occasions and it did so again in 2013, but not with a car. Instead it installed an extraordinarily large sculpture entitled ‘Amazing Flow’ into the Museo della Permanente and showcased the winners of its Design Awards there too (see the Lexus Blog for our separate story).

So even if you only have a passing interest in design, or just fancy getting a few ideas before buying a new living room rug or that big designer sofa you’ve been promising yourself, visiting Milan in Design Week will provide more inspiration than you ever thought possible. See the website of event organisers Cosmit for more information www.cosmit.it/en/milano/events